When 2023 rolls around, it will be interesting to hear what Miles Johns has to say about 2022. A lot of that will likely ride on what happens on Saturday when he faces Vince Morales in Las Vegas, but up until the Octagon door shuts at the UFC APEX, it’s been quite eventful for the 28-year-old.

First, there was only his second UFC loss, a submission defeat at the hands of John Castaneda in February that was followed by a positive test for Adderall, drawing Johns a USADA warning and a six-month suspension. Next up, Johns and his family moved from Texas to Missouri, and that was even tougher than the loss and the forced trip to the sidelines.

“It was a real hard decision for me,” said Johns, who now trains with James Krause and the Glory MMA squad after a decade with Sayif Saud and Fortis MMA. “I had been at Fortis for 10 years, I love all the guys over there, they'll be my brothers forever, and I have a lot of respect for coach Sayif. But you only get to do this one time, so I just felt like it was something that I needed to do for me as a fighter. I felt like I needed a change of scene and just get different looks, so I'm over in Kansas City, training under coach Krause at Glory and loving it.”

His wife and three kids love it, too, especially since the Kansas native is under three hours away from his in-laws’ ranch and getting back to his life roots did play a role in the move.

Johns is happy and secure in his new surroundings but making that type of training switch when you’re an up and comer is one thing; doing it when you’re five fights into your UFC career is another, and “Chapo” knew the risks in such a career – and life - decision. 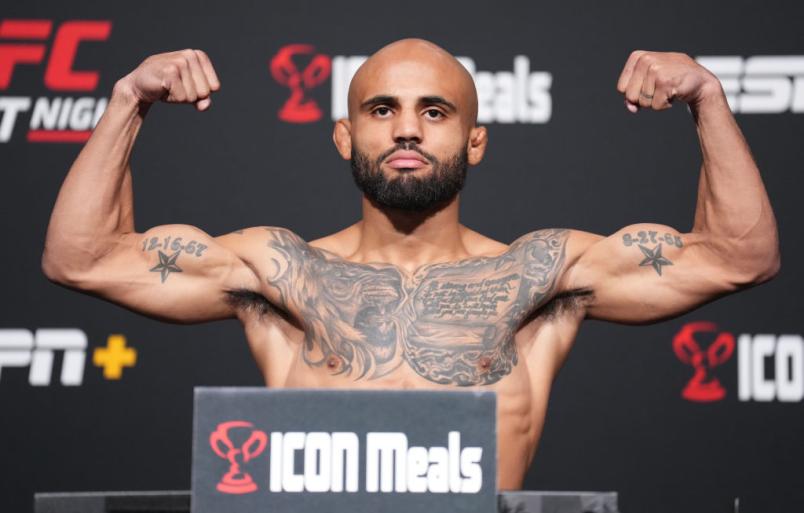 Miles Johns poses on the scale during the UFC Fight Night weigh-in at UFC APEX on November 18, 2022 in Las Vegas, Nevada. (Photo by Chris Unger/Zuffa LLC)

“It is risky when you're at that position, but that makes it a lot more crucial,” he said. “Because if you're having any questions or any doubts, you only get to do this once, so I am in the UFC, the biggest show, but I feel like I'm a baby in that. I have a lot to show and I haven't even started my run yet. I plan to definitely make a run for the belt, so we're gonna uproot everything after we already made it here, and that's risky, but if you don't, then this part of your career could end and you could be regretful. It was all those mental battles and a lot of talking. I'm super grateful for my wife for being there and supporting me. It was tough, but I'm happy to just be here now and finally get to focus on a fight.”

He’s going to get one out of Morales, and adding to the degree of difficulty is the face that Johns is stepping in on short notice, replacing Jose Johnson. Johns is ready, though, admitting that he wanted a fight in November, or at least by the end of the year. Krause asked if he was interested in a short notice gig, he was, and he got it. Now it’s time to get back to the form that led him to back-to-back Performance of the Night knockouts over Kevin Natividad and Anderson dos Santos in 2020-21, and having not reached 30 yet, he may be in that youthful prime at this very moment with the experience of a veteran. 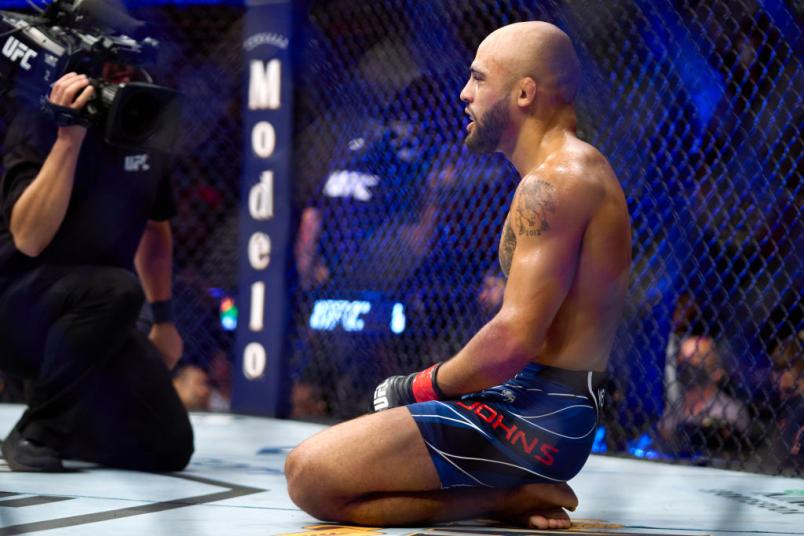 Miles Johns reacts after defeating Anderson dos Santos of Brazil in their bantamweight bout during the UFC 265 event at Toyota Center on August 07, 2021 in Houston, Texas. (Photo by Cooper Neill/Zuffa LLC)

“I love thinking about it like that, and I do believe that is true,” Johns said. “I'm learning so much now, and I still have so much to learn, so it's really motivating and it keeps me driven. I'm 28 right now, and I've started to realize that this window of opportunity slowly starts to close. You can't fight forever, but at the same time, I still have a lot of time. I feel like this is gonna be Phase Two of my career. I spent ten years under coach Sayif and I plan to spend ten years under coach Krause, and I think I can keep growing for three years and then be ready for a belt. It's really exciting to think that I'm still young and still have so much opportunity.”