Light Heavyweight Focused On What He Can Control Ahead Of Feb 6 Return
By Thomas Gerbasi, on Twitter: @TGerbasi • Jan. 28, 2021

Don’t sweat the small stuff. Sure, it’s a catchy phrase made for Instagram posts, but it’s also a motto Mike Rodriguez lives by.

So when the 32-year-old was on the short end of a controversial loss against Ed Herman last September, he was annoyed (he is human, of course), but he didn’t let it weigh him down or keep him from moving forward in the UFC light heavyweight division.

“It's one of those things you let go,” said Rodriguez, who faces Brazil’s Danilo Marques on February 6 in Las Vegas. “I moved on, moved forward, I'm already thinking about Danilo, and I like the matchup a lot.”

That’s a lot more mature than some would be after being on the verge of a knockout victory, only to have a telling knee to the body be ruled a low blow. That call by referee Chris Tognoni allowed Herman time to recover, and in the next round, he submitted Rodriguez. It was a veteran move by Herman, one which didn’t sit well with Rodriguez’ high school buddy, Harley, who was a big fan of “Short Fuse” before September 12.

“He was very, very disappointed with Ed,” laughed Rodriguez. “He said some not so nice things about Ed.”

As for the man who saw the victory slip away, he has a grudging respect for his opponent.

“You gotta give respect where respect is due, so I give it to him.”

On the bright side, Rodriguez did get paid his win bonus by the UFC, and the turnaround was quick to get him back into the Octagon, so the South Easton product has no complaints.

“I feel more of a winner than I do a loser, so that's good,” he said. “The UFC have been nothing but awesome to me - they still paid me my win bonus, so it's been pretty cool.” 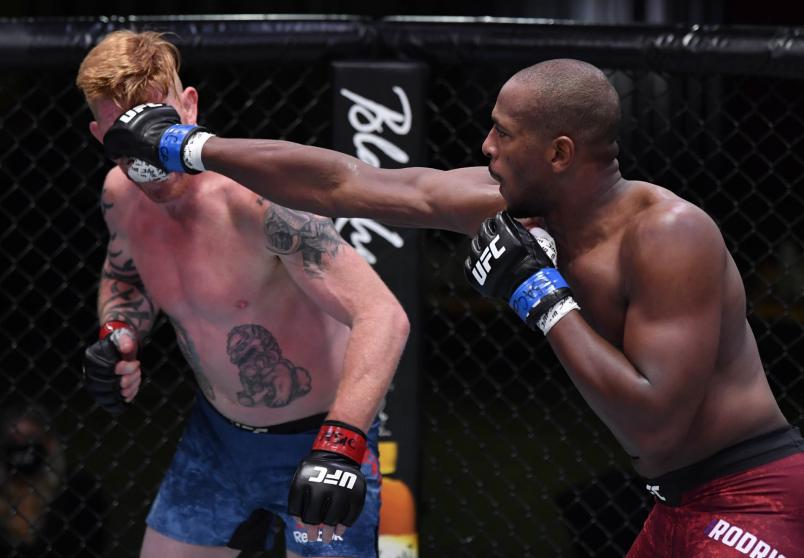 And he didn’t look too shabby before the end, either.

“Yeah, I just watched it a couple days ago and not to toot my own horn, but I looked pretty good,” he laughs. “I looked damn good.”

It was the kind of performance Rodriguez needed after he broke a two-fight winless streak with a first-round knockout of Marcin Prachnio last August, and while he didn’t get the result he wanted against Herman, being busy and happy with his performances in the last year has him satisfied with what took place in 2020.

“2020 was really good,” he said. “I think one of the big things to it is that I didn't let any external distractions get to me. I just did what I needed to do. I focused on what I could control and didn't give a f**k about things I can't. I continued training to be the best I can be, and that's what I did.”

It wasn’t always that way for Rodriguez, but it’s the way he lives his life these days.

“A lot of things, I would catch myself getting invested into them and then I had to stop and reel myself out,” he said. “And you get better at it. Now, if there's something I can't do anything about or change, I'm on to the next. I don't got time to focus on that. I just focus on things I can control.” 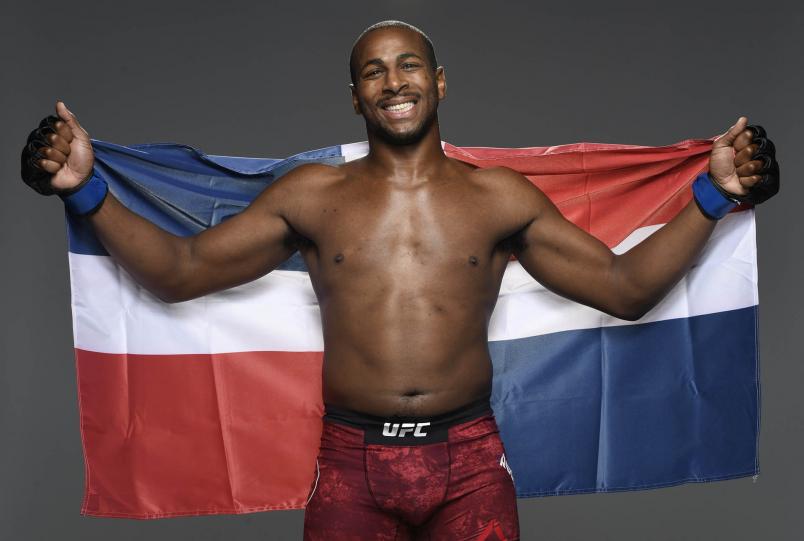 And what he can control now is his preparation for Marques, who debuted in the UFC last September with a win over Khadis Ibragimov. Rodriguez expects to halt that UFC winning streak at one, but past that, he’ll wait and see.

Yet Rodriguez is not one to leave anyone hanging, so he will make one general prediction for 2021.