"I think I’ve found my place and my niche and I’ve been developing a style that’s not only effective, but exciting to watch." - Mike Pierce 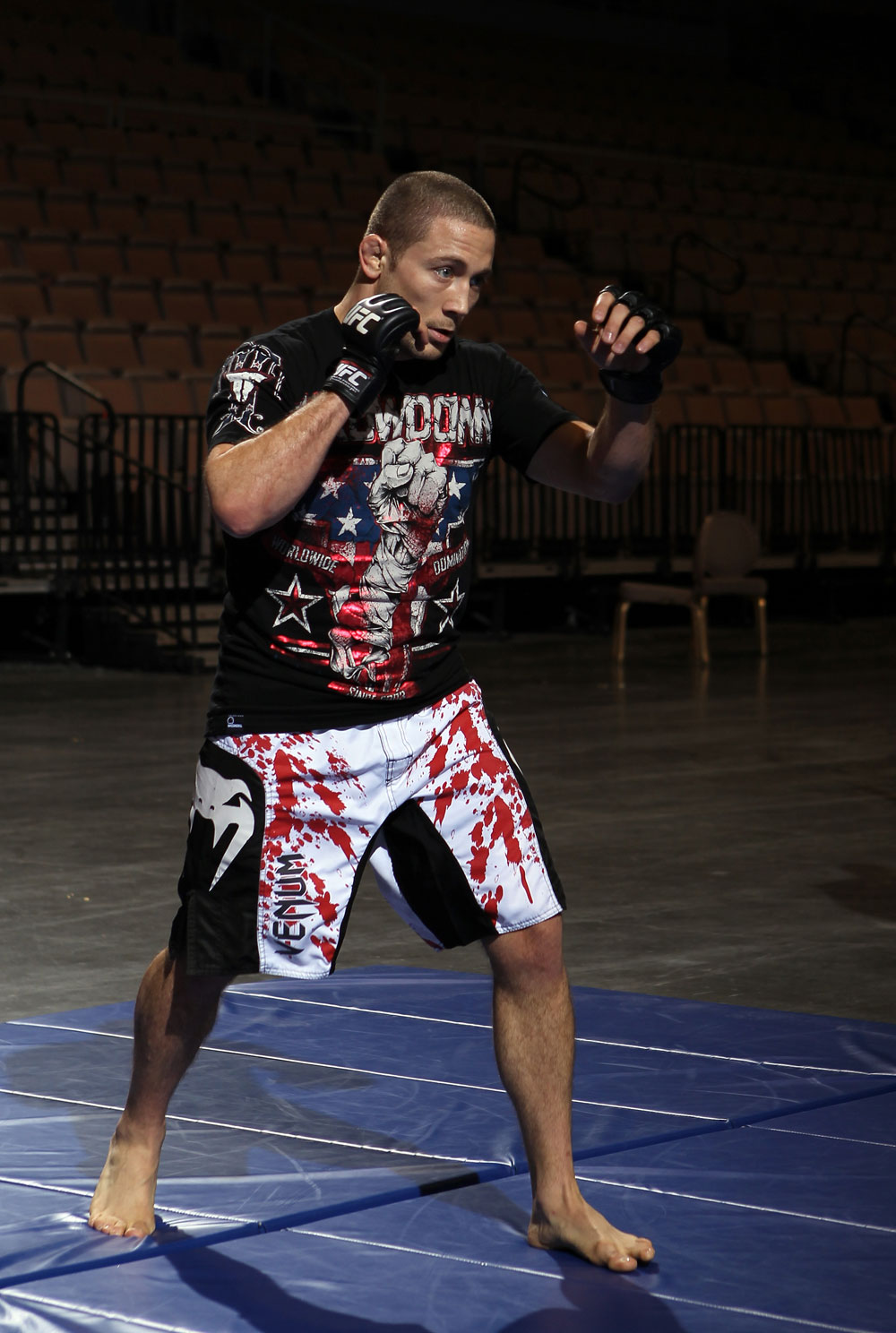 The squeaky wheel gets oiled. Mike Pierce knows that now, and he kinda likes the whole idea.

“It was kinda nice when you ask for something and you get it,” said Pierce, who took to Twitter in December to ask UFC President Dana White and CEO Lorenzo Fertitta for a February 4th matchup with Josh Koscheck. Well, he got his wish.

“It was great, I should have done it years ago.”

For Pierce, it’s been a long road to Las Vegas and the main card for Saturday’s bout with the former world title challenger. 5-2 in the Octagon, with his only losses coming via decision to Jon Fitch and Johny Hendricks, the Portland native was that ‘middle of the road’ contender who had some spotty outings early in his UFC career but who was starting to hit his stride with his 2011 wins over Kenny Robertson and Paul Bradley.

“I’ve been with the company three years now, I hope I picked up something along the way,” he laughs. “But I think I’ve found my place and my niche and I’ve been developing a style that’s not only effective, but exciting to watch.”

Yet without a spectacular victory over a big name foe, he was probably stuck in the preliminary portion of the card until a long win streak would give him his shot. Or he could just take his chances and call out the biggest available name. So that’s what he did, choosing Koscheck as the object of his tweets.

“He (Koscheck) would give me a little more credibility, he’d put me in a good spot if I beat him, and the other thing is that he’s just one of those guys that I think the fans just don’t like, and they would really love to see someone kick the s**t out of him, and I want to be that guy.”

Pierce got the fight, but Koscheck hasn’t been his usual loquacious self this time around, something that surprises his opponent.

“He’s been unusually quiet this time around,” said Pierce. “I don’t know why he hasn’t been his normal Josh Koscheck self. A lot of people have been asking me ‘why do you think he’s like that.’ I don’t know, ask him. (Laughs) I just saw an opportunity there to fight one of the top guys, he’s been around a long time, he’s someone I wanted to fight, I asked for it, and I got it.”

It is a tough fight for Pierce on paper, but he’s had plenty of experience taking on wrestlers in his UFC stint thus far, with Fitch, Hendricks, Bradley, and Robertston all coming from Division I programs. So getting in there with a former D-I national champion in Koscheck isn’t an issue.

“I would love to do nothing but beat up on Brazilian Jiu-Jitsu guys and smash them all day long, but the guys that are at the top are typically the wrestlers,” said Pierce. “You can look division through division, and whether they’re wearing belts or not, a lot of the top guys have strong wrestling backgrounds. It’s just one of those inevitable things where you’re gonna fight a lot of wrestlers, so it comes with the sport.”

And Pierce is no wrestling neophyte, having briefly competed for Portland State University’s mat squad.

“It always gives a little extra incentive to try to one up someone in a fight where we both have strong wrestling backgrounds,” he admits. “Of course, he won a national title and he was an All-American four years in a row. I didn’t really stick with wrestling for as long as I could have. I got bored with it, and it was time for me to move on and do different things, and I chose a different path. Had I stayed with it, I’m sure I would have been an All-American at least once or twice, but I’m in the sport where I want to be now, and my background and titles that I did have or could have had don’t really mean anything to me, and neither do his.”

What Pierce will definitely be looking for is Koscheck’s right hand, a lethal weapon that has ended many nights for opponents, but also one that he believes is easily detected.

And at 31, Pierce knows that the time is now if he wants to make a move on the ever elusive world title, so a win over Koscheck is imperative.

“I’m not getting any younger,” he said. “I’m in this sport to be the best and to have a title and that’s always been my goal at the end of the day. And if that’s what it takes, another fight or another two fights to get there, then so be it. I’m just gonna keep coming until I’m there.”

“I haven’t been putting any thought past Josh Koscheck,” he laughs. “I’ve been focusing primarily on him, and when it comes to that, I’m sure I’ll be able to come up with someone. Hopefully, I’ll get it again. It worked this time, maybe it will work again.”