For Mike Perry, it's not personal, it's survival 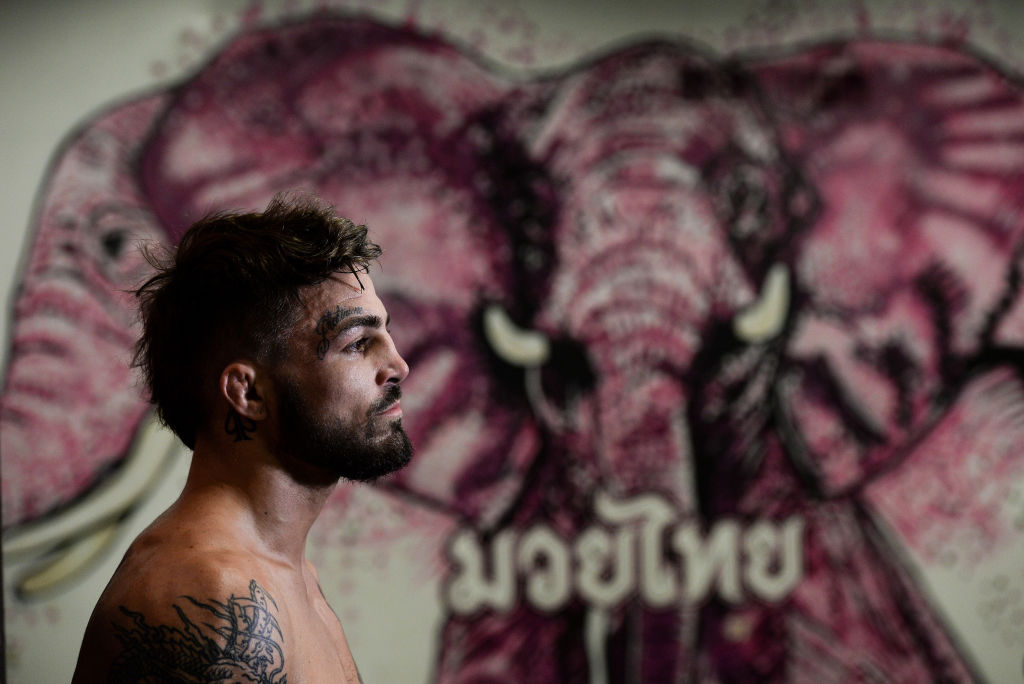 Talk to Mike Perry for any length of time, and you’ll realize that there are two sides to the brash knockout artist. But he doesn’t necessarily agree.

“Yeah, there’s probably a couple more than that,” he laughs. It’s a little over a week away from this Saturday’s UFC Fight Night co-main event in Pittsburgh, and he’s unconcerned with Hurricane Irma hitting his adopted home state of Florida or anything outside of his upcoming fight.

That’s the attitude a 26-year-old rising star should have, and it’s one that he’s held since he was a kid with dreams of one day becoming a world champion.

“At a young age, 11 years old, I was saying that I wanted to be a world champion,” he said. “I was training in the front yard and back yard with friends with gloves on and watching YouTube. This was the path for me.”

It may have been a path ingrained in him from birth, as he came up the hard way in a town known for producing world-class fighters. Flint, Michigan is the home to the likes of renowned boxers Claressa Shields, Chris Byrd and the Dirrell brothers, and Perry might have followed in their footsteps in the ring if not for a move to Apopka, Florida at eight. And from the start in his new home, he was tested, but more than willing to fight back.

“It’s kinda funny, but when I was a kid, I used to tell the kids on the school bus in Florida that they wouldn’t last up there in Flint,” he said. “But that was before I went to South Apopka and hung out with my friends from Florida. Both places are very similar. The places are beat up and run down, but the people are thriving and just trying to make it out.”

With a 10-1 pro MMA record that includes three UFC victories, all by knockout, Perry had made it out. In fact, as he approaches his fifth Octagon bout against late replacement Alex Reyes, he’s even started looking at life after fighting.

“Since the UFC retreat and things like that, it’s opened my mind to fighting being a platform and growing off of fighting,” he said. “Fighting is more of like a school of life for me, and it’s the best way to teach me because I’m hard-headed. But I bought a house with my hands and now I’m thinking about real estate and investing and things like that. I have no idea what I’m doing (Laughs), but I want to learn a little bit at a time and hopefully one day find other opportunities and jobs to get money – the same great money, but in different ways.”

This reflective, future-leaning Perry is a far cry from the one fans see on social media or on fight night. That guy can ruffle some feathers, and not just among UFC followers, but his fellow fighters.

“As long as they’re talking about me, whatever,” he said. “Some people want to hate me, some people want to like me. They all just want to have a reason to watch the sport and I bring a draw that a lot of fighters don’t, and that draw is the fact that I can make you jump out of your seat at any time.”

There’s no questioning that draw, and while his knockouts of Hyun Gyu Lim and Danny Roberts were emphatic enough, his April finish of Jake Ellenberger was downright scary, as he landed a flush elbow that knocked the veteran out on the spot. After the bout, Perry was criticized for his post-fight celebration, but as he explains, it’s not meant as any form of disrespect toward his foes. 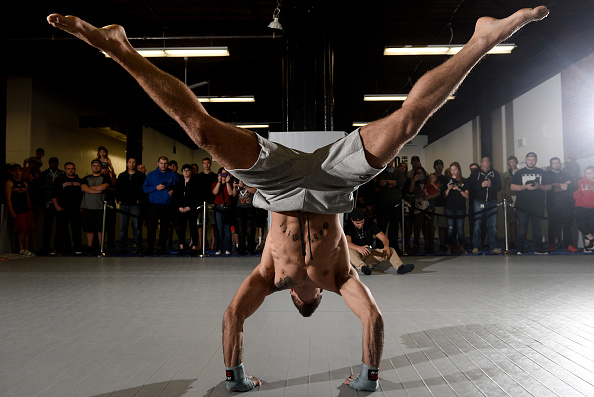 “Before we come in contact and I know we’re heading towards the collision, I’m going to be as ruthless as possible,” he said. “But instantly, right after, that’s it.”

But does it ever scare him to see an opponent knocked out on the canvas after the final blow?

“Not in a long time,” he said. Perry then recalls the last time he felt that way, after a September 2013 amateur bout against Smith Amisial. “I fought a soldier. He was a 28-year-old super athlete and the dude was just ripped like a brick s**thouse. It was on my birthday, and I suplexed him unconscious and he was down for a while. I got down in the corner of the cage on my knees and faced outward, away from him, and I felt bad. I guess it was because the guy was nice. But I really don’t care. I have to do what I have to do, and it’s either him or me.”

It’s a stark reminder that this is a fight, that Perry’s opponents are trying to do the same thing to him, and that when it’s all said and done, it’s business, not personal. To trade blows with another fighter takes a certain personality, and whatever someone needs to motivate themselves for such an endeavor is part of the gig. So Perry will do what’s necessary to motivate himself for battle, even if the moments before his name is called can produce stress most wouldn’t associate with “Platinum Perry.”

“When the nerves are coming on strong, I’m like, ‘What the hell am I doing this for?’” he laughs. “And then I go out there under the lights and I get in that Octagon, and I’m like, ‘Yeah, I remember why I do this.’ And then I knock somebody out cold and the crowd goes crazy, and it’s ‘Yeah, THIS is why I do this.’ The pleasures are something you’ve got to work hard for. You’ve got to sacrifice and hopefully you win.” 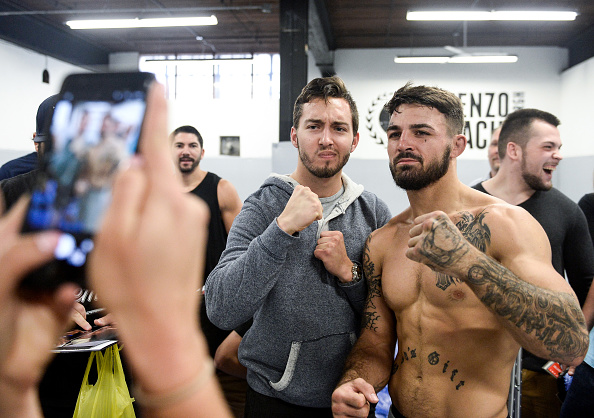 And if you don’t you regroup and get better, determined not to repeat the mistakes suffered in a loss. It’s how Perry followed up his loss to Alan Jouban last December with the finish of Ellenberger, while still giving Jouban respect for a smart game plan and execution.

“I knocked everybody out except Jouban, and he ran away because he was worried about that modeling career,” he said. “But it (Jouban’s plan) was Mayweather-esque. It was very good. And I absolutely learned from that.”

The next exam is this weekend, when Perry will revisit his lessons as he figures out how to adjust to a late opponent switch while fighting in a high-profile spot on the UFC Fight Night card. But worst case scenario, he can always go back to things that Flint and Apopka gave him that no one can learn in a gym.

“You can have technique and you can have skills, you can have ability,” he said. “I can teach anyone some things. But when it comes to the mentality, the mind game of standing in front of your opponent and trading blows and getting hit and not caring when you get hit, I have this mentality that when I go in there to fight, it’s like the life I grew up living – I’ve gotta survive.”