Mike King: Have Gloves, Will Travel

"I think fighting in [Pendred’s] backyard is a positive for me. And, I’m
getting a free trip to Ireland. It don’t get any better than that." - Mike King 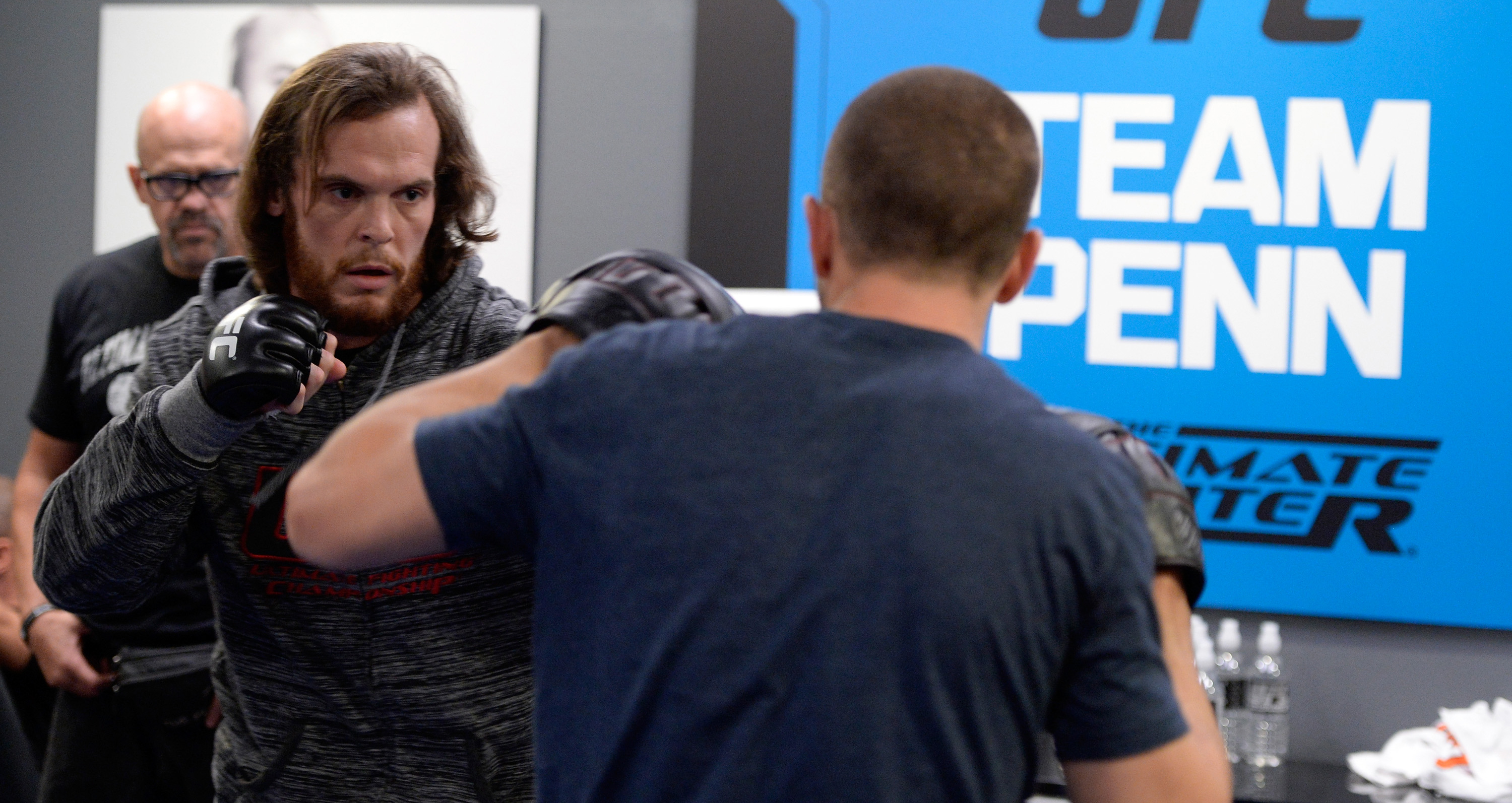 The UFC affords its fighters the unique opportunity to travel the world to someone else’s backyard and to beat them up there for prizes and glory.

And that is exactly the employee perk that debuting middleweight Mike King has been working towards and will be taking advantage of at UFC Fight Night: McGregor vs. Brandao in Dublin, Ireland, as he takes on hometown hero and Ultimate Fighter 19 teammate Cathal “The Punisher” Pendred.

“Ireland has always been one of the top places I wanted to go to,” reveals King. “Like if I had a lot of money, one of the first places I would want to go to would be Ireland. I live in paradise! I live in Naples, Florida. Going somewhere tropical doesn’t interest me. I’ve always wanted to go to Ireland and Scotland. When this popped up, I was like, this is destiny. I’m getting to fight somebody in their hometown, which is something I always like to do. I like to go into a fight with a chip on my shoulder with people rooting against me. I always feel like I’m successful when I fight that way. I think fighting in [Pendred’s] backyard is a positive for me. And, I’m getting a free trip to Ireland. It don’t get any better than that.”

The 30-year-old with a perfect 5-0 pro record wasn’t born in “paradise”, but the sport of mixed martial arts facilitated that globetrotting venture as well. Originally, King grew up in rural Dresden, Ohio with a population just north of 1,500 people. In a town much like “Cheers,” where everyone knew your name, King was a star wrestler on the mat and football player on the field. The latter would pave the way for King to go to college, which, eventually, is where King saw on TV what would become his life’s calling: the UFC.

“When I was a wrestler, I would have people in certain positions and I would always think, ‘If I 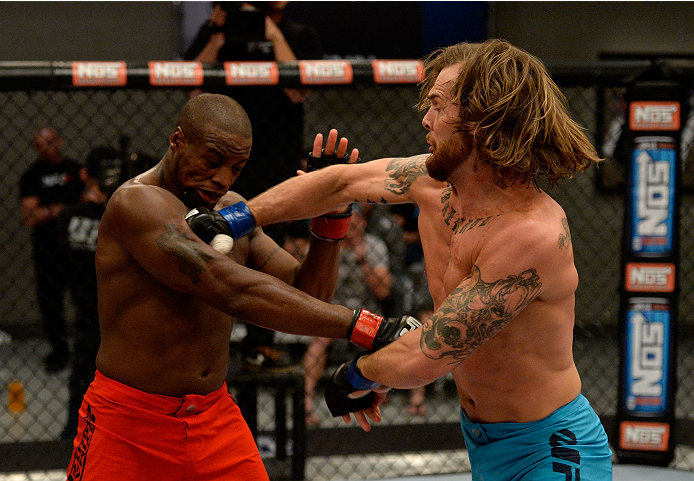 During his junior year of playing football at Otterbein University, King joined a local gym named Buckeye MMA, began training, and took his first amateur fight in a matter of a few months. King’s football coaches found out and put an end to his fighting quickly, but still encouraged him to train. Two years later, King had graduated and jumped head first into the burgeoning and competitive amateur scene in his home state, which King believes is what groomed him very quickly for professional MMA.

“Ohio has a really good amateur scene,” explains King. “If you’re fighting at the top level of the Ohio amateur scene, it’s basically treated like being a pro. Everybody who is fighting at that top amateur level are already dieting and training like professionals. It made it an easy transition for me. I live in Florida now, and they just passed in Florida that amateurs can ‘ground and pound’. I feel like amateur fighters coming out of Ohio have a better feeling for what it is like to win at a professional level. That’s why you see even on season 19 [of The Ultimate Fighter], there was me, Daniel Spohn, Hector Urbina, and Josh Stansbury - who was clearly beating Chris Fields before he blew his knee out. You’ve got four guys and we all fought in the same amateur organization in Ohio growing up.”

The move to Naples, Florida for King was part of a short and long term set of goals the self-diagnosed “A-type” personality cobbled together through research on the internet. The long term goal was for King to train with American Top Team in Coconut Creek, Florida, which King did accomplish. The short term goal was to train and impress highly-decorated BJJ black belt Marcelo Pereira, who owns a gym in Naples and is friends with ATT founder and BJJ black belt Ricardo Liborio.

From there, King turned pro and has recorded five straight finishes. Each win highlights King’s aggressive pace, with four of the victories occurring in the first round, and his wrestling background with his submissions and dominating ground and pound. King’s winning ways got the attention of Lex McMahon at Alchemist Management, which helped King get to where he is at today: a TUF alum and training with UFC welterweight Stephen “Wonderboy” Thompson’s Team Pitch Black MMA at Thompson’s family gym in Simpsonville, South Carolina.

“It was kind of a match made in Heaven: he needed a wrestler and I needed a striker,” asserts King. “‘Wonderboy’ is one of the best strikers in the UFC and if you’re training with the best then you’re obviously going to pick up a lot quickly. The first day I stepped foot in the gym, it felt right. It felt like home. When you feel that way, it’s a big deal. It’s a family atmosphere in the gym, so if they’re going to bring you on to the team, they’re essentially bringing you into the family. When I felt that coming from a tight-knit family, it just felt right. Mr. T [Ray Thompson, Stephen’s former pro kickboxing dad] is willing to give you as much as you give him. If you’re a hard worker, he’ll give that to you. He wakes up at 7am with me to do pad work. He’ll meet me in the middle of the day to do my swimming workouts. If you want to work, he’ll put that same work back into you.” 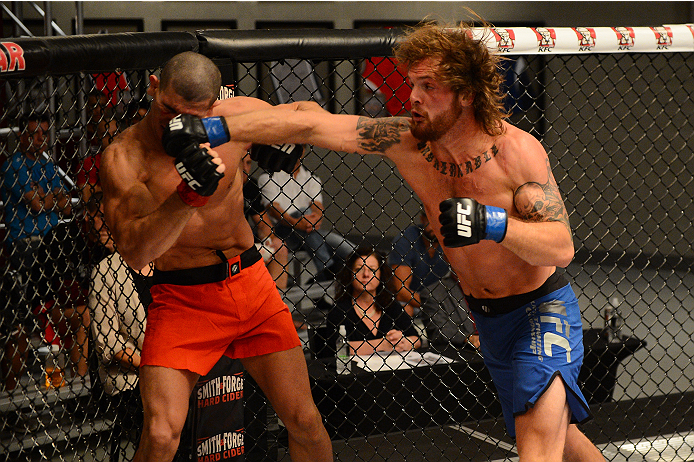 As for TUF 19, King made it into the house following a hard-fought decision win against highly-touted French prospect Nordine Taleb. Actually, King and Taleb knew each other quite well and were friendly with one another being both represented by the same management group. On the show, King was an instant favorite to win the show as a member of Team Penn, but he suffered a loss to eventual season winner Eddie Gordon in an uncharacteristic performance from King. While King and Taleb’s fight was “just business”, King and Gordon’s fight was personal as the two didn’t get along in the house, which King believes affected himself inside the Octagon.

“If you go into a fight with some type of emotion, that’s going to dictate what you’re going to do,” admits King. “I wanted to go in there and shut Eddie up. I did things that I wouldn’t typically do and the fight ended the way it ended. I feel like I didn’t take advantage of some opportunities in that fight because I was looking for something specific for a knockout. My style is to be more aggressive. I sat back and tried to point spar with him. It’s something that I shouldn’t have been doing. I think if I went out there and pushed the pace like I did against Nordine, that’s when I fight best. What I took away from that is that I need to fight my style every fight. Impose my will on what they’re trying to do. Go out there and not set your mind to something and fight aggressive. I need to fight my fight every time I go out there.”

Besides learning that lesson the hard way with a loss, King had the chance to work with legendary Nova Uniao founder Andre Pederneiras, who was Team Penn’s jiu-jitsu coach. “I got to see how he trains his athletes, I got to see the style of circuit training that they do, and his guys are always in great shape,” says King of Pederneiras, who coaches notables such as UFC featherweight champion Jose Aldo and former UFC bantamweight champ Renan Barao. “I think a lot of the time fights can be won by being in better shape. To see how he trains his guys was pretty cool. I have molded what I do now after what he does with Nova Uniao.”

Up next, King will cross the Atlantic Ocean to scrap with a fellow Team Penn fighter in Pendred in their dueling UFC debuts. The SBG Ireland-trained fighter already holds several wins over former and current UFC fighters including Che Mills, David Bielkheden, and Nico Musoke. These victories are impressive, but they are at the lighter weight class of welterweight, as opposed to middleweight, where Pendred will collide with King. Like the bout with Taleb, King is ready to put his friendship aside with Pendred for a “just business” clash in the cage.

“I always had plans of going over to Ireland and training with [Pendred] and SBG a little bit,” affirms King. “Now, it’s a fight. I come from a wrestling background and when you wrestle at the top of a state or nationally as I was for while, you see the same guys on a consistent basis, so 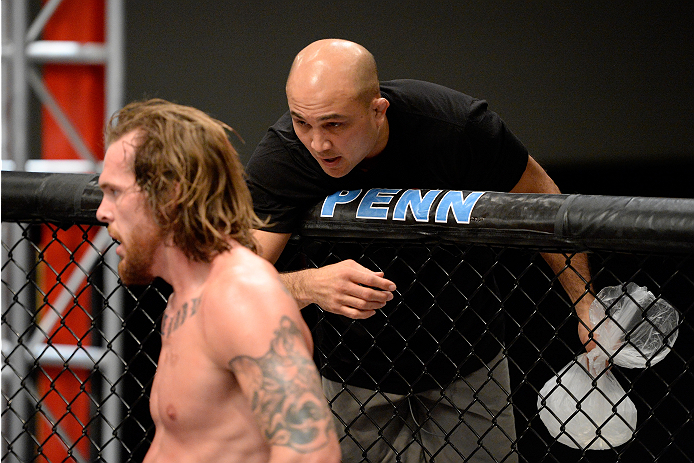 you’re always competing against your friends. For me, in between bells, he’s the enemy. It’s going to be tough on him. I think there’s a lot of pressure on him. He’s going to be coming up a weight class and he’s going to be fighting a very big 185er.”

On July 19th at UFC Fight Night: McGregor vs. Brandao in Dublin, King will enter Pendred’s home turf itching for a fight. “I’m really going to test his mettle,” states King, who is full of confidence that he will continue his career unbeaten streak inside the Octagon on his free trip to Ireland. “Fans can expect to see a better, more explosive, and faster version of the guy who fought Nordine to get into the house. What I see happening is a dominant victory. I’m going to move through him, I’m going to end it quick, and that’s going to be it.”