Mike Brown Still Has Plenty Left to Give

"He likes to go forward and I like to go forward, so there’s not gonna
be a lot of dancing around. We’re gonna get right to business right
away." - Mike Brown 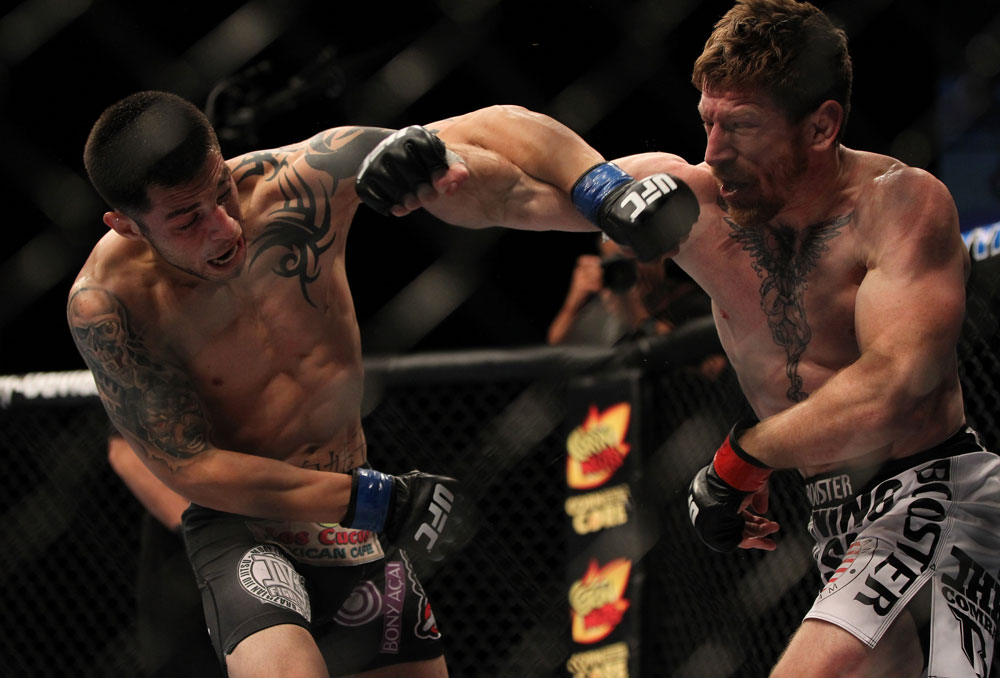 If you want to get a sense of how long it’s been since Maine native Mike Brown has fought in the New England area, just note that this was before he won the WEC featherweight title, before he relocated to South Florida to work with American Top Team, and before he made his mark in the UFC as a top-notch 145-pound veteran.

Or better yet, realize that before he lost a bout to the then 5-0 Joe Lauzon in Revere, Massachusetts in October of 2004, Brown was coming off a defeat against Genki Sudo at UFC 47.

That’s a long time between professional visits home, making this Saturday’s bout in Boston against Steven Siler even more important for the 37-year-old from Portland.

“It’s huge,” he said. “It’s really awesome. Since since I became champion and my career really blossomed, so many of my friends and family never got a chance to see me fight because for years I’ve been fighting all over the west coast or sometimes out of the country, and I’m never up in the Northeast. I’ve got a lot of high school friends and high school wrestling teammates and college wrestling teammates that are all excited to come, have a good time, and watch the show.”

It’s been a journey, to say the least, for Brown since the Lauzon fight, one filled with a north to south move, plenty of ups and downs, and most notably, a world championship in a weight class where he was able to compete on a level playing field. That wasn’t always the case in his early years in the game.

“The Lauzon fight was a crossroads for me,” he said. “If I wanted to keep going in the sport, I had to change camps. I had just lost to Genki Sudo in the UFC and then I fought locally and ended up losing to Lauzon and got submitted there. So I needed to change camps and get with some world-class submission guys, and that’s what I did. At that point I made the move to South Florida after that fight and I was with American Top Team, who had maybe the best submission grappling MMA guys in the world. So that’s why I came down here.”

In Coconut Creek, Brown found a second home, along with the training partners and coaching that would take him to the next level of the sport, even though he would have to wait a few years for the big opportunities in the featherweight division to come, courtesy of the WEC.

He was just right for featherweight though, and after decisioning Jeff Curran in his organizational debut in June of 2008, he shocked the world five months later with a first round knockout of Urijah Faber to win the WEC’s 145-pound crown. Following two successful defenses against Leonard Garcia and Faber, Brown would lose the belt to the man who still holds it today in the UFC, Jose Aldo, but by 2011, he was back in the UFC and looking for that elusive first Octagon win. 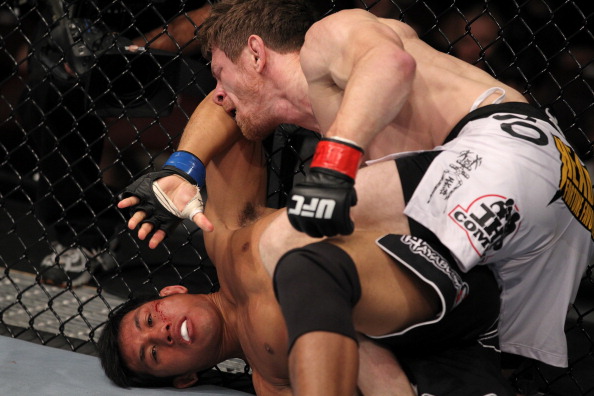 That would take a while, as Brown lost his first two UFC bouts to Diego Nunes and Rani Yahya, but in August of 2011, he outpointed Nam Phan and then followed that up with a win over Daniel Pineda in May of 2012.

Many figured that after getting those UFC wins, Brown – who had been plagued by injuries – was going to walk away from the sport. He even said after the Pineda win that he would think about his fighting future for a couple weeks before making a final call.

He did. And the call was an easy one for him.

“I felt great in the Pineda fight,” he said. “It was before that I was having some health issues and it was a matter of me just getting healthy. I felt great in the fight and I sat back a couple weeks and decided I was going to keep fighting.”

There would still be the matter of the cervical neck fusion surgery last September that kept him sidelined since the bout with Pineda, but as soon as he got the green light from doctors to train again, it was back to work, and heading into the Siler fight, Brown feels ready to go.

“I’ve been training really well and my body’s been feeling really good,” he said. “So if I feel great in the gym and I’m doing well, there’s still some things I want to accomplish in the sport and I haven’t been able to leave my mark in the UFC yet. That’s what my goal is and what I want to do.”

First in line is Siler, one of the most underrated talents in the featherweight division, but not one who is going to sneak up on Brown.

“It’s a great fight between two experienced guys,” he said. “Between the two of us we’ve got about 70 fights under our belts and he’s 4-1 in the UFC so he’s really well-established. He’s a great veteran and I expect fireworks for sure. What I like about it is that he likes to go forward and I like to go forward, so there’s not gonna be a lot of dancing around. We’re gonna get right to business right away.”