The Miguel Torres Diet: 'No Mas' To Junk Food

Read on for the latest installment in UFC.com's weekly series of
articles on proper nutrition from the top athletes in the UFC...this
week, former WEC bantamweight champion Miguel Angel Torres 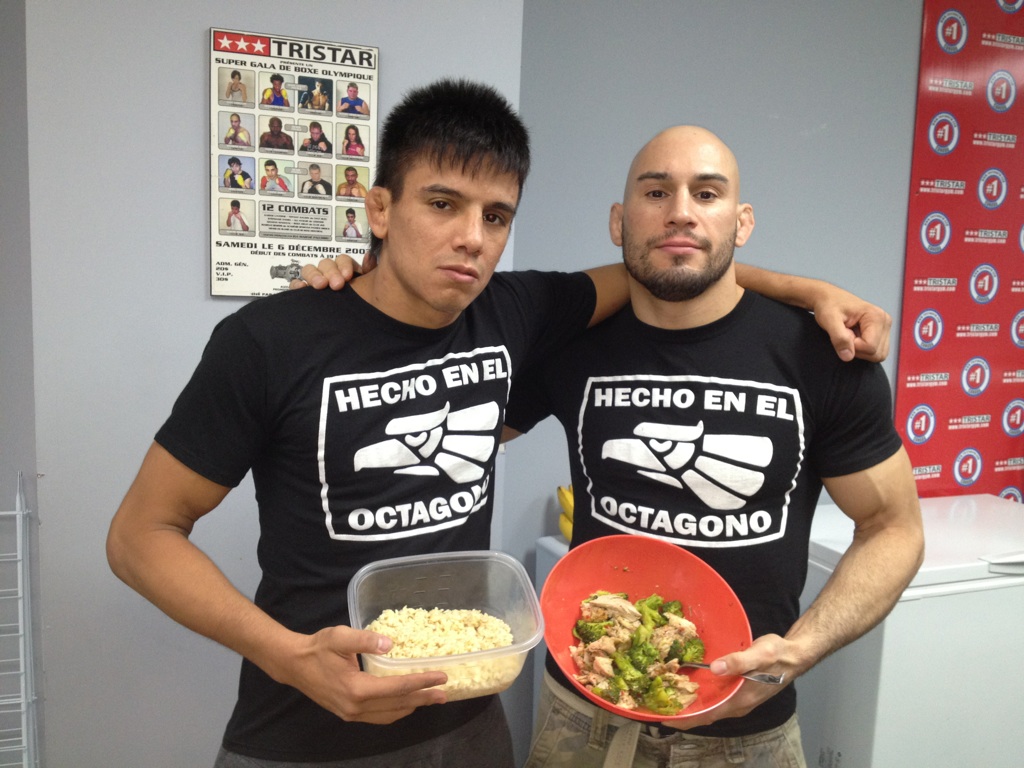 Of all the fighters I have ever been around, one towers above all others when it comes to indiscriminate eating habits: Miguel Angel Torres. If there is a so-called ‘Bottomless pit’ in MMA, it would be the former bantamweight world champ, who for more than a decade acted like fast food, fried Asian dishes, burritos, tacos and soda pop were the diet of champions.

Friends and acquaintances seemed perplexed at how the East Chicago, Indiana, pioneer demonstrated dietary anarchy yet still A) won and defended a world title B) always wowed you with his extraordinary cardio and C) racked up consecutive win streaks of 20 and 17, respectively. Indeed, Torres rose to the top eating Wendy’s and McDonald’s right after hard training sessions. By hitting up the Asian joint down the street where they only serve unrefined brown rice and offer menus stacked with fatty fare. By cooking up flautas drenched with cheese in his spare time.

And the mulleted maverick never second-guessed his diet. There wasn’t the slightest bit of shame in his make-it-up-as-you-go-along grubbing game. In fact, it almost seemed a badge of honor. Other fighters dieted and deprived themselves of tasty foods; Torres could eat whatever he wanted and still be king. His mind power and obsessive will to win were so strong, it just didn’t matter.

Suffering back-to-back losses for the only time in his career – back in late 2009 and early 2010 – prompted Torres to switch up his training camp and coaches, but his dietary indulgences remained the same. He even went on to win three of his next four UFC fights (don’t tell him that; Torres believes he is 4-0 in that span, and has plenty of supporters who believe he merited the nod over Demetrious Johnson last May).

So it was with great anticipation that I called Torres recently, asking him to explain his unique eating habits to UFC.com readers. It would be a fun variation from the norm, I thought. To my surprise, Torres informed me that he has employed a dietary overhaul of sorts. Gone is his eat-whatever-I-want swag. In its place is a newfound consciousness when it comes to the food that fuels his training for a UFC 145 showdown with Michael McDonald, whom some believe possesses all the skills to someday win a world title.

So here is Miguel Torres, now aged 31 and owning a 39-4 record, discussing his 2.0 diet and why now is the right time for change.

Curreri: Give readers an idea of a typical day of eating for you.
Torres: I wake up, go to the gym. I might have a cup of coffee. I get to the gym and train. Right after that I’ll have a protein shake with half juice (orange or apple) and half water.
Then I might take a nap, chill a little bit, then have a big lunch: Chicken breast, brown rice, I might have a salad with spinach, carrots, tomatoes, some vinegar and oil. Then I’ll chill a little bit, go back to the gym and do the same thing. I got rid of McDonald’s, soda pop and stuff like that.

Curreri: How long have you been on this new diet?
Torres: Actually, maybe the last six weeks. I haven’t had any Mexican food during this training camp and I miss it so much, I’m not going to lie.

Curreri: You have been such a voracious eater your entire career. What sparked this sudden change?
Torres: You know, I’m getting older; I’m 31 now and it’s getting harder to make the weight (135 pounds). I also want to make sure that I have my best performances, and I’m around a bunch of guys that only eat healthy food, and whenever we’d go out to eat they would order such healthy food and I was eating whatever I wanted. I started feeling kind of weird doing that so I switched over to the brown rice, chicken breast, salads and eating healthy. It hasn’t been that hard. I’m a mentally strong and focused person and I can make myself do whatever I want to.

Curreri: So who is overseeing your diet or advising you on these matters?
Torres: Actually my teammate Chuck O’Neil has helped me a lot with my diet. He was on The Ultimate Fighter and he trains here in Montreal (at Tri-Star) with me, Rick Hawn and Steve Simms. Rick Hawn, in particular, is ridiculous with his diet. So I decided to eat healthier. I’m doing pretty good right now and the one place where I could make a change for the better was my diet. I’ve always had great cardio but now I train extremely hard and the next day I’m not sore at all. I feel great and I haven’t had any injuries at all.

Curreri: Do you prepare a lot of your own meals?
Torres: Either I’ll prepare it or one of my guys will prepare it for me. It’s not so hard. Instead of eating chips or a peanut butter and jelly sandwich I’ll have an apple or an orange or a small salad. I used to eat whatever I wanted. McDonald’s, Wendy’s, whatever. I was drinking sodas.

Curreri: Tell us about growing up in the Torres home. Were either of your parents good cooks?
Torres: Yeah my mom is a great cook so every day was a feast. Every day she made a nice Mexican meal, tortillas, rice and beans with every meal, no matter what it was. A lot of chicken, homemade salsa. My favorite dish she makes is a soup called cabo de res. It’s a beef stew with potatoes, cabbage, celery, carrots, zucchini, onions, tomatoes, cilantro … pretty much anything you can think of. You put that into a bowl and it is spectacular.

Curreri: Are you a good cook as well?
Torres: Yeah I can cook tacos, soup, burritos, flautas.

Curreri: You got up to 163 pounds before this training camp. That’s the heaviest you have ever been.
Torres: Yeah, I took three months off and it was stressful after being cut by the UFC. I went through a lot and all I did was eat and drink.

Curreri: You are new to being a more disciplined eater. Where do you believe your diet is headed for the rest of your career? Do you intend to go stricter?
Torres: It’s like everything else -- I expect it to evolve. This is the first time I’ve tried it out and I feel great. Being around the guys I’m training with now, I expect to go even further with my diet in the future.

Curreri: In the days after your fight with Michael McDonald, any plans to treat yourself to some Mexican food?
Torres: After this fight I’m going to my mom’s and I’m going to have soup (Caldo de res)!