Mickey Gall Helping Give Others Peace Of Mind

The up-and-coming Mickey Gall and his family continue to serve their community at St. Ann’s Soup Kitchen in Newark, New Jersey,
By Thomas Gerbasi, on Twitter @tgerbasi • Mar. 24, 2020

For years, Mickey Gall and his family have been frequent visitors and volunteers at St. Ann’s Soup Kitchen in Newark, New Jersey, so it goes without saying that as the welterweight prospect began making some noise in the UFC, it wasn’t going to go unnoticed.

“I'll get some fight tips,” he laughs. “I can count on Matt every week to teach me some fakes and up elbows - some Street-Jitsu.”

Gall takes it all in, happy to get the guests at the soup kitchen to forget about the world outside the building, if only for a few minutes. And it’s a part of his life he’s not about to let slide as he moves up the ranks in the Octagon.

“We started volunteering there when I was 13 and my sister (Jamie) was 11,” Gall said. “Now my mom (Jean Marie) is the director of the soup kitchen. She started working there full-time last August and I think it's great. You can help people on such a fundamental level because there are hungry people.”

It’s a sad reality that’s been forgotten as the world deals with the COVID-19 pandemic. What about the homeless or those who have been hungry and in need of aid long before Coronavirus became part of the world lexicon? The Galls are doing their part, just like they always have been, helping to get 300 meals per day out to the people who need them.

“We're all worried about the economy, the gyms are worried about losing students because people have to tighten their belts because they're worried about their taxes and everything else; so we're all worried, but the people less fortunate, they don't have enough to eat,” said Gall. “So I've been trying to raise some money for them. I'm sponsoring a family of four, personally, and for anybody else, five bucks is a meal for someone. It's a good opportunity to help some people who aren't able to help themselves at the moment.

“The majority of us are lucky, we have food and phones, and this and that,” he continues. “But it's very humbling when you see people coming in there just to get something in their stomach. And they're bringing their families. I have some friends who grew up like that and it's tough to see. We know there's homeless people out there, and they need to eat and feed their kids too.” 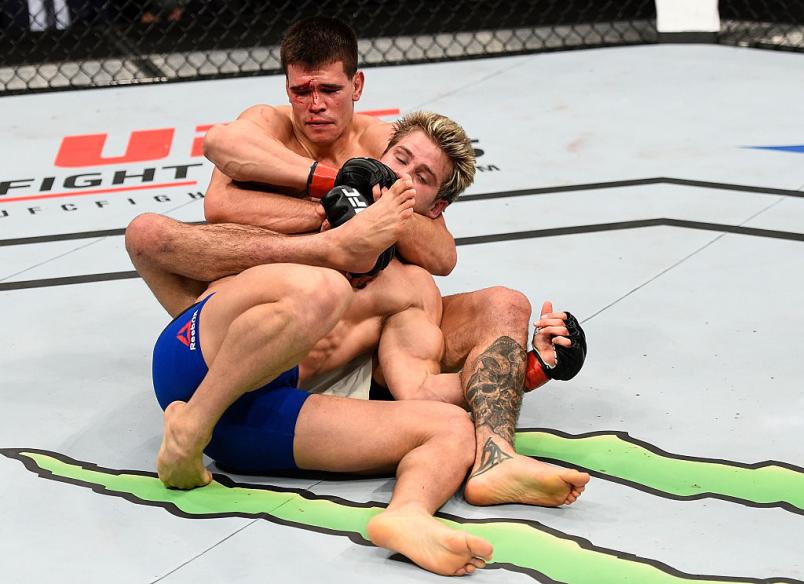 Normally, a facility on South 6th Street is open to those needing a meal. But with the recent lockdown in New Jersey, Jean Marie has had to improvise. And she has.

“Usually, everyone can go into the big dining room and walk up and get food,” Gall said. “But now they had to shut it down because you can't have a gathering, so they're doing everything to go. My mom's making to-go lunches all day every day, so they can still show up and get their meals that way.”

Does that mean we’re also seeing this UFC fighter showing off his culinary skills?

“They use me for other things. Handing out napkins and carrying the heavy stuff, that's more my expertise.” 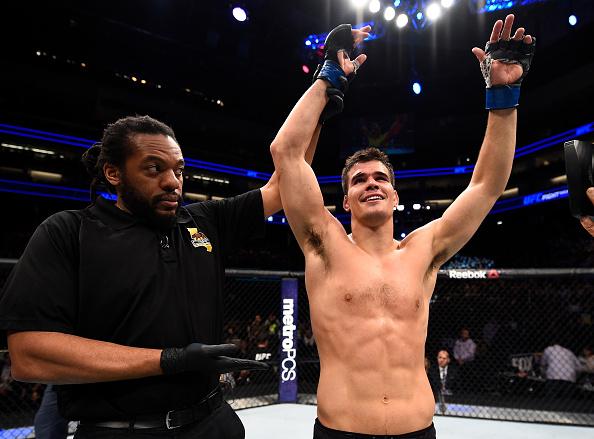 SACRAMENTO, CA - DECEMBER 17: Mickey Gall celebrates after his submission victory over Sage Northcutt in their welterweight bout during the UFC Fight Night event inside the Golden 1 Center Arena on December 17, 2016 in Sacramento, California. (Photo by Jeff Bottari/Zuffa LLC/Zuffa LLC via Getty Images)

Gall laughs, lightening the mood during days that need some humor. And the 28-year-old is taking that positive outlook into his day job, one he hopes to get back to quick in order to build on the momentum from his August 2019 win over Salim Touahri. In the meantime, he finished up a camp working with UFC vets Matt Brown, Mark Coleman and Dorian Price in Ohio, made a cameo appearance in the Mark Wahlberg film “Spenser Confidential,” and after speaking with UFC President Dana White last week, he’s confident that he’ll be back to work as soon as possible.

“I know when everything's all clear, the UFC's gonna come back with a vengeance and plans on putting on a lot of cards,” Gall said. “I spoke with Dana and he assured me and everyone that he's gonna put all the cards back on. He's giving us peace of mind.”

Just like Gall’s helping to give peace of mind – and a meal - to those in need in Jersey.