With his flashy style, Michel Pereira says he wants to be the new Anderson Silva.
By Thomas Gerbasi, on Twitter: @TGerbasi • Sep. 12, 2019

Fans in Vancouver were worried. When Sergey Khandozhko was forced out of this Saturday’s bout with Michel Pereira, there were a few dicey moments when it looked like no one was going to step up and face everyone’s favorite new fighter.

But thankfully and finally, hometown debutant Tristan Connelly answered the call this week. How did that throw off Pereira’s preparation?

“Not at all,” he said. “I'm ready to fight anyone, especially him.”

That’s the least surprising statement you will hear on fight week, considering that the Para, Brazil native has 34 pro fights yet is only 25 years old. There’s no more striking example of someone who has dedicated his life to his craft, and with such dedication comes plenty of sacrifice. 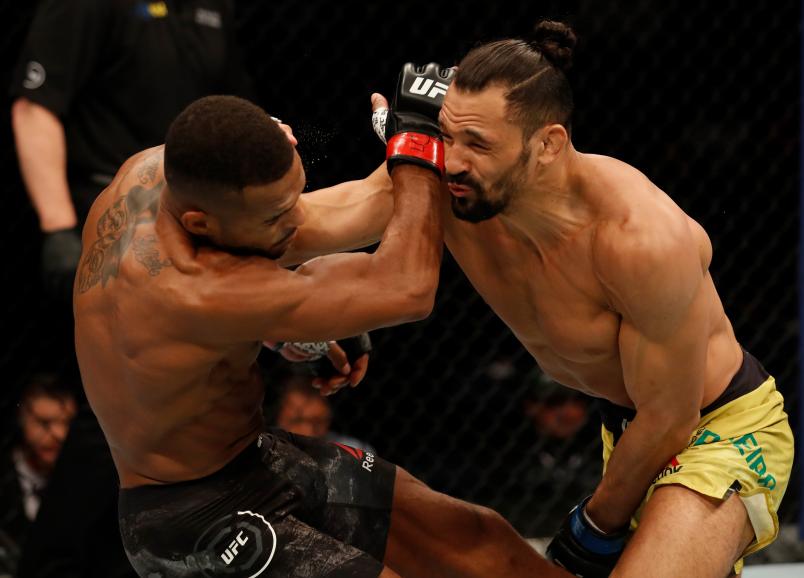 ROCHESTER, NY - MAY 18: (R-L) Michel Pereira of Brazil punches Danny Roberts of the United Kingdom in their welterweight bout during the UFC Fight Night event at Blue Cross Arena on May 18, 2019 in Rochester, New York. (Photo by Michael Owens/Zuffa LLC)

“I had to sacrifice my family, many friends and a good life, but thank goodness I got this for all who believed in me,” Pereira said. “I had to suffer a lot to get here; I had to leave my mother, my brothers, my family for a dream, and here I am. If I could go back in time I wouldn't do it all over again because I suffered so much to get here.”

Luckily for us, Pereira doesn’t have to go back in time, because we’ve got him now, and after making the viral rounds for his highlight reel moves and knockouts, he did the same thing in the UFC, as he knocked out British veteran Danny Roberts in less than two minutes in May. If there were any first-time UFC jitters, they weren’t anywhere to be seen in Pereira’s performance.

“I am young, but I have many fights and I am very experienced,” he said. “So, for me, it was just one more fight. I was super trained, and God was with me. I was realizing my biggest dream and knew it was my time.”

By the time the fight was over, fans around the globe knew who Pereira was and they wanted more. That reaction was satisfying for a fighter whose unorthodox style wasn’t always as positively accepted. 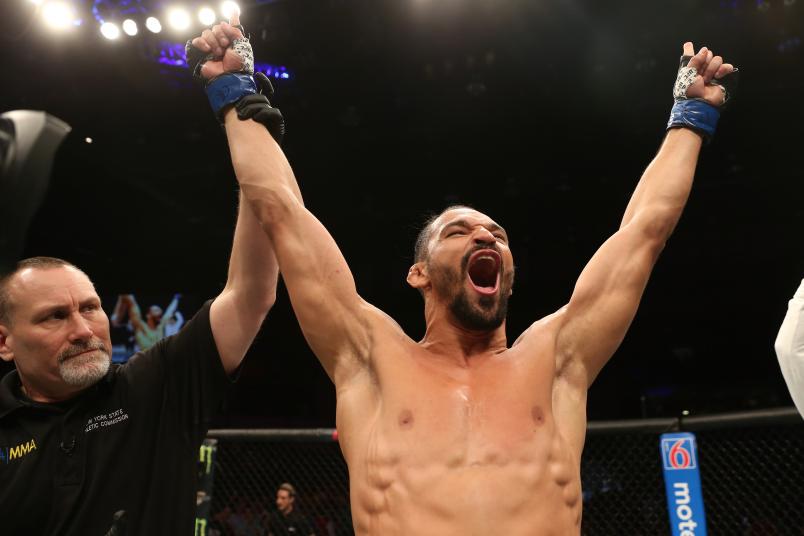 ROCHESTER, NY - MAY 18: Michel Pereira of Brazil celebrates after his knockout victory over Danny Roberts of the United Kingdom in their welterweight bout during the UFC Fight Night event in Rochester, New York. (Photo by Michael Owens/Zuffa LLC)

“I was very happy that people liked my work because I was very criticized in the beginning for having a different style,” he said. “But I proved for a lot of people that it is possible to be a showman and take the legacy of Anderson Silva forward. He fought hard to build himself as an MMA showman, and as the new generation I feel I must continue a job he did so well. I'll be the new Anderson Silva.”

It’s a lofty goal, but why do this if you’re not aiming for the stars? And though Pereira may never get to the heights Silva has, it will be fun seeing “Demolidor” chase “The Spider” because, above all else, Pereira wants to entertain.

“I think a lot about my fans, about the people who pay dearly for a TV channel or for a ticket, so my biggest goal is to entertain people and make them feel good about paying to watch my fight,” said Pereira.

Those fans wanted him in Vancouver, and they got him. All that’s left is for Pereira to give them the show they expect. From there, the Brazilian wants anyone at 170 pounds.

“I don't know much about the fighters in my category, but I want to fight the best,” he said. “I will be the champion and I will be the showman of UFC. I just want to do my job at UFC well and be able to help those who helped me get here.”