"My competition with my opponents is secondary. First and foremost, it’s about me doing what I think I can do and wanting to prove it to myself." - Michael McDonald 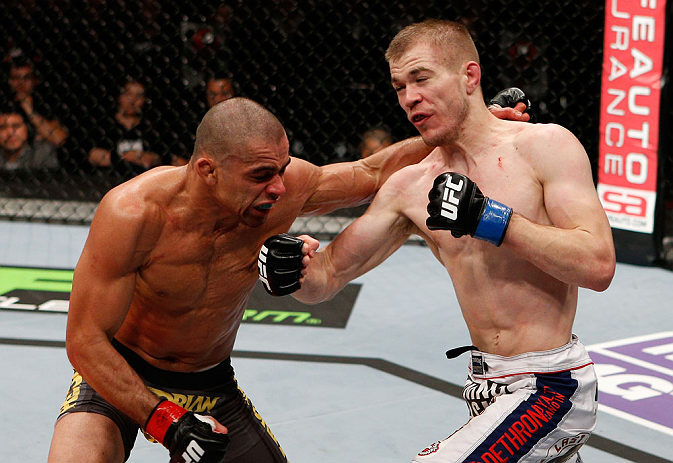 You wouldn’t expect a 22-year-old to muse about the old days, but Michael McDonald, in addition to being far from typical, has put a lot of living into those years. So when you ask him about getting a tough as nails Brad Pickett this Saturday in his first bout since a title fight loss to Renan Barao in February, he chuckles.

“I don’t think I’m ever gonna get an easy opponent in the UFC,” said McDonald. “Those days kind of ended when I got out of Gladiator Challenge, back when I went to weigh ins and had a name, not a picture. I’d go around asking everybody who looked like they were my weight what their name is – ‘oh, you’re my opponent.’ (Laughs) It ended there.”

And McDonald, never someone to shy away from a tough fight, is fine with the idea that there are no easy fights in the Octagon. What he is getting adjusted to is knowing that after fighting for a championship and losing, everything becomes a step down, at least for the moment.

“It’s a unique thing to take a step down the ladder, and that’s no disrespect to Brad Pickett,” McDonald explains. “I think (interim UFC bantamweight champ) Renan Barao’s the best right now and anyone who’s not him is going to be a step down the ladder. But I think it’s one of those rare times when it’s not a step up. When you’re winning, you’re always fighting someone a little bit better than last time, and this is one of those times where my current opponent is a little bit under my last opponent. And it’s not going to be easy, but it’s just different.”

That kind of adjustment period can happen when you were riding an eight fight winning streak and looking better with each passing bout, including four in the UFC. As far as many were concerned, Modesto, California’s McDonald had all the tools to unseat Barao in London, and as far as the fighter was concerned, he had the quiet confidence that made you believe as well. And while he wasn’t blown out by Barao by any stretch of the imagination, he did lose for the first time since 2009, getting submitted in the fourth round.

“There were a lot of things that went wrong,” he said of the fight. “But I think it’s a good thing. I don’t think I was ready for the title yet, and just the things that I’ve learned from that, they’ve doubled me as a fighter. You don’t always have that much to work off of when you fight Miguel Torres and knock him out in the first round. That’s awesome, but I didn’t have much of a list to work on afterwards. I got punched five times. Okay, I’ve got to work on my distancing and my head movement a little bit better and getting rid of that jab. And that was it. For this one, I have a huge list of things that I want to get better at and ways that I can improve. And I feel like I’ve been able to do that.”

And again, he is only 22. That’s the positive thing from a physical point of view. From a mental standpoint, McDonald has always been mature beyond his years, and losing a fight hasn’t changed that.

“I’m young and I have quite a lot of time,” he said. “I think a lot of fighters wake up and just breathe the title, and I don’t think it’s for healthy reasons. I think a lot of times I think that’s what they find their identity in, and I know that doing this sport on the top level of competition in the world, it’s very difficult to find a balance between having an identity and performing at the top level in the world. Most people who are at this level wake up and breathe this stuff. They’re not married, they don’t have a kids and have a healthy life. Most of them wake up and live and breathe it. It’s rare to find people that are all-around healthy and in the top level of competition in the world in any sport.”

It’s statements like these that make it easy to see why McDonald doesn’t spend every waking hour doing interviews or posting on Twitter when he’s on his down time. 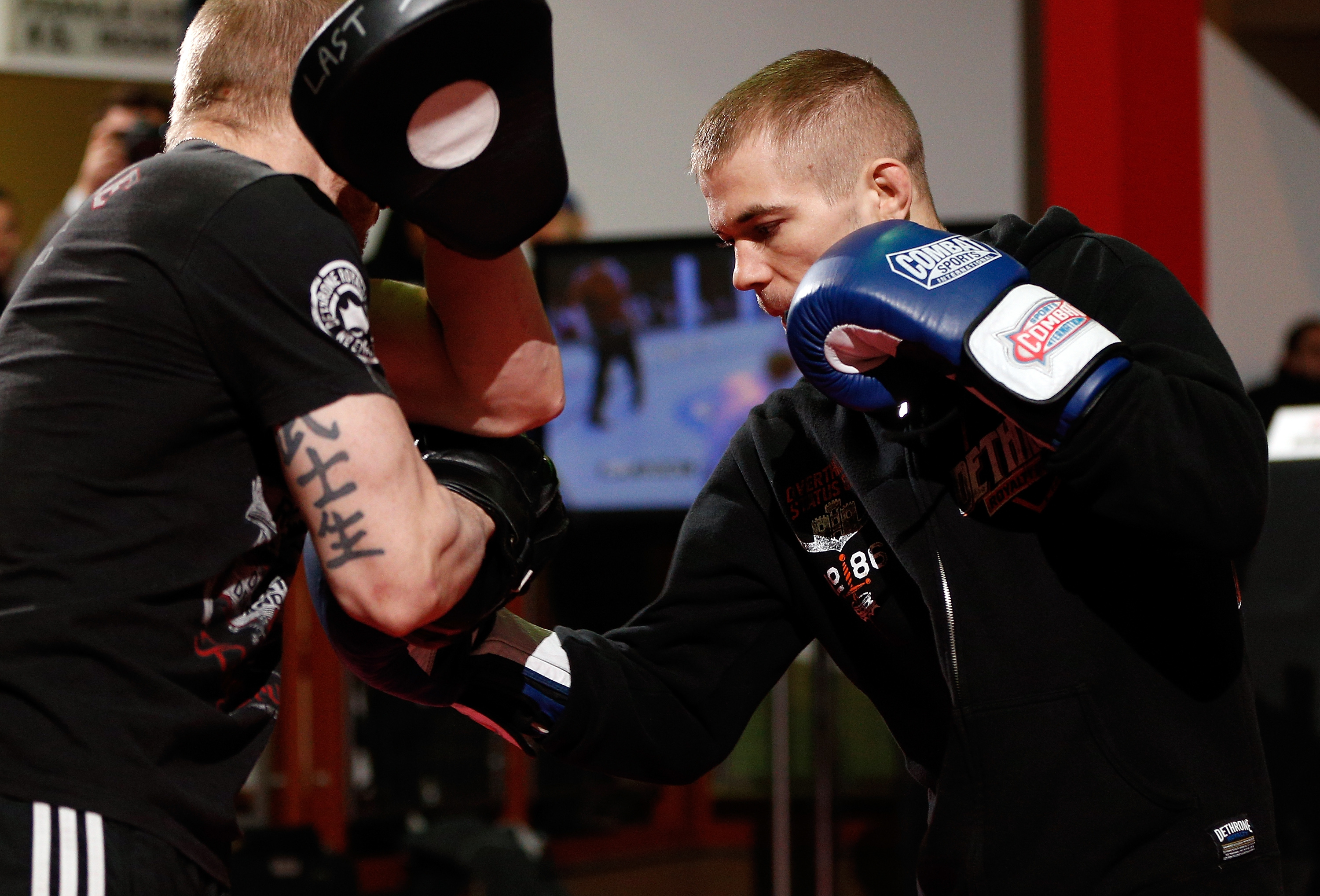 “I try to make a disconnection between my personal life and my job,” he said. “Occasionally they come together, but my pastor told me this one time and it’s some of the best advice that I’ve had. He said ‘when you go to the gym to do what you do, you don’t think about anything else and you do it to the best of your ability, and that is what you do. And then when you go home, it’s not time to fight anymore; now is the time to spend with your family and live your life.’ That’s what keeps me sane and keeps me motivated in the sport, having that sever between myself and the sport and not letting myself get consumed by it.”

This Saturday he fights, and if you think losing his first UFC title fight has dulled his fire, then you don’t know Michael McDonald. Though as he points out, the future is not about getting even with Barao; it’s about competing with himself.

“My competition with my opponents is secondary,” he said. “First and foremost, it’s about me doing what I think I can do and wanting to prove it to myself. I think I can beat this guy, so I want to see if I can. Just like when I fought Miguel Torres. I saw that guy when I was 16, and when he fought Manny Tapia I said I can beat both of those guys, and I wanted to try it. And I was able to. So that’s kind of what it is to me. It’s not that I have a burning desire in my heart to get back at that guy (Barao) and redeem myself. My competition is with me, first and foremost. And I do think I can beat him, and the fire in me is the same as it was before the fight. It’s not any more because I feel embarrassed or because he beat me. I know I can beat that guy. And yeah, it didn’t go so well that day, but I learned so much and it was a good thing, and I’m ready to test my skills against anybody, not just him.”