"I just keep training hard like I have been and always believe that I’m
always the underdog in a fight no matter what people say." - Michael Johnson 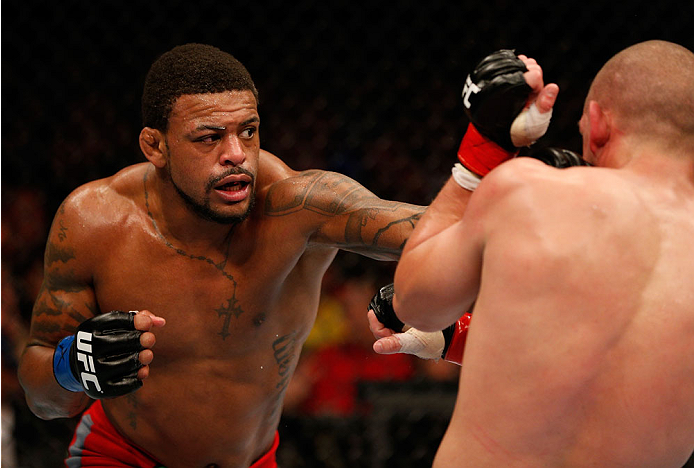 There are Fight, Knockout, and Submission of the Night bonuses in the UFC. After Michael Johnson’s dominant three round win over Joe Lauzon in August, “The Menace” may have made a case for a new one: Performance of the Night.

“At the end of the fight, I was like, yeah, they need to put an extra bonus after a performance of the night like that,” chuckled Johnson, who snapped a two-fight losing streak with the unanimous decision victory, one that may not have ended with a decisive finish and an extra check, but that was clearly his most impressive as a UFC fighter.

Chalk that up to the high-level of his opposition, and fighting in that opponent’s hometown of Boston as well, but also to Johnson’s focus, game plan, and ability to control matters for 15 minutes. It was as complete an effort as we’ve seen from “The Menace,” but when you ask him if he just woke up that morning and was “on,” he says that it was more than an “on” feeling on August 17th.

“It wasn’t just that morning. As soon as the fight got announced, as soon as I signed the contract, it’s like ‘okay, I’m on and I have to go in here and just demolish him by any means possible.’ All through training camp I had a chip on my shoulder because I was expected to lose and it almost felt like I was getting served on a platter and I was kind of offended at that. I think that had a lot to do with that performance.”

Heading into the bout, it was expected by many that after Johnson’s losses to Myles Jury and Reza Madadi, the St. Louis native had returned to the erratic ways that marked his early UFC career, leaving the door open for Lauzon, the hometown hero who has made his name capitalizing on the smallest loss of focus by an opponent, to break his tie with Anderson Silva for most post-fight bonuses in UFC history.

It wasn’t to be, but that’s not to say the fans and pundits who doubted Johnson were wrong. In fact, he admits that after seemingly turning the corner in 2012 and running off a three fight winning streak, his focus did waver.

“Absolutely,” he said. “Not taking anything away from the two guys I lost to, but I did lose track a little bit. You go on a three fight win streak like that and you start thinking you’re unbeatable, and that was a huge mistake I made that I’ll never make again. Going into the Myles Jury fight, I was like, there’s no way he can beat me. I went in too relaxed and then I lost. The same thing with Reza. I had a huge adrenalin dump, especially after the tension between us at weigh ins, and going into the second round after a first round in which I almost had him finished, my mind just went away from me. That’s a perfect example that shows how strong you have to be mentally to get through these opponents in the UFC, and I lost track of that.” > Watch: Johnson shares his favorite Christmas memory

But with a .500 mark in the UFC and a possible release from the organization if he lost a third consecutive bout, Johnson got back on track as soon as he received the Lauzon fight, and he hasn’t let that focus go since, as he is now preparing for a UFC 168 bout this Saturday against Gleison Tibau. The secret to staying on point? The power of underdog thinking.

“I just keep training hard like I have been and always believe that I’m always the underdog in a fight no matter what people say,” he said. “Going into this next fight with Gleison, he’s a veteran, he’s been around for a long time, and he’s kind of the gatekeeper in the lightweight division. For people to move up to the upper echelon of the division, you have to get past this guy, and that’s the chip I’m gonna keep on my shoulder, to believe that nobody thinks it’s possible for me to beat the guys that I’m put up against and just prove everybody wrong.”

It’s worked for the 27-year-old once before, and at this level of the sport, everyone can fight, so the end result of a bout may very well come down to which fighter has his mental game the sharpest.

“It’s 90 percent mental and 10 percent physical to me,” said Johnson, who trains with the Blackzilians team in south Florida. “The talent’s there, the hard work’s there, I put in the time in the gym to get the results, so I just have to go into these fights mentally strong and ready for battle. I have to prepare my mind to get ready for anything my opponent throws at me. I’m gonna be in bad positions in the fight, and that’s a given because everybody can fight. He’s gonna get some shots so I just have to stay focused and keep a one track mind that says I’m gonna break my opponent by any means necessary. I’m gonna go in there, I’m gonna get the finish or the victory, and that’s it.”

If he gets that victory, it will start a new winning streak and begin his fourth year as a UFC fighter 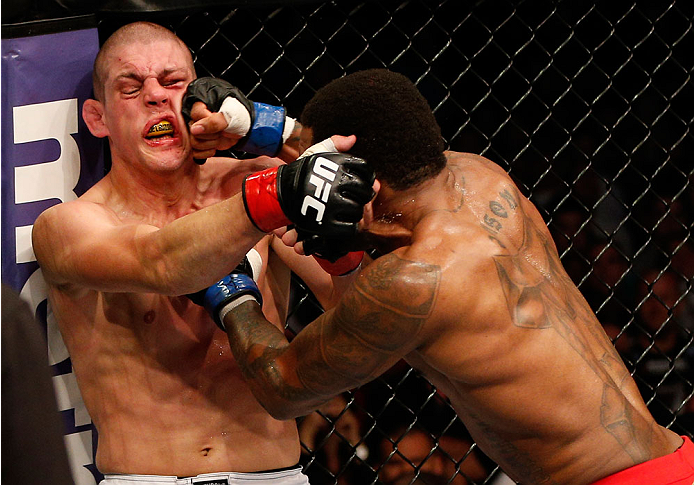 on a high note. When reminded of his three year anniversary just taking place on December 4th, the Ultimate Fighter 12 finalist laughed, not realizing that such a key date had just passed. So has it felt like three years or thirty?

“It feels like thirty,” he laughs. “You look back and it’s like, I had a plan to be a lot farther than what I am now. But once you get in here, it’s a completely different world and you start realizing how hard you’ve got to work and the steps you’ve got to make before you get to where you planned on being. It’s definitely been a long three years, but I’m looking forward to more years coming, I can see it’s gonna be a long, hard journey, and I’m strapped in and ready to take that ride.”

As for Year Four of “The Menace” in the UFC?

“This next year is my coming out party,” he said. “It’s my year to break into the top ten, really make a name for myself, and really get into title contention and mix things up in the lightweight division.”

What a difference a Performance of the Night makes.