As UFC 223 and the lightweight title fight between Tony Ferguson and Khabib Nurmagomedov approaches on April 7, the breakdowns and analysis of the long-awaited main event are about to kick into high gear.

Yet for all the opinions of fans and pundits, who better to look at this fight than a man who has been in the Octagon with both of them? Edson Barboza, Abel Trujillo, Rafael Dos Anjos and Gleison Tibau have all competed against both 155-pound standouts in the UFC, but none had the success Michael Johnson has had in his bouts against “El Cucuy” and “The Eagle.” 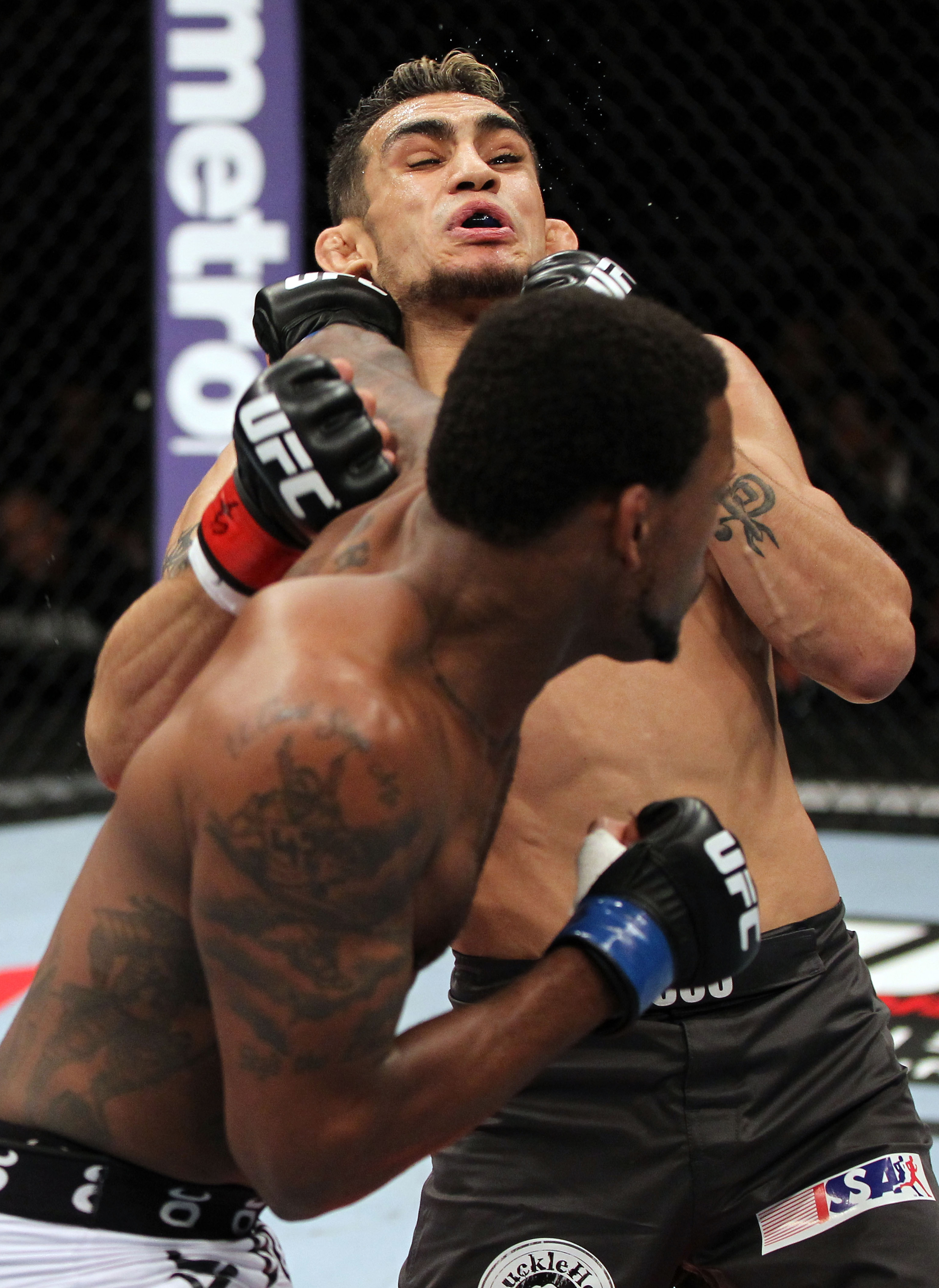 In 2012, “The Menace” handed Ferguson his first and only UFC loss, decisioning him unanimously over three rounds. Four years later, he faced off with Nurmagomedov and looked to be getting to his foe with his strikes early on before being submitted in the third round.

And while Johnson is currently plying his trade ten pounds south in the featherweight division, he will be watching intently as a fan when his former opponents collide in Brooklyn’s Barclays Center.

“It’s gonna be incredible and I can’t wait to watch it,” Johnson said. “Tony keeps improving, Khabib’s improving as well and it’s gonna be a great fight for the fans. I think we’re gonna see the true lightweight champ come out of these two guys.”

That’s the consensus when it comes to this fight, which has been in the works for years, and most of the intrigue has to do with the style matchup, which pits Nurmagomedov’s swarming and punishing grappling attack against Ferguson’s unorthodox striking and submissions.

But the thing is, as Ferguson’s willingness to take big risks has made him vulnerable at times over the years, Nurmagomedov’s attack has been nearly flawless as he’s posted a perfect 25-0 record. Why not completely flawless? Well, Johnson did get off some solid shots on the Russian powerhouse, and he believes that using speed and movement is Ferguson’s key to victory. Oh yeah, and staying upright.

“The key to beating him (Normagomedov) is staying off the ground and keeping him off of you,” he said. “Keep it moving. Tony’s got great movement and the cardio to do it, and he’s gotta stay long and stay out of Khabib’s range of getting grabbed.”

Is it as simple as remaining on his feet for 25 minutes?

“Absolutely,” Johnson laughs. “That’s how I think of it. Khabib’s gotta put a lot of pressure on him and he’s gonna get him down to the ground. That’s what he wants to do to win, everybody knows it, we all train to stop it, yet nobody has stopped it yet. So we’re all looking forward to seeing if Tony is gonna be the first one to stop it. Do I think so? I don’t think he’ll stop it, but I definitely think he has the skill and the ability to stall it out on the ground or work to get back up.”

So Nurmagomedov’s grappling is as good as advertised, and his pressure is on another level than most?

“I could definitely say that it (the pressure) is more than I felt and it’s a different pressure,” Johnson said. “He feels along the lines of a middleweight or light heavyweight there when he’s on top of you and with the pressure he brings. I don’t know if it’s technique or just him being that physically strong. It’s probably a little bit of both.” 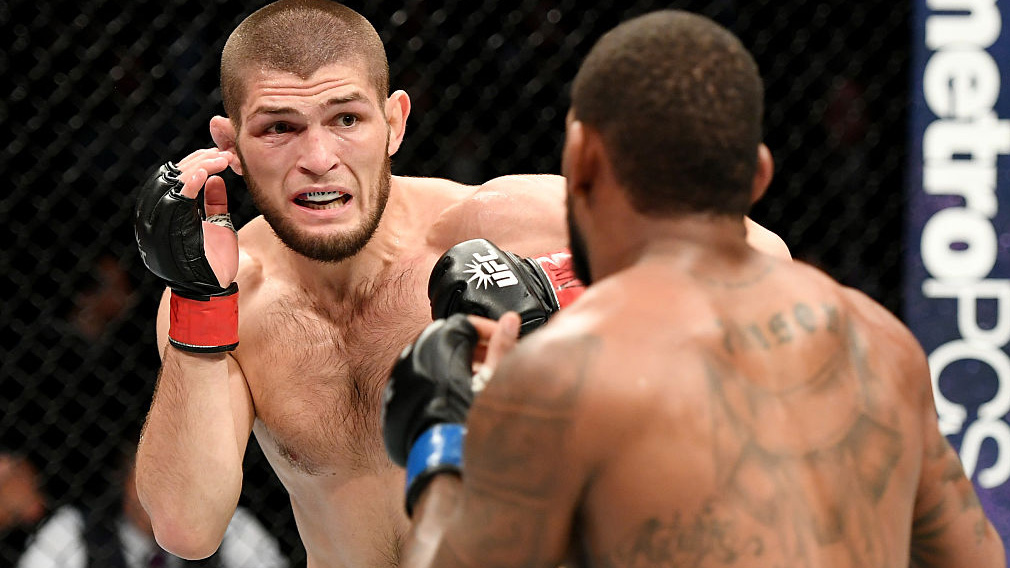 As for Ferguson, what did Johnson have that no one has had in the ten fights since their bout in New Jersey nearly six years ago?

“I was just better than him that night,” he said. “He’s definitely improved since then, and you have to see he’s been working. I just think I’m a guy that’s Tony’s kryptonite, somebody that comes forward, somebody that’s faster than him. That being said, me and Tony fought so long ago. I gave him a chance to get it back and he didn’t accept it, which really surprised me.”

Things may not be over between this trio, though. A loss to Darren Elkins in Johnson’s featherweight debut in January was a setback, but the St. Louis native wants to give the 145-pound class one more shot. And after that, “The Menace” may just want to visit his old friends at 155 pounds.

“I’ve had some time to take for myself, get my mind right and get refocused again,” said Johnson, who hopes for an early summer return. “I’m gonna do one more at 145 and then see how I feel. I felt great at 145, I might have lost a little bit of power, but I went back to the drawing board and I’m working on that now, so we’re gonna do one more at that weight.

“I’m not finished with the lightweight division by any means,” he continues. “I fought the best of the best in that division, I beat some of those guys and the guys that I’ve lost to, it slipped through my fingers with me making simple mistakes and not being focused.”