Michael Chiesa Is Getting His Wish At UFC 265: Lewis vs Gane

The Road To The Top Has Been Tough, But Michael Chiesa Wouldn't Have Had It Any Other Way. Next Up For "Maverick", A Tough Battle With Vicente Luque At UFC 265.
By Gavin Porter, On Twitter @PorterUFCNews • Aug. 5, 2021

When Michael Chiesa won The Ultimate Fighter nine years ago, he knew he was destined for big things in the UFC.

In his first press conference as a member of the UFC roster, he let the world know he meant business, stating that he wanted “to fight the best guys in the world” and that he was “destined to be a world champion.” Since then, Chiesa has gone on to compete with the elite fighters in both the lightweight and welterweight divisions and establish himself as a true title contender.

Spokane’s Chiesa is currently the fifth-ranked welterweight in the world and believes he’s getting closer than ever to achieving the goal he set out to accomplish nearly a decade ago.

“The closer I get to what I believe I’m destined for, the more surreal it gets. It’s just crazy to think that I’m here after how long it’s been, nine years in the UFC. I’m very blessed and it’s very humbling,” Chiesa told UFC.com. “I feel like the road to get to where my goal is, even though it’s only five spots ahead of me, is a long road compared to what it took to get here. I don’t look too far ahead of what I’ve got to do on Saturday night; I know I’ve got a tough opponent, but I’m very blessed to be where I’m at.” 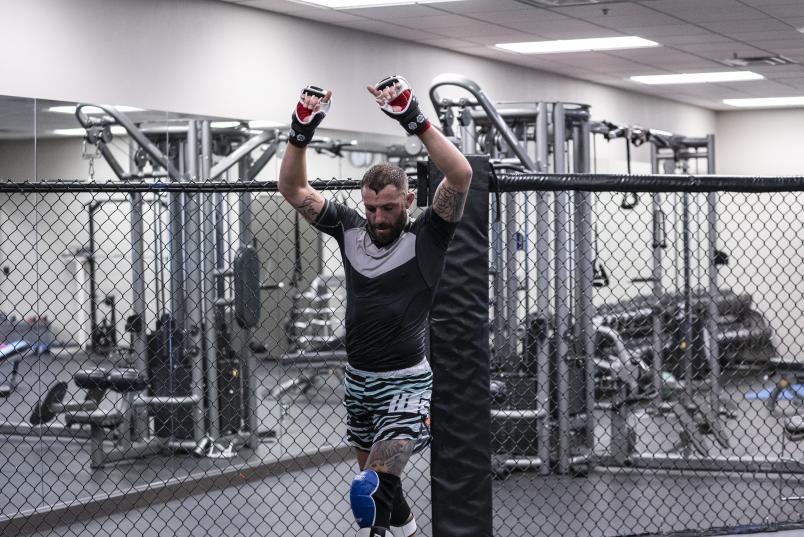 On the UFC 265 main card, Chiesa will step into the Octagon with dynamic finisher Vicente Luque in a matchup that will surely have major implications for the welterweight division. A tough fight like this is exactly the type of scrap that Chiesa likes, as he wants to dig deep and overcome the challenges presented by his opponent.

Luque’s exciting, in-your-face style has helped him claim four Fight of the Night bonuses in his last seven bouts and rise up the welterweight rankings. Although Luque has impressed Chiesa with the type of fights he’s been able put on and win, “Maverick” isn’t looking to get into a barnburner with the Brazilian juggernaut.

“For anyone who doesn’t know who Vicente Luque is, it’s almost criminal. This guy is one of the most exciting guys in the UFC, he’s put on a ton of great fights for the fans, is a devastating finisher and a huge threat to anyone in the welterweight division,” Chiesa said of his UFC 265 opponent. “I’m not out to get into a Fight of the Night, that’s not what I’m here to do. I’m here to go out there and get a win and get a performance bonus, if anything. I’m not out to get a Fight of the Night; Fight of the Night is overrated. I’m not going to fight a fight that’s going to favor him. That would mean I’m not just going to stand right in front of the guy and fight in the pocket.” 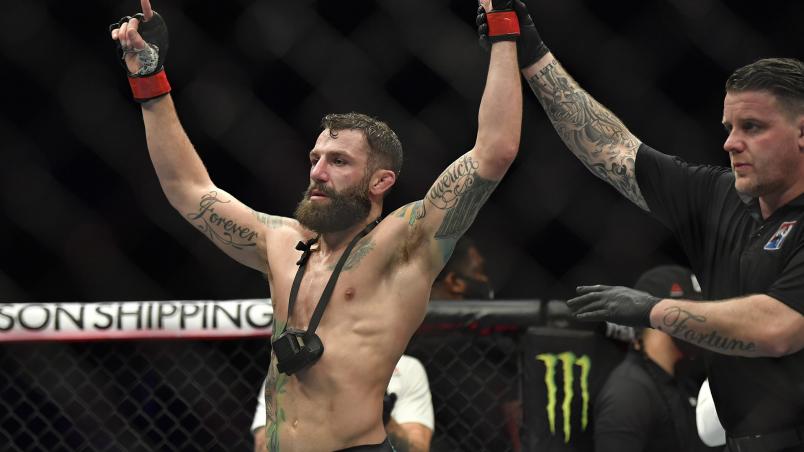 Michael Chiesa reacts after his victory over Neil Magny in a welterweight fight during the UFC Fight Night event at Etihad Arena on UFC Fight Island on January 20, 2021 in Abu Dhabi, United Arab Emirates. (Photo by Chris Unger/Zuffa LLC)

Chiesa is also wary of Luque’s submission game, noting that the Sanford MMA fighter had an excellent submission win over Tyron Woodley in his last fight out. Although there is plenty admiration for Luque and respect for his skills, there is no doubt in Chiesa’s mind that his type of fight will give him the opportunity to showcase the best version of Michael Chiesa that we’ve seen.

“Stylistically, if you look at it on paper, most people would say it’s striker versus grappler. That very much is the story, but he has a very well-rounded set of skills and I think that some people would acknowledge that, and there’s a lot of people out there that think I’m just a one-trick pony. But there are a lot more layers to my game than I’ve had to show,” Chiesa said. “If Plan A is working then I’m not going to go to Plan B or C. I haven’t had to really go into those layers of my game, especially since I’ve been at welterweight. I think Luque is the guy that is going to test my set of skills and he’s going to make me bring out the rest of what I have. I think we are going to bring out the best of each other and it’s going to be an awesome fight.”

Beating Luque in dominant fashion would be a signature win for Chiesa and it could very well help put him closer to challenging champion Kamaru Usman for the welterweight title. But the truth is that Chiesa isn’t allowing himself to look to the future. He’s focused on Luque and Luque alone, because he knows it only takes a small lapse in focus for everything to go wrong. 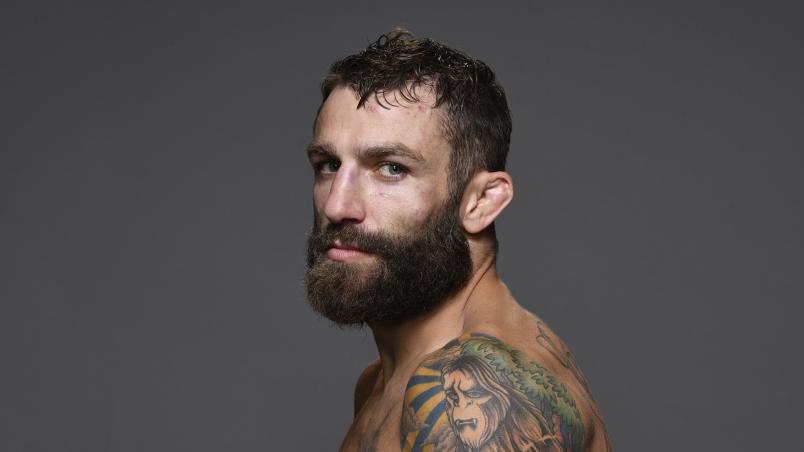 Michael Chiesa poses for a portrait during the UFC 239 event at T-Mobile Arena on July 6, 2019 in Las Vegas, Nevada. (Photo by Mike Roach/Zuffa LLC)

“I didn’t get into this sport to get easy fights. I want to be a champion. To be a champion, I’ve got to fight tough guys, and this is everything and then some. I’m getting what I wished for nine years ago on Saturday night.”

Don’t miss Chiesa’s clash with Luque at UFC 265: Lewis vs Gane, which will air exclusively on PPV at 10pm ET / 7pm PT.