Michael Chiesa: Back to Normal

"By the end of 2013 I want to be a contender and I feel like the last accomplishment I have now is to become a world champion." - Michael Chiesa 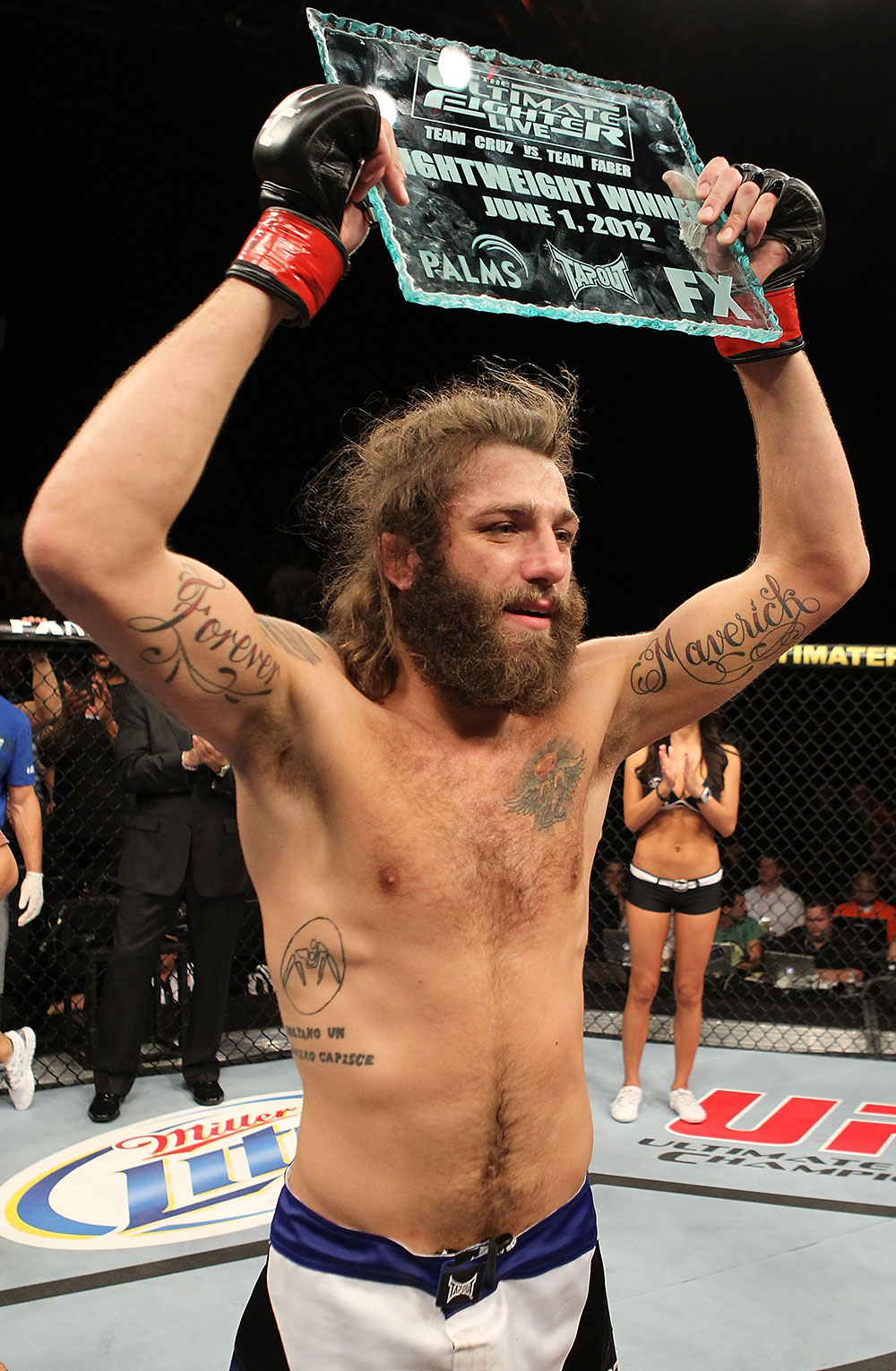 As far as training camps go, Michael Chiesa’s prep work for his Saturday bout with Antono Kuivanen has been a lot more “normal” than the last two. The last time the Ultimate Fighter 15 winner got ready for a fight, against Marcus LeVesseur at UFC on FOX 5 in Seattle, he got hit with an illness on the week of the fight. The time before that, well that was even crazier.

“I was a week out of the house getting launched back into reality, having to deal with getting readjusted to having my phone and communicating with everybody – everything that comes along with The Ultimate Fighter,” said Chiesa late last year of the camp for his TUF 15 finale bout with Al Iaquinta.

Every fighter who competed on that season of TUF should receive the MMA version of a bronze star for surviving 13 weeks of the first (and to this day only) season of TUF to be filmed live. While six weeks away from the world is bad enough, 13 takes things to a whole new level. So when the tournament was over and the finalists determined, there wasn’t a lengthy break to go home, get re-acclimated to the outside world, train with your usual training partners, and then fight for a UFC contract. As soon as Chiesa and his housemates were done with the show, it was time to fight the next week.

“That first week out was just crazy,” he recalls. “The producer was handing me my phone and my wallet, and I’m touching money for the first time and I’m seeing all these text messages and all these voice mails, and Facebook and Twitter, and it’s almost like I forgot to handle all that. It’s funny because that first night I got out of the house, I didn’t sleep for 24 hours straight. I got out, I turned the TV on, and I had my headphones in and I’m listening to music, and everything I had deprived from me I had going all at once. It was a crazy feeling, but it felt good. It was refreshing. Especially when you go without your family for three months and you finally get to talk to them, it makes me think about the people that serve in Iraq and go so long without talking to their families. It makes you appreciate that so much more.”

And while the rest of the cast that had fights were obviously in must win situations, Chiesa had the added pressure of being the one fighting for the TUF title, the one with the media spotlight shining on him, and yeah, despite being free of being in the house, you can’t be too free when you have to make weight on Saturday.

“When you’re in the house and you’re cutting weight, you don’t have anything to do, and everybody hangs out in the kitchen, which just makes it harder to cut weight,” he said. “It’s a little more agonizing, because you don’t have any outlet to get your mind off it. But that week I was out, it was still tough to cut weight because I’m a big ’55er, and having to cut weight back to back was really hard. But the one thing that made it nice that week we got out was that I went to the movies a couple times, I got to walk around and do things to take my mind off the fact that I was starving. On one hand it was hard because it was my third weight cut in four weeks, but on the other hand it was a little easier because I had things to take my mind off it.”

By this time, you probably know that Chiesa survived his first week of post-TUF freedom, made weight for his fight, and then won the season title by submitting Iaquinta in the first round. That’s impressive. But what made his run through the show even more praiseworthy is that he did it after his father Mark passed away during the series. The tragic death came right after Chiesa earned his spot in the house, but he soldiered on in his father’s memory. When you add everything together, you get the impression that nothing the fight game can throw at Chiesa will faze him from here on out.

“Life’s got a funny way of popping one thing to another,” he said. “Going through the 13 week process while coping with the loss of my dad on top of the tough fights and the tough training, they showed some of the breakdowns I had on TV, but I’ll definitely look back on this as one of my best accomplishments. Winning The Ultimate Fighter is a dream of mine I’ve had since I was a senior in high school. I can remember sitting with my girlfriend in the basement of my dad’s house, telling her as we’re watching Rashad Evans win The Ultimate Fighter season two ‘I’m gonna fight and I’m gonna win this show.’ It was a good accomplishment, and enduring everything I went through, coping with the loss of my dad, not leaving the competition, and staying in there and giving it everything I had, it will be hard for life to throw an obstacle my way that will be harder than that.”

It’s the way they make fighters in the Pacific Northwest, the area Spokane Valley, Washington’s Chiesa represents, and he is quick to point to Lyle Beerbohm, Cody McKenzie, and Sam Sicilia as major influences in his career. It’s a close knit group up there, and the 25-year-old lightweight prospect is proud to be a part of the MMA scene.

“There isn’t a guy that fights in Washington that I don’t have a connection with,” he said. “The thing about Washington that not a lot of people know is that our roots in mixed martial arts go a lot deeper than in any other state. AMC, Matt Hume’s gym, was founded in 1991. UFC I wasn’t until 1993. We have one of the longest running amateur circuits, we’re one of the only states with one, and we’re talking about guys like Chris Leben, Nate Quarry, and all sorts of guys that came up through Washington’s amateur circuit and went to the UFC. And I think that’s why we have a special bond. We’re underrated for how deep our roots go in mixed martial arts, and that’s what kind of draws us together. I don’t think you see that in a lot of states.”

A lot of states don’t produce fighters like Chiesa either, and though his post-TUF career has taken a while to get moving, he plans on stepping on the gas in 2013 to get back up to speed.

“I want to fight at least three times and I want to go 3-0,” he said. “By the end of 2013 I want to be a contender and I feel like the last accomplishment I have now is to become a world champion.”