Michael Chandler Is Just Getting Started

All things considered, Michael Chandler wouldn’t mind repeating his performance at UFC 257 over and over again in the Octagon – except for one thing: that post-fight backflip.

“I think that was a one-and-done (laugh),” Chandler told UFC.com. “That was a great introduction to my abilities or my willingness to throw caution to the win, but I will say, although it was great for entertainment, it was definitely ill-advised for the future longevity of my career. You will see backflips from me, but they will most likely on the canvas back to the canvas, not from the cage to the canvas. That’s kind of my signature. You’re going to see more backflips because you’re going to see more knockouts, more submissions and more finishes inside that UFC Octagon at the hands of myself, but you won’t see me jumping off the cage any time soon.” 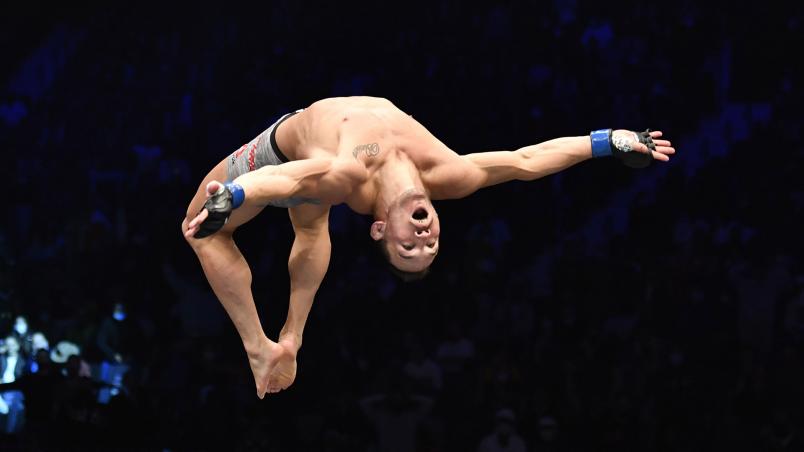 Michael Chandler reacts after his knockout victory over Dan Hooker of New Zealand in a lightweight fight during the UFC 257 event inside Etihad Arena on UFC Fight Island on January 23, 2021 in Abu Dhabi, United Arab Emirates. (Photo by Jeff Bottari/Zuffa

Few could blame him for his exuberant celebration. In knocking out Dan Hooker in the first round, he pulled off one of the best debuts in the promotion’s history, with some stacking it up against Anderson Silva’s introduction in 2006.

UFC President Dana White said as much, and while Chandler conceded his post-fight celebration being a one-off, he doesn’t intend to rest on his laurels when it comes to providing the results.

“I by no means want to hang my hat on that,” Chandler said. “I want my next performance to be even better, and I want to win that world title ultimately, so it’s definitely great to hear, but I am not content with that, and I can’t wait to just go out there and continue to get better and continue to perform at a high level.”

If there’s any division in which that high level is chock full of superstars in terms of names and fighting talent, lightweight is that spot. As Khabib Nurmagomedov’s retirement seems to solidify itself with each passing day, the best of the best at 155 pounds are doing their best to jockey for the inside track at the strap.

Chandler thrust himself from outsider to contender in the blink of a right hand, but some objectors - including UFC 257’s headline winner Dustin Poirier - felt like one big-time win in the UFC isn’t enough to earn a title shot. His body of work would claim he’s been in plenty of big-time fights and given plenty of show-stopping performances to warrant such praise, but Chandler, a man able to simultaneously articulate humility and confidence in the best way, is willing and able to do the work to distinguish himself as worthy. 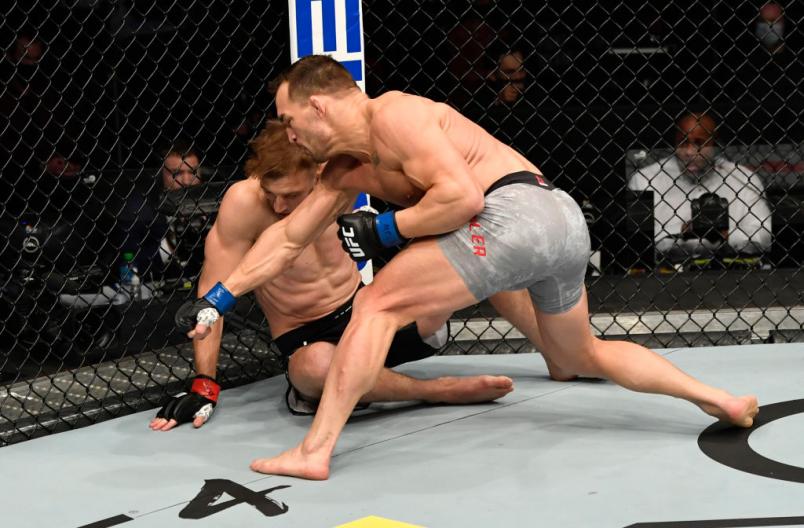 “The UFC is the ultimate level and measuring stick of your validity in the mixed martial arts landscape and in this division,” Chandler said. “Me coming in and finishing Dan Hooker in the first round – he’s never been knocked out to the head before, he just went through a 25-minute war with the number one guy in the division right now, who is Dustin Poirier, and (Poirier) saying that I haven’t earned it, I get where he’s coming from, but I’ve earned it in the sport of mixed martial arts. Yeah, I haven’t earned it like he has earned it inside the UFC Octagon for the amount of time that he has fought here, but that’s just his opinion. At this point, this is a sport. This is an organization that values guys that are willing to step up, say yes, and I’ve been nothing but a guy who has said yes since day one.”

“Iron” backed up those words the moment he signed with the UFC, spending what ended up as a fruitless week of waiting as the backup at UFC 254. The experience proved valuable, though, as his comfort with the unique setup at Fight Island helped him find his groove a little quicker before his debut.

With Nurmagomedov apparently out of the picture and Conor McGregor licking his wounds, Chandler wouldn’t go as far to say he’s the new face at 155 pounds, but he is a fresh face, and one with as much buzz as its ever had around it in an already decorated career.

That night went really, really well on the biggest stage I could’ve possibly asked for,” Chandler said .”It could’ve just as very easily went south pretty quick, and nobody would be talking about me aside from the fact that I was overrated and they were right. It’s nice to have it behind me. I’m glad that it is done, and I think I did my job. I did what I set out to do – to come in, knock down the door of the UFC lightweight division, make myself known as a top guy in this division and hopefully cement myself as a guy that’s talked about in the title picture here in the next half of a calendar year.”

At the very least, Chandler is very much in the mix with Poirier, Charles Oliveira and Justin Gaethje as the inner circle of the lightweight title picture.To do so with a performance that left Chandler the “most pleased” he’s ever been with himself after a fight is a bonus (one worth $50k), and he’s admittedly relieved to reflect on a job well-done with his wife and son. For now, he’s happy to be back with them to play dad and husband, one that now stands as one of the best lightweights in the UFC.

Similar to his overall feelings about his debut, though, he isn’t satisfied – not until he gets UFC gold wrapped around his waist.

“It was the biggest platform I could’ve ever asked for, but really, the sun rose the next day, and there was more work to be done,” he said. “Still gotta take the trash out, I still gotta put my pants on one leg at a time just like I did before and continue the road towards that UFC gold by just stringing together day after day of hard work, listening with my coaches, gameplanning with them, being surrounded by the people that I love and the people that love me, and really, the proof is in the pudding. I’ve been doing it over the last 12 years. We’re going to keep doing the exact same thing. There might just be a little bit more eyeballs and a little bit bigger platform, but really, the work has to remain the same if not increase.”