Michael Chandler Has A Job To Do

"Iron" Michael Chandler's Waited For His Shot At UFC Gold And Intends To Bring The Belt Home At UFC 262
By Thomas Gerbasi on Twitter @tgerbasi • May. 12, 2021

“He had two arms, he had two legs, he was my size, and I was out there to do a job,” he said of his mindset during a stellar wrestling career at the University of Missouri. “It’s the same thing in mixed martial arts.”

So as he gets ready to challenge Charles Oliveira for the vacant UFC lightweight title on Saturday night in Houston, the UFC 262 headliners have not engaged in any pre-fight gamesmanship. That’s good, because that could only take away from what could be one of the best 155-pound title fights in recent history.

It’s also one not many could have predicted happening at this time last year. In May 2020, the world was gripped by the COVID-19 pandemic, but the fight world was showing signs of life.

The UFC became the first major sport to come back on May 9 with a UFC 249 event that saw Justin Gaethje defeat Tony Ferguson for the interim lightweight crown. Three months later, Chandler knocked out former UFC champ Benson Henderson in their Bellator rematch in Connecticut. 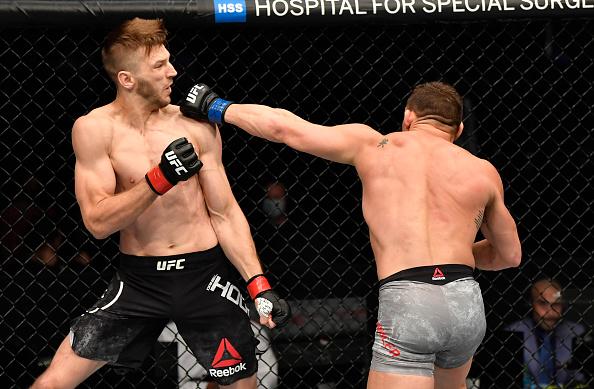 By October, champion Khabib Nurmagomedov returned to action and defeated Gaethje in the main event of UFC 254 on Fight Island in Abu Dhabi. He retired after the bout, and watching intently was Chandler, now a member of the UFC roster who was flown to Fight Island as a backup for the main event.

“Taking the opportunity to be the backup for the world title fight at UFC 254 was a decision that I made that a lot of people questioned,” he said. “But for me, I knew I needed the experience. I knew I needed to experience a UFC fight week and I knew I needed a trial run, so to speak. So it was a no brainer. I went to Abu Dhabi, got to meet and rub elbows with and have conversations with my new co-workers, the people who are going to be taking care of me from all sides of my career in the UFC. So by the time I actually had my first fight, it was already gonna feel like I’d been there before.”

Chandler made weight for a bout that didn’t happen, made the media rounds and got used to the routine of a UFC fight week. In January, he got to do it again for a fight that did happen – a UFC 257 bout with Dan Hooker.

“I just felt so calm and happy and energetic,” said Chandler, who needed less than three minutes to introduce himself to the UFC faithful.

Guess taking that backup role for Nurmagomedov-Gaethje was a smart move after all.

“I’ve always taken pride in doing things that other people weren’t willing to do,” he said. “And I always take pride in, when I get a phone call, I don’t question it. I say yes and I move forward.” 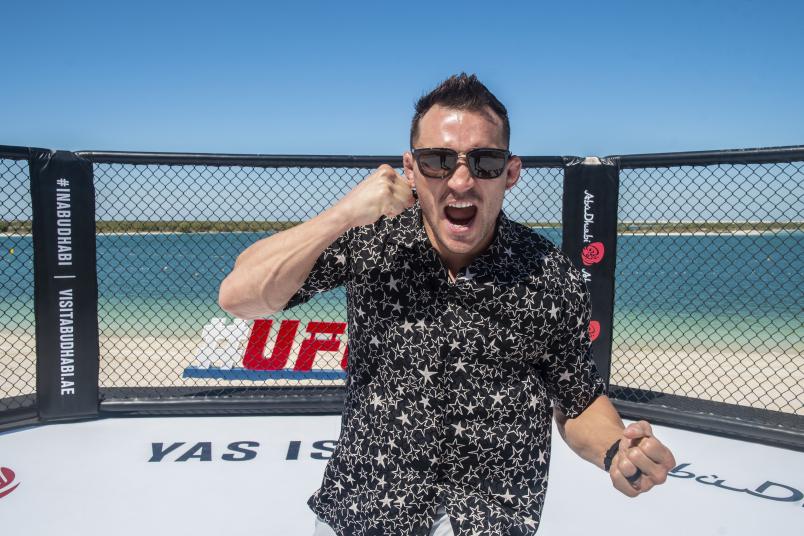 Two UFC cards under his belt - one as a spectator one as a participant – put Chandler on the short list of potential challengers for the belt soon to be vacated by Nurmagomedov’s retirement. The phone would ring again. UFC 262. Houston. Charles Oliveira. World title.

“Michael Chandler is a guy that says yes,” he said. “And there’s a lot of people who question my deservedness to get this title shot. But at the end of it all, the guy who says yes most of the time is the guy who gets the opportunities.”

Despite a fight style that can border on reckless at times in terms of his desire to end a bout as emphatically as possible, the 35-year-old doesn’t do anything haphazardly when it comes to his life in the Octagon or outside of it. The family man had a plan when he signed with the UFC after 26 fights building his resume and his status as one of the sport’s best.

“When I met with the UFC, I told them that I was in a position mentally, physically and spiritually that I believed – I didn’t know if it would be one fight, two fights, five fights, but I believed would win those fights and I would be fighting for the title,” said Chandler. “And not only would I be fighting for the UFC title, but I would win the UFC title. And it happened quicker than I thought, but I knew that within the first 12 months of me being signed with the UFC, I was gonna say yes to every opportunity that was thrown my way and I was gonna be victorious after every single yes that I gave, and then I was gonna be rewarded for it. And that’s exactly how it is working out thus far.”

All that’s left is to get the belt and say mission accomplished. That won’t be easy against Oliveira, the UFC’s all-time submission king who has won eight in a row, and Chandler knows it.

“Charles Oliveira is a consummate competitor,” he said. “He’s been in the UFC now for over a decade, he has a ton of submissions, a ton of wins, he’s on an eight-fight win streak, and well-rounded is an understatement when you’re talking about Charles Oliveira. I am well aware that I have a tall task ahead of me in Charles Oliveira.”

And Michael Chandler’s got a job to do.