Middleweight contender Michael Bisping has had no shortage of choice words for his UFC 159 opponent, Alan Belcher.  But these barbs are just the latest in a long line of his buzz-producing trash talk, and no fighter -- regardless of division or promotion -- is safe.

Print out this puzzle and fill in the blanks for a look back at the best of Bisping's worst. 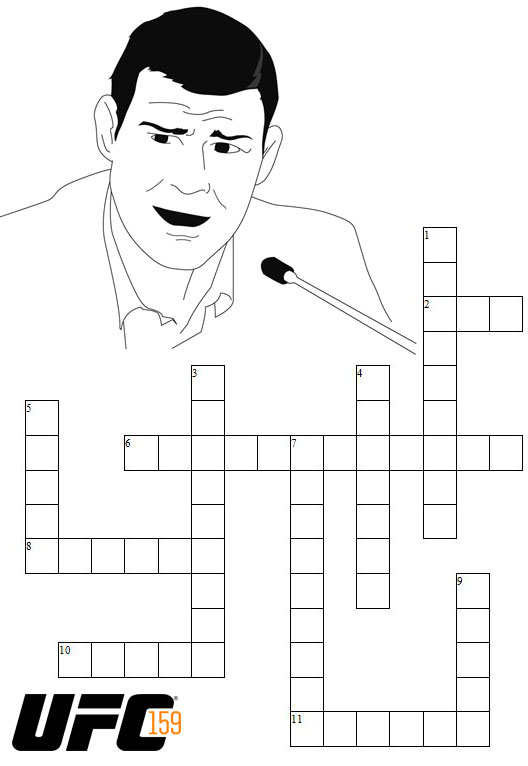