Michael Bisping Giving Fans What They Came to See 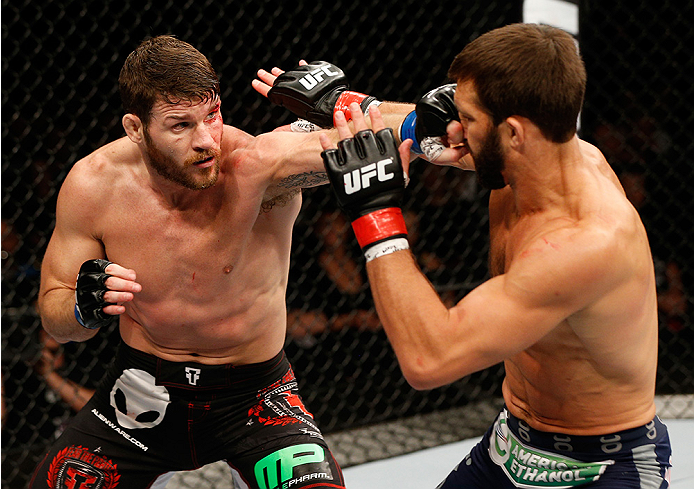 Much like his fighting style, Michael Bisping’s nickname has evolved into a multi-faceted entity.

While “The Count” was originally a nod to his ancestry, it has since become a descriptor of the guarantee he brings into the Octagon, because win, lose or draw…the Manchester native is going to captivate the attention of fight fans regardless. And further to the point, this is the way Bisping has been doing things for a very long time.
> Check out the fight matchup between Bisping and CB Dollaway

Since his arrival on the sport’s biggest stage as the winner of the third installment of The Ultimate Fighter, the often brash, always hard-charging Englishman has been a polarizing figure in the UFC ranks. For nearly a decade, the 36-year-old striker has managed to simultaneously evoke both adoration and ire from the promotion’s passionate fan base and that inspired energy has made him one of the most visible athletes to ever compete under the organization’s banner.

Furthermore, in addition to his elite-level trash-talking talents, Bisping’s skill set has validated his ability to back up his brash presentation, as he’s walked the walk with consistent success throughout his career. This is where “The Count” takes on a different meaning, as everything leading up to and surrounding a Michael Bisping fight has become as close to a guaranteed show as there is in the uncertain and unpredictable world of MMA. 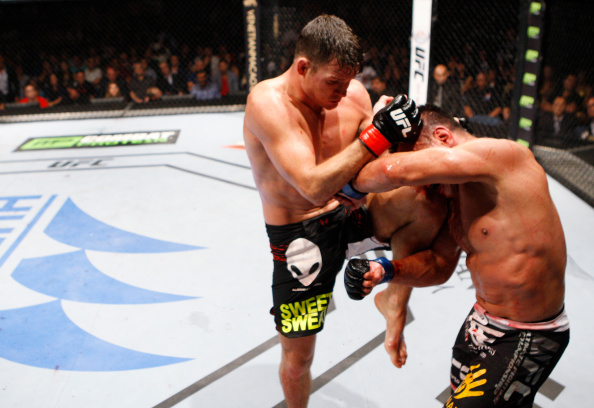 The Southern California transplant has established himself as a perennial contender in the ever-shifting world of the middleweight division, and he is confident the best days of his career are yet to come. In Bisping’s mind, the 22 Octagon appearances he’s logged thus far have all been key elements to prepare him for the run he intends to make at the 185-pound crown - a title opportunity he’s long envisioned and worked diligently toward.

Nevertheless, there have been setbacks at crucial junctures that have served to create twists and turns in his path to achieving that goal, but Bisping is confident he will get to where’s he’s aiming to go. And if there is one thing fight fans should know about the scrappy middleweight it’s that every bit of confidence and drive he has is backed up by equal amounts of work ethic and resilience.

When an eye injury threatened to end his career back in 2013, Bisping buckled down and put everything into making a full recovery as he was determined to resume his chase for the middleweight crown. And while his return has come with trials and tribulations under the bright lights, Bisping believes those rough outings were necessary in bringing himself back to his true form.

“There absolutely was an adjustment period where I took a year off and may have come back a bit too soon, to be honest,” Bisping said. “But all of that is way behind me now. I’m 100 percent healthy and I’m learning each and every day. I’m in the best training environment I’ve ever had in my life. My wife asked me the other day how training was going, and I told her things were great, but I shook my head. When she asked what that was about, I told her that if I had the type of training I have now five years ago I would’ve been world champion by now. 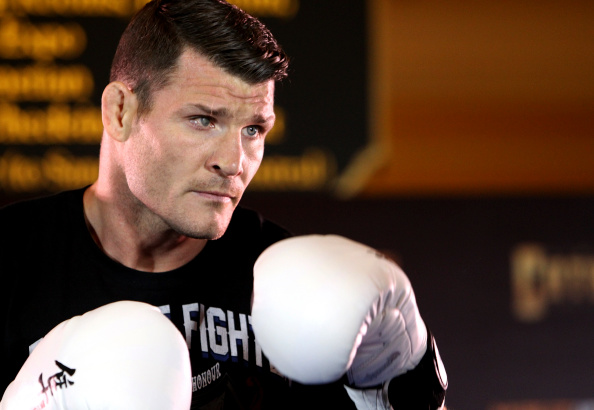 “Learning is such a big key to this fight game and I’m learning now more than ever. My coaches have all been amazed by my ability to progress, and even though I’m a veteran in the game I’m still progressing so much. I’m not trying to toot my own horn here, but that’s just been what’s happening. I’ve made great progress in every area of mixed martial arts and I’m looking forward to showcasing those skills and improvements in Montreal. I can’t wait to show the world what I can do.

Now, as he prepares to head into his showdown with CB Dollaway at UFC 186 this Saturday night in Montreal, Quebec, Canada, the former TUF winner turned contender has every intention of putting the best he has to offer on display and once again putting on a show for the fighting faithful in Montreal.
With the slew of setbacks and curveballs the event has been dealt in the lead up to the UFC’s return on April 25, Bisping understands that fight fans will be hungry to see something special, and that’s precisely what he plans to give them.

He has a long track record of putting on high-paced, action-packed tilts inside the Octagon, and he is supremely confident his performance against Dollaway at UFC 186 will be another addition to an already impressive resume. He plans to walk the walk once more and by doing so will give the crowd in Montreal the price of admission. 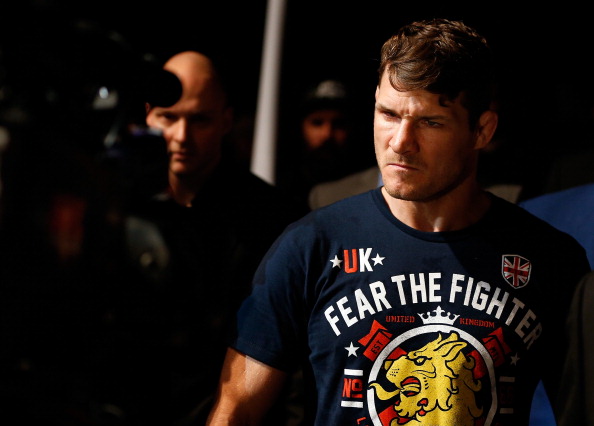 “For me it’s just another day at the office, but it’s what I love to do,” Bisping said. “This is what I’ve been put on this planet to do and I can’t wait. I’m in the best shape of my life and I’m excited to get to Montreal and give the people what they’ve paid to see.
The card has had some setbacks and has taken some blows, but make no mistake about it, I will deliver 100 percent. I have a lot of respect for my opponent CB Dollaway, but he’s in for a very rough night on April 25. I’m going to get the first round knockout and my hand will be raised inside the Octagon.

“I always deliver and that’s what I’m going to do here. I will give the people what they have paid to see. They want to see a world-class fight and that is what they are going to get. I will perform and have people salivating the entire week leading up to the event. There are going to be lots of sound bites and amusement on social media all the way up until that cage door shuts and I destroy CB Dollaway. There’s no way around the fact that he’s going home a loser and he’ll probably have to address whether or not he wants to continue fighting after I’m finished with him.”