Mendes Is Bringing The Pain To Conor

Chad Mendes: Conor McGregor will get knocked out, tapped out or just cry for five rounds
By Damon Martin, Foxsports.com 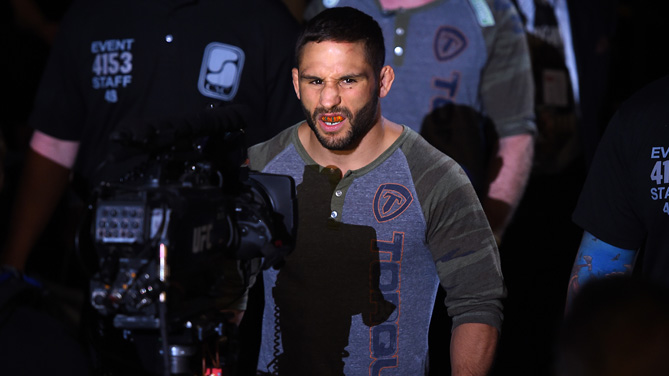 When Chad Mendes got the call from UFC president Dana White asking if he'd be willing to play backup for featherweight champion Jose Aldo in case of injury and face Conor McGregor on July 11, the No. 1 ranked fighter at 145 pounds didn't blink and immediately asked for a contract to sign.

From that moment forward, Mendes has been training and preparing as if he was already going to face McGregor while never actually knowing if Aldo would stay in the fight or not after he suffered bruised ribs and cartilage damage in training recently.