Melvin Guillard - The Best He's Ever Been

"If I don’t get a title shot this year, I do want to go undefeated. So I’m just gonna sit back and watch what unfolds in the division.” - Melvin Guillard 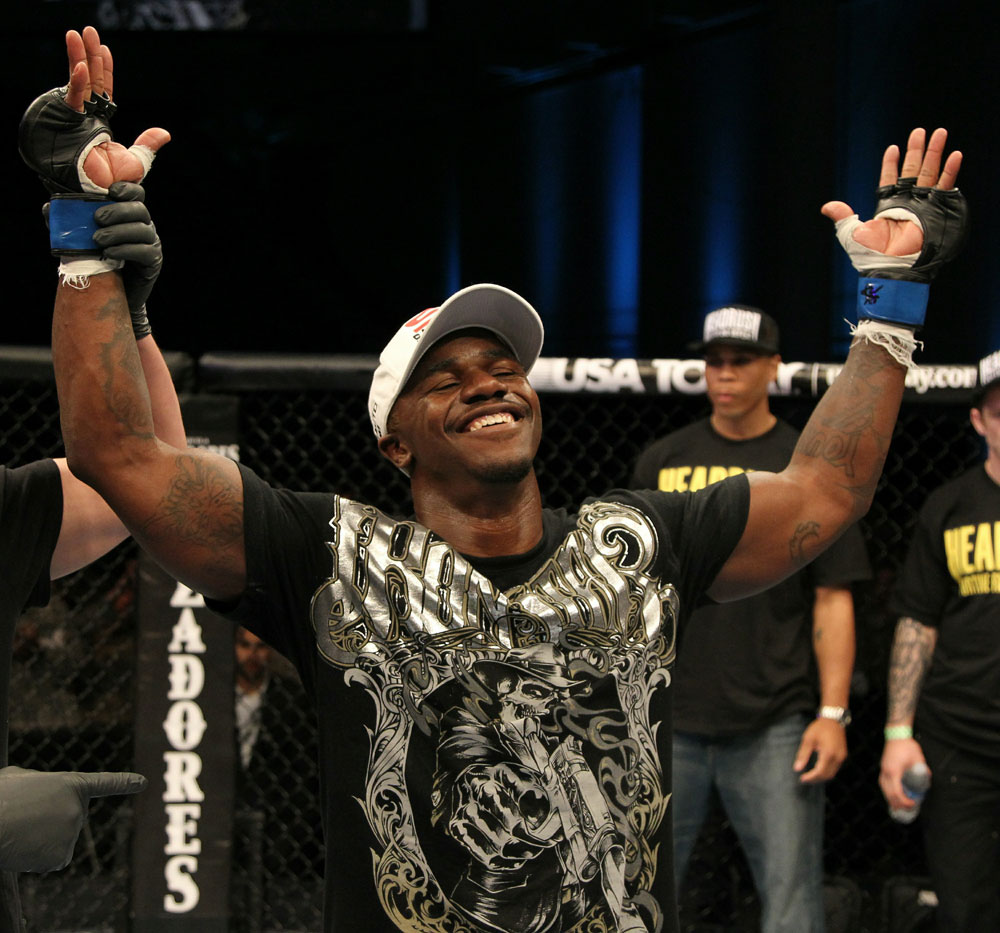 A double take is almost mandatory when Melvin Guillard talks about getting older, as if his 40th birthday just came through in March, and not his 28th. But to him, a life in the fight game that began when he was just a teenager gives him a unique perspective on the aging process – at least in an MMA sense.

“You don’t know what can happen in this sport,” he said. “I’m getting older and there’s a lot of young talent coming along. When I look back on my career, I’ve had a long career already. Before I was a just a kid myself beating grown men. I’ve seen a lot of careers end, I’ve ended a lot of careers, and you think about those things.”

Bottom line, “I’m tired of losing fights because of me. I’m gonna make a good run at this, and now is the time.”

If Guillard sounds wiser, and okay, older, it’s because he’s reached the point in his life and career where he can’t take the missteps he took early on. In fact, few would have made it this far after all the ups and downs he’s weathered. But a year and a half away from his 30th birthday, Guillard can finally call himself a veteran and a contender.

And just because he sports a 45-9-3, 1 NC, that doesn’t mean the title of “veteran” is given to him haphazardly. Sticking around for a couple dozen fights doesn’t earn you such a description. It’s sticking around, learning your craft, and realizing what it takes to make it to that next level. Guillard has figured that out, and with four wins in a row leading up to his UFC 132 bout with Shane Roller this Saturday, he’s showing the best form of his career.

“I’m definitely on the right track,” said “The Young Assassin.” “It took me a while to figure it out, but if I would have won the title at 23 like (teammate and UFC light heavyweight champion) Jon Jones did, I probably would have screwed myself over. I would have been young and immature, and sometimes you get a taste of that glory at a young age, and a youngster can’t deal with it. I probably would have been that guy. Just being in the UFC alone and being on The Ultimate Fighter, I was already feeling like a rock star and I was already partying like a rock star and that’s how I got in trouble. Now I look back on all that and I don’t regret anything, but I look back and say that was the biggest learning tool but it was also the hardest road to take, and I made it a lot harder than it should have been. That’s what’s making me strong now as an individual and as a husband and a family member and as a teammate. I look back at all the bad I’ve done and all the tough roads I’ve taken and I know there’s nothing else standing in front of me that can be nearly as hard as the things that I’ve been through already. So putting somebody in front of me to fight me for a gold belt, that’s nothing to me. That’s gonna be easy takings for me.”

In his last four bouts, Guillard nullified the ground game of Ronys Torres, knocked out Waylon Lowe with a knee to the body, stuck to a rock-solid gameplan against Jeremy Stephens, and stunned fight fans with a first round finish of highly regarded Evan Dunham. His game has evolved by leaps and bounds, and if he continues with his winning ways, a leap into the title picture would have to be next, right?

“It’s kinda surreal, but I’m excited at the same time, and I’m not really looking at the title just yet because I’m only on a four fight winning streak,” he said. “You’ve still got guys like Jim Miller, who’s on an seven fight winning streak, and the fights I need to put me in that spot I’m not getting just yet, but I’m gonna keep winning. If I don’t get a title shot this year, I do want to go undefeated. So I’m just gonna sit back and watch what unfolds in the division.”

The way he sees it, Saturday’s bout won’t be the magic one that pushes him to the top of the contenders’ list, even though his clash with top-notch wrestler and submission artist Roller is an intriguing one. Instead, he’s looking at Roller as the perfect foil for him to nab his second straight Knockout of the Night award.

“I’m motivated for every fight, but I think what motivates me the most is knowing that with a guy like this, he’s tailor-made for me to knock him out and I could possibly go home with a knockout bonus,” he said. “Fights like this, I take them and I always think to myself ‘man, I want to go home with that extra check.’”

It used to be that all Guillard thought about on fight night was unleashing his explosive power and earning another clip for his highlight reel. And when he was on point, finishes of Rick Davis, Gabe Ruediger, and Dennis Siver were something to see. But back then, if he couldn’t get you out of there, your odds of winning skyrocketed.

Yet after setting up camp with Greg Jackson’s team in Albuquerque and realizing that he needed to mature both in and out of the Octagon, things changed…fast. But even with the 180 degree turn in his fortunes, he isn’t going to push things. The way he sees it, by the time he gets his title shot, there will be no question that he’s the number one challenger.

“A lot of guys ask for something and they’re not ready,” he said. “I’m not really asking for it; I just want to keep preparing myself so when I do have that opportunity, I don’t choke like some of these guys are doing. Some of these guys have gotten these big opportunities and some have gotten that opportunity more than once and they choke in the big show. I won’t be nervous. I never thought of myself fighting for a title and saying ‘oh, I’m gonna be so nervous.’ To me, it’s just another fight. I’ve been doing this for years and right now, if I haven’t been nervous all those years, I’m not gonna start now. And when it (a title shot) comes, nobody can question it and say ‘well, did Melvin deserve it?’ Because I’m gonna work to get there. I don’t want nobody to give me anything.”

“Me personally,” Guillard continues, “my job means more to me than an actual title. If I get blessed with a title shot, I’ll be thankful. But in the meantime, I want to keep fighting and keep winning so I keep my job. I don’t see myself fighting back on small shows, I don’t see myself going back and trying to work a regular job because I don’t fight for the UFC anymore. I wouldn’t even wake up and feel right if I had to tell a kid that I don’t fight in the UFC anymore. Those are the things that I’m afraid of. I’m not afraid of not getting a title shot; I’m afraid of losing my job, and that’s why I fight so hard and why I like to put on a good show. Win or lose, I always get called back, and that’s my motivation and my drive.

Married, mature, motivated, yet still menacing in the Octagon? This is Melvin Guillard 2011, the best version yet.