Making Arguably The Most Notable Debut In His Professional Career, Melsik Baghdasaryan Is Ready To Make Himself Known In The UFC
By McKenzie Pavacich, on Twitter @mpavacich_ • Jul. 29, 2021

When we asked Melsik Baghdasaryan where he saw himself in five years ahead of his UFC debut at UFC Fight Night: Hall vs Strickland, he made sure to make it very clear that he believes he’ll be at the top of the featherweight division in “two or three years. Not five.”

It’s no surprise the statement was made with an enormous smile that exuded true belief in himself, as Baghdasaryan has quite a bit of experience in rising up the ranks in different disciplines of combat sports — and doing so relatively quickly.

“I’m a fighter, but I’m also a sportsman from my insight. In every sport I do, I do it great,” Baghdasaryan told UFC.com in his fight week interview. “That’s what I feel, and then that’s what I do.” 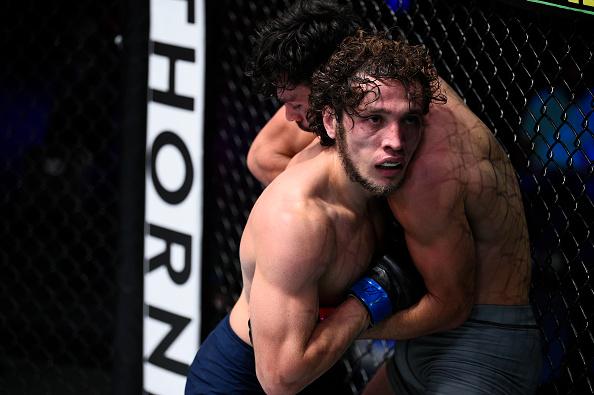 It all started with training karate at the age of six, and in the 23 years since, “The Gun” has made professional debuts and respectable runs in three different disciplines of combat sports, boasting an undefeated record across three boxing matches and a 9-2 record in kickboxing.

With nearly five years between his professional mixed martial arts debut in 2014 and his return to the cage in 2019, Baghdasaryan pursued what he thought at the time was going to be his career.

“I just wanted to do boxing. I didn’t want to do MMA,” he said. “After that, I got injured and then I kind of took time to think, and then we decided to do MMA.”

Now, after six professional fights in the mixed martial arts realm, Baghdasaryan said he’s excited to start his stint in the biggest fight promotion in the world.

“Of course, it’s kind of hard, kind of weird,” the 29-year-old said of transitioning yet again to a new discipline of combat sports. “But it’s very good. My striking is my specialty, my wrestling and jiu jitsu have gotten a lot better. I feel very comfortable.” 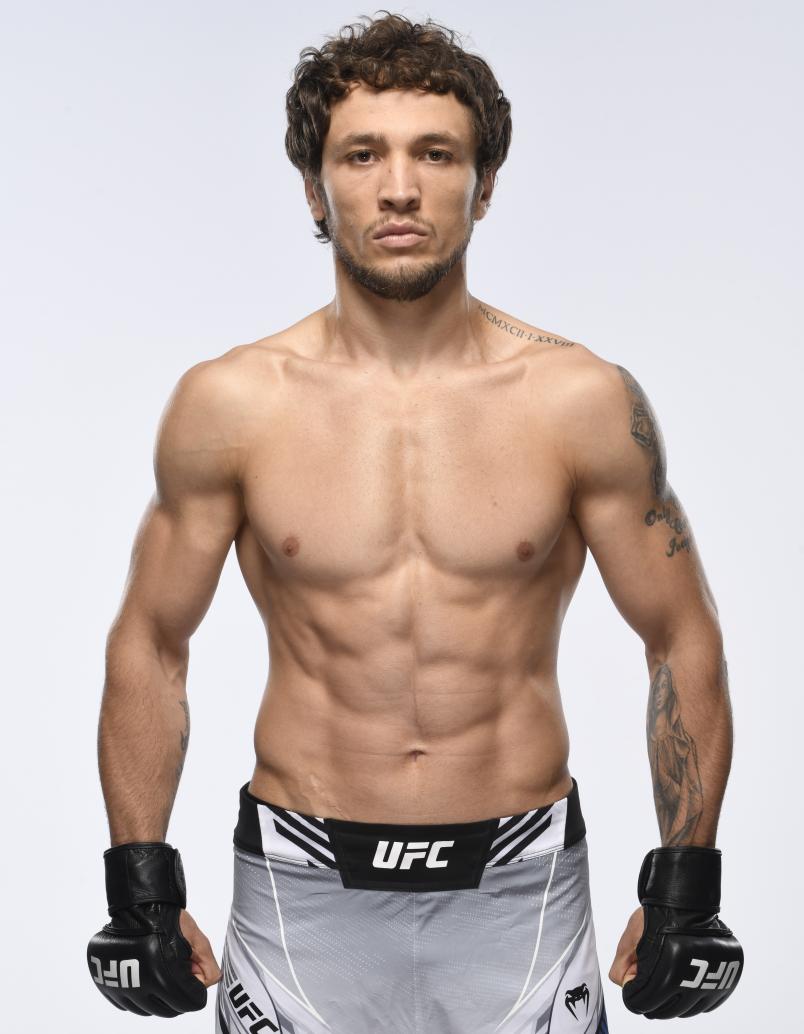 Melsik Baghdasaryan poses for a portrait during a UFC photo session on July 29, 2021 in Las Vegas, Nevada. (Photo by Mike Roach/Zuffa LLC)

Just like his opponent standing opposite him Saturday, Collin Anglin, Baghdasaryan is an alumnus of Dana White’s Contender Series, so fighting in the UFC APEX brings a sense of familiarity into fight week. Although some athletes find comfort in any normality they can find in today’s age of competing during a global pandemic, the Armenian made sure to add that comfort isn’t something he normally seeks inside a fight week.

“I feel comfortable wherever. Fighting is fighting, it doesn’t matter where.”

More On The Featherweight Division

Time, place, opponent — it doesn’t matter to Baghdasaryan, whose career up to this point has trained him to prepare for any possibility at any moment, not just a specific opponent.

“I didn’t look at my opponent, I don’t care about my opponent. Every time, always, I do my job,” Baghdasaryan said. “Before Contender Series, I didn’t see my opponent. It’s okay, I don’t care. I have more than 200 amateur kickboxing fights. We went from Armenia to some other country, and we don’t know anything like what fights we have, who our opponent is, if they’re tall, skinny, whatever.”

This time around, the challenge that lies ahead for Baghdasaryan is Anglin, who is riding a seven-fight win streak as he also makes his long-awaited walk to the Octagon after competing on Contender Series nearly a year ago. 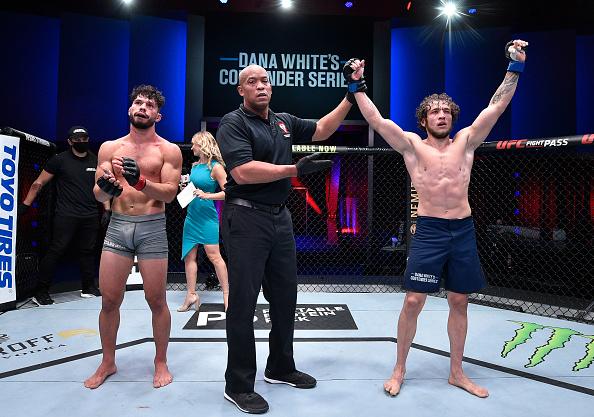 Anglin, who earned a hard-fought unanimous decision victory as a moderate underdog in his Contender Series fight, was due to make his UFC debut against SeungWoo Choi in February, but instead drew an equally challenging opponent in Baghdasaryan.

“My fights are very exciting. It doesn’t matter where I do it, it’s exciting,” the 5-1 featherweight said, adding that he likes to keep things interesting even when he’s defending himself.

Focused on the fight ahead and on the bigger picture, Baghdasaryan said he’s looking forward to staying busy as he works his way up the UFC ranks.

My last fight was almost one year ago, and then before that, maybe one or more years. It’s not good when you’re a professional fighter and you’re fighting once a year,” he said. “I want to fight, fight, fight, get to the title shot, win that, and then after that we’ll see.”

Aside from the ultimate goal, which he shares with nearly every athlete on the UFC roster, Baghdasaryan is also looking forward to once again making a name for himself in a new sport, adding that those who know him do, and those who don’t “will know soon.”