Home to legendary superstars, epic fights, and groundbreaking pioneers, the UFC Hall of Fame added four new members to its ranks on Sunday, July 10, the day after the epic UFC 200 event. For those who showed up to the final day of the UFC Fan Expo to witness the induction ceremony in person or watched it live on UFC FIGHT PASS, it was a day to remember, as one of the Octagon’s early stars, a fight that produced a stunning upset and knockout for the ages, a man who kept the sport alive during its darkest days, and a Brazilian icon received their just due and joined the UFC Hall of Fame. 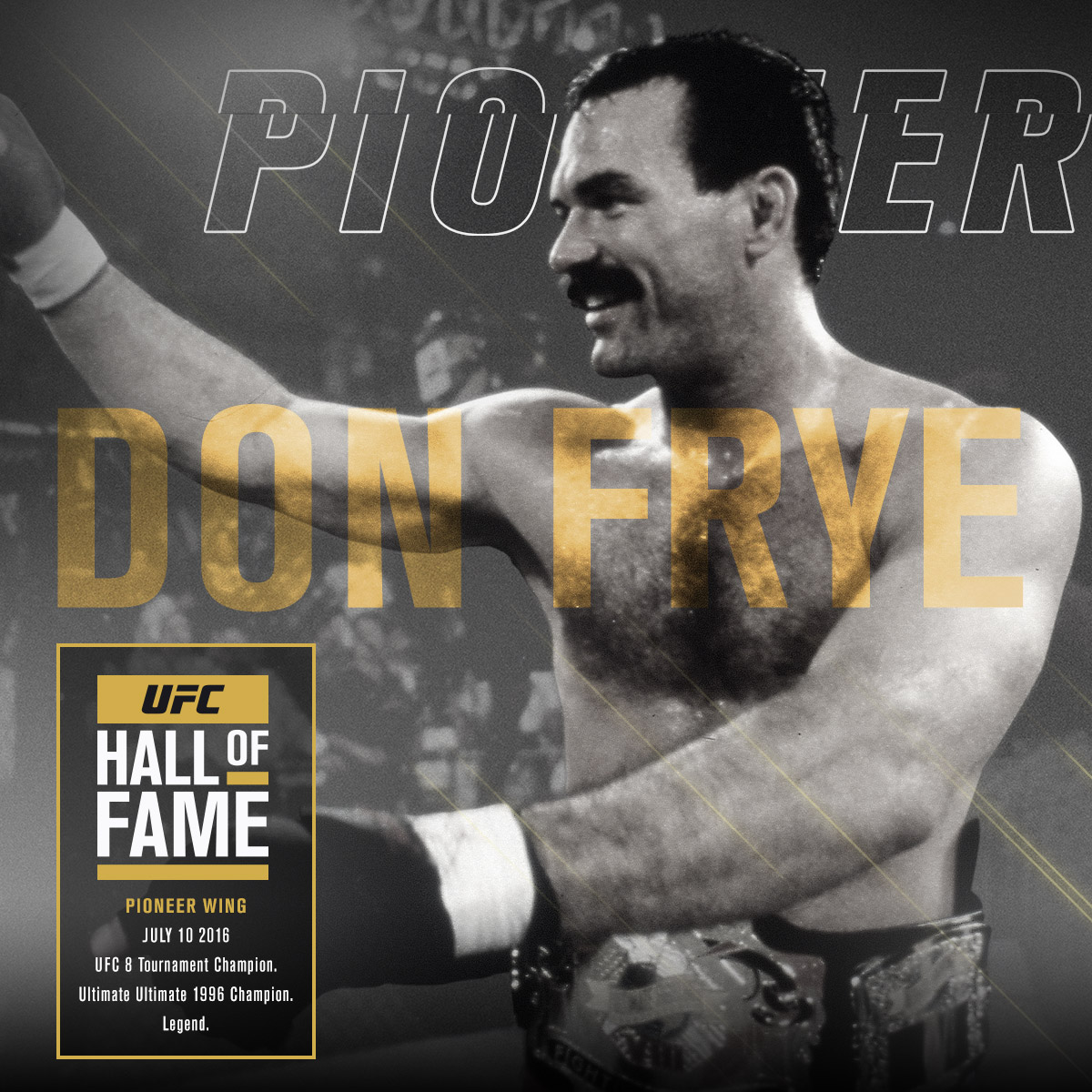 Don Frye
From the first time he stepped into the Octagon in 1996 until his final pro MMA bout in 2011, Don Frye was a fighter’s fighter, a no nonsense competitor who always showed up to finish his opponents and to put on a show for the fans. And with wins in two UFC tournaments in the early days of the sport, the always popular “Predator” did just that, earning him a place in the UFC Hall of Fame’s Class of 2016.

On Sunday, the 50-year-old Frye stole the show with a side-splitting speech that also fit in a few poignant moments as he thanked his family and spoke of getting older.

Frye also referred to not being an active fighter today, when he could reap the financial rewards of being in the UFC.

"Pay me what you pay (Conor) McGregor and I'll do a press conference between rounds."

Anyone who saw Frye fight believes he could do it too, as he was one of the toughest men to set foot in the Octagon.

"You had to win three fights in one night to be a UFC champion," said the two-time tournament winner. "That takes true grit." 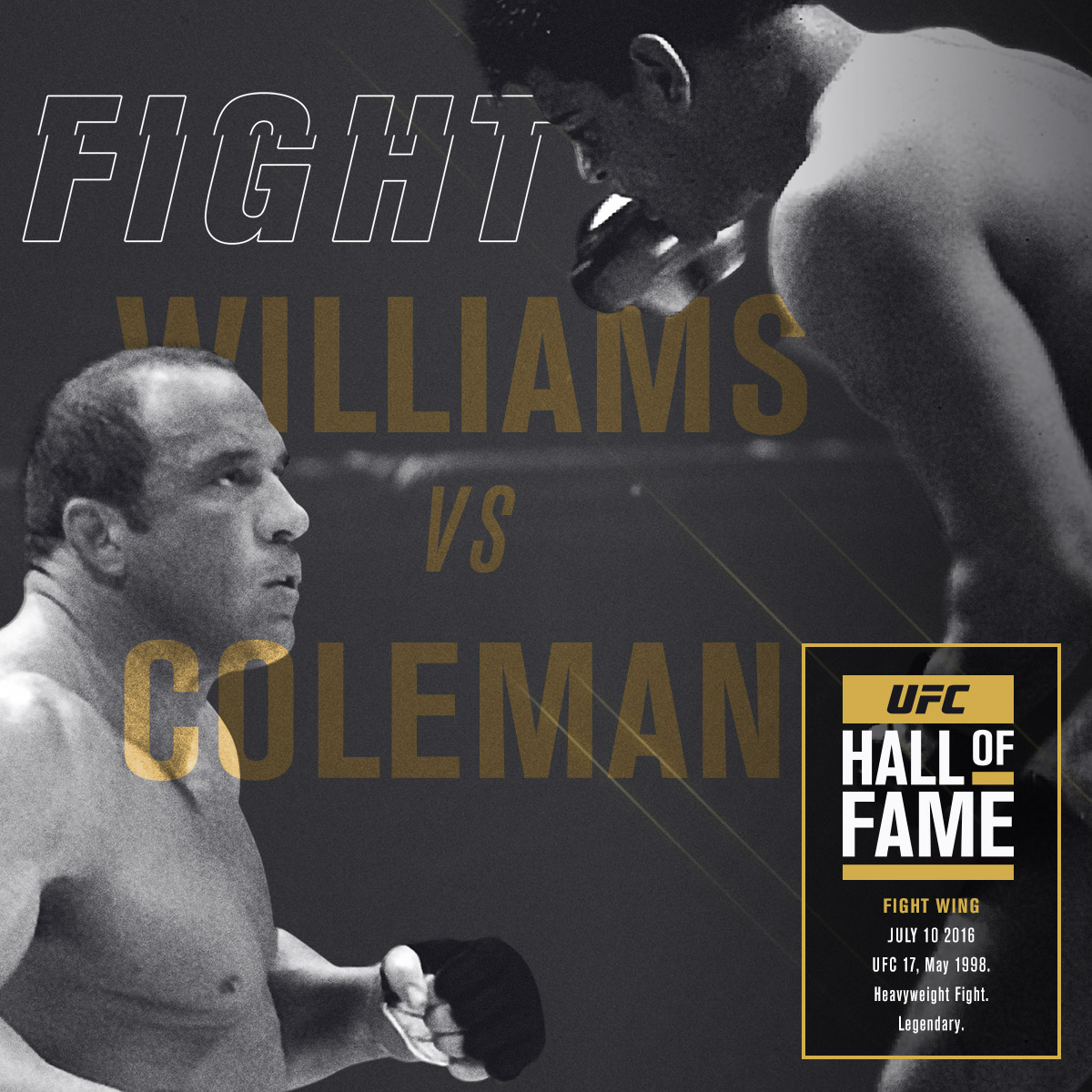 Pete Williams vs. Mark Coleman
A former UFC heavyweight champion on the road back to the top after losing his title to Maurice Smith, Mark “The Hammer” Coleman still had an intimidating aura around him when he faced unheralded Octagon rookie Pete Williams at UFC 17 on May 15, 1998. Yet in a bout that showed the beauty of MMA and the reality that anything can happen on any given night, the 22-year-old Williams weathered an early storm from Coleman and roared back, knocking him out with a right kick to the head that remains on UFC highlight reels to this day.

Both Williams and Coleman were in attendance at the Las Vegas Convention Center, with Coleman quick to crack jokes with his former foe.

"I love Pete Williams and I'm concerned about his shin bone," Coleman said, referring to the kick that ended their bout.

"It was a grueling war and it forced me to dig deep," Williams said. "In 1998 we were adversaries. Today, we become brothers in combat."

Coleman did have a solemn moment though, as he spoke of his friend and training partner, the late, great Kevin Randleman, who passed away in February. 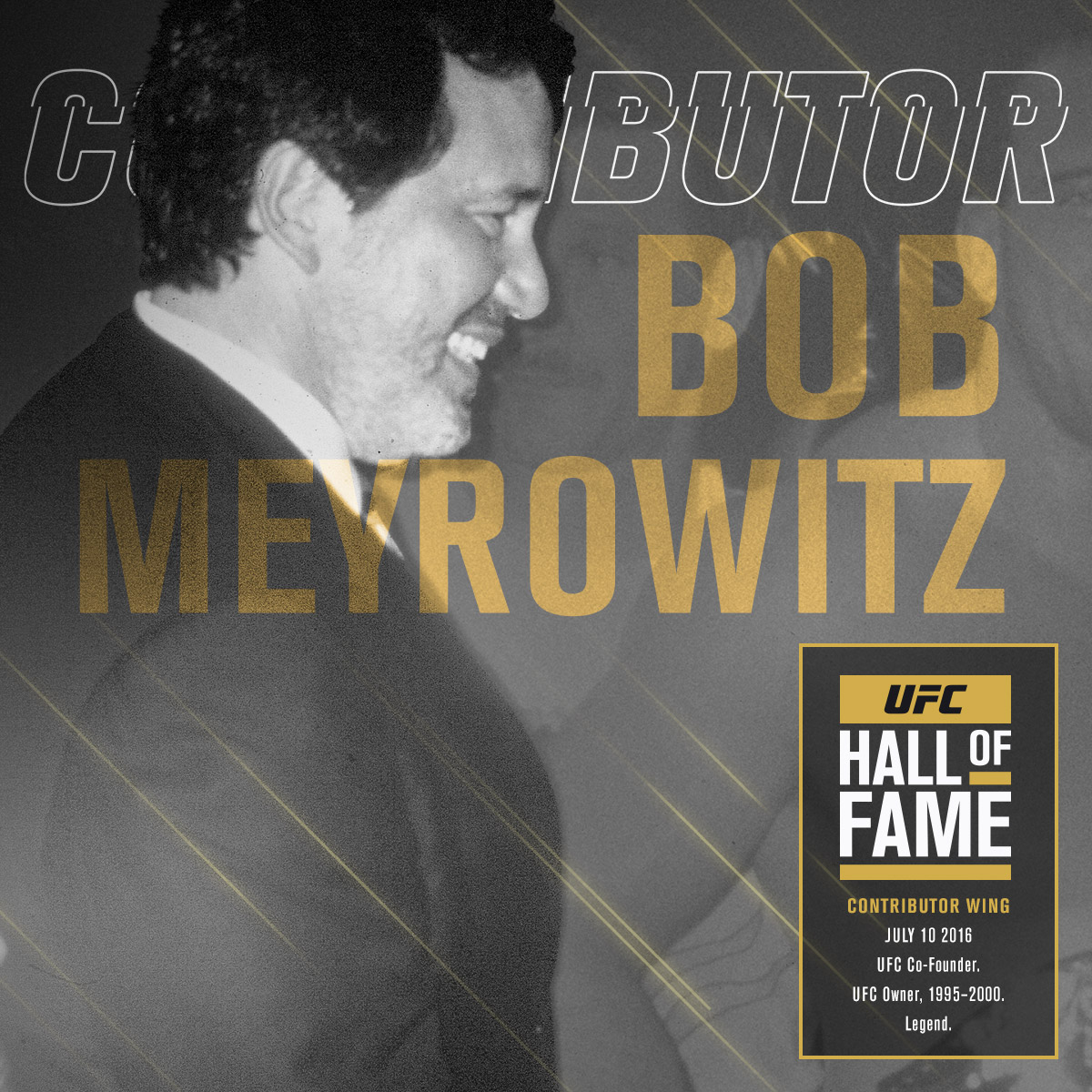 Bob Meyrowitz
A co-founder of the Ultimate Fighting Championship in 1993, Bob Meyrowitz laid the groundwork for the sport that would become known as mixed martial arts. Meyrowitz’ dedication to the UFC never wavered as he stood on the front lines, answered the critics and helped move the promotion along, bringing it to Japan and Brazil while also presenting the first UFC event under the unified rules of mixed martial arts in November of 2000.

Unable to make it to Las Vegas for Sunday's ceremony, Meyrowitz instead sent a video message, thanking not only the current UFC ownership, but the fighters who epitomized the early UFC and key figures John McCarthy and Jeff Blatnick. 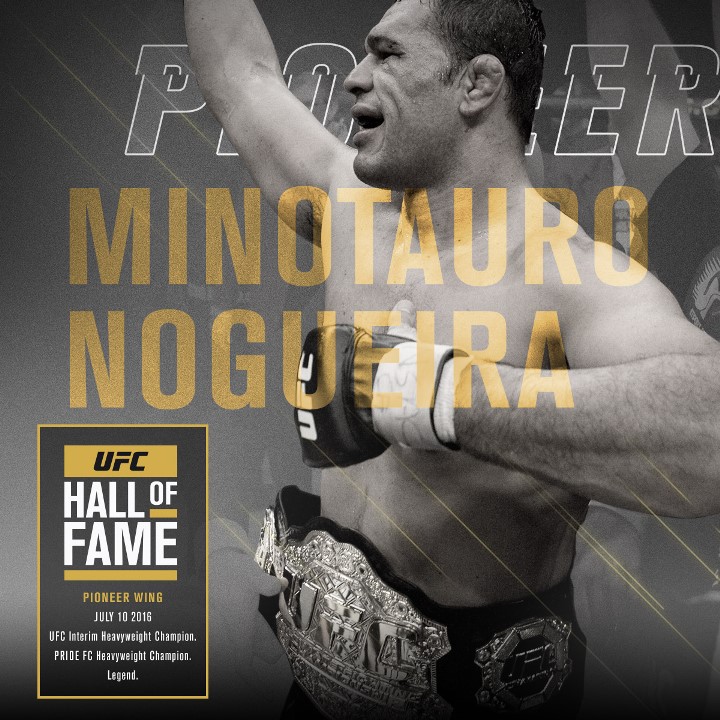 Antonio Rodrigo “Minotauro” Nogueira
A true legend of mixed martial arts, Brazil’s Antonio Rodrigo “Minotauro” Nogueira is the only fighter in the sport’s history to hold the UFC and PRIDE heavyweight championship belts. And though that’s enough to cement his legacy and earn him enshrinement in the UFC Hall of Fame, Nogueira’s unyielding heart and ability to pull victory from the jaws of defeat have placed him among the best to ever fight in the ring or Octagon.

Nogueira spoke of his resilience, which he believes was born in Brazil when he was 11 years old and suffered a near tragic accident when run over by a truck. And when faced with adversity in three pivotal fights against Tim Sylvia, Mirko Cro Cop and Bob Sapp, he was able to deliver three of his most memorable victories, though he joked that he still gets a pain in his neck every now and again thanks to Sapp.