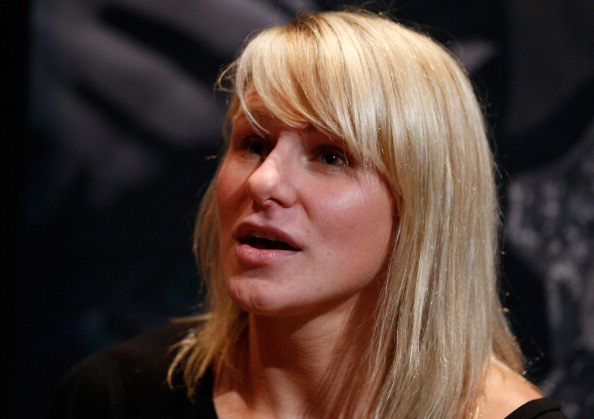 UFC vet Josh Neer said it best: “some fighters like signing autographs more than the fight.”

Justine Kish is not one of those. In fact, while some of her peers would relish the opportunity to do media tours and endless interviews in order to talk about herself, the Ultimate Fighter season 20 strawweight seems embarrassed by the whole process leading into Wednesday’s premiere.

“I feel bad almost,” she laughs. “This is the toughest part for me.”

Yet the sad part is that she’s damn good at being the complete package. First and foremost, she can fight, as she brings a 4-0 pro MMA record into the TUF house. Second, she has a compelling story and she can tell it, even if she wonders why people find her tale of being adopted at five out of a Russian orphanage and brought to the United States so fascinating.

“That seems to come up a lot more lately than I intended it to,” Kish said. “I was so young when I got adopted. I was five years old, so I can only remember a few things, and I believe a lot of things I do remember were just because of stories. So lately, the things people say to me are ‘wow, you’re a success story,’ or ‘it’s amazing how you got yourself out of that situation.’ But when I was born and put into that situation, I didn’t know any different. When I got older, I knew I wanted to get out of there because there were families coming into the orphanage trying to adopt us and trying to take us home. I knew that would be a better situation for me, so those are some small things to remember. But I don’t really consider myself being a success story. By my definition, success stories are for people that have been through awful situations and are doing the best they can from it.”

The great thing about success is that it comes in many forms, and being able to do what you love for a living in the biggest promotion in your sport is pretty successful. And being happy? That’s a state of mind the 26-year-old from North Carolina is in these days, and that’s success in anyone’s eyes. Just don’t expect her to be comfortable talking about herself, but if you get her discussing her true love, stand back and let the words flow.

“My love and passion is Muay Thai,” she said. “It’s a beautiful sport. There’s so much strategy involved and it’s an art. It has a beautiful history and the training for it, the time and sacrifice you have to put into it, the repetition to excel in it, it’s addicting.”

So addicting for Kish that she has made several trips to Thailand to hone her craft in its homeland. That’s not an easy road to take if you’re a male fighter. For a female, the degree of difficulty rises – not because the sport is harder for women, but that the fairer sex isn’t as accepted in the male-dominated culture there.

“There are a lot more than there used to be, but there are still camps that don’t let women into the gym,” Kish said.

She found a welcoming home at the Sinbi Muay Thai camp in Phuket, where she saw a different side of the fighting life.

“It’s easy for people to say ‘oh, Justine has great Muay Thai, she’s an amazing striker,’ and I love the challenge of it and I love improving in it, but it’s hard for me to agree that I’m so good at it because I know what these little kids are capable of in Thailand,” Kish said. “Being around children that are half my age and have a hundred plus fights, seeing how they live and how positive they are, it’s an eye opener. People will read this and they really won’t understand what I’m saying unless they’ve been in that experience and lived in gyms. I know what authentic Muay Thai talent looks like, and I strive all the time in my training to look like they do and I’m nowhere close. But it sets a bar.”

While in Thailand, Kish would train two times a day and sometimes have up to four competitions a month. And if you were allowed in the camp, you were expected to perform.

“If you don’t do a good job, they kick foreigners out,” she said. “If you were out there with the intention of competing for them, they wanted to make sure you were going out there at your best. So all I had to do was listen and do what they told me to because I trusted in my intentions and how badly I wanted to win.”

Win she did, taking a super featherweight world title in November of 2012. By then, she was 1-0 in MMA and on her way back to the sport to score three more wins, including a January victory over her TUF 20 castmate Randa Markos. And all along, the UFC’s Octagon was the goal.

“It really opened up for me when I saw (UFC bantamweight champion) Ronda Rousey completely take over,” Kish said. “It was almost like a ticking clock for me. When she was in there I knew it was going to be a matter of time that other divisions would open up. That changed the way I train, the way I prepare. I could look at Ronda and say ‘she’s going to make it big for women.’”

Rousey has, and now there’s a strawweight division as well, one that Justine Kish hopes to rule one day. But you won’t hear her say that. It’s not her style.