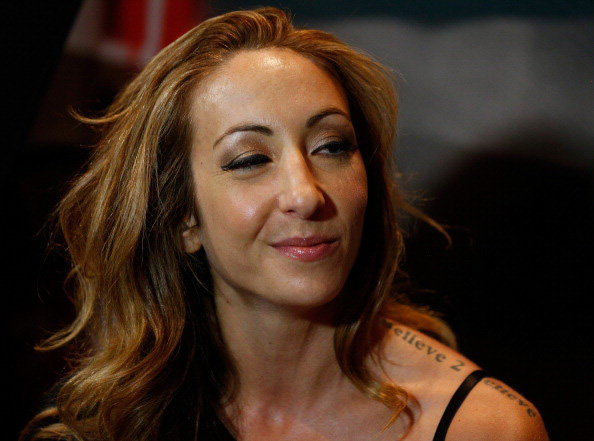 The Ultimate Fighter season 20’s Heather Jo Clark isn’t a name dropper, and that’s probably a good thing, because if she ran down the litany of standout fighters and coaches she’s worked with over the years, she might have a tough time finding opponents. But if she won’t run down that list, I will.

Mike Winkeljohn, Chris Luttrell, Robert Follis, Ray Sefo, Danny Romero are just the Fab Five. But her primary mentor, the man she’s known since she was five years old is the one she simply calls Sensei Benny. To the rest of the world, he’s kickboxing legend Benny “The Jet” Urquidez, and when you read the list back to her, Clark can only say “I’ve had some amazing trainers, that’s for sure.”

That’s an understatement. And even though she knows the caliber of the people she’s worked with in boxing and mixed martial arts, she tries to keep everything in perspective and not get too intimidated.

“Every day I’m thankful that I have that opportunity and that they believe enough in me to give their time,” Clark said. “It’s not like I’m making a ton of money yet, so it’s really about them believing in me and working with me because they believe in my talent, skills, and work ethic.”

They’re masters, so they see what I’m good at and they make a game plan for me or they work on certain things that they realize work for me or work with my style,” she continues. “I don’t really have to think too much; I basically just follow the lead.”

Owner of a 6-5 pro MMA record thus far in a career that began in 2010, the 33-year-old is still a work in progress in the fight game, but her raw talent is evident. Now it’s just a question of refining that talent and getting it to the point where she can best 15 of her peers on the upcoming season of The Ultimate Fighter and win the UFC’s first strawweight title. And that was precisely the game plan in the time she spent with Urquidez (and a special guest coach) leading up to the taping of the show earlier this year.

“When I had my weeks working with Sensei Benny getting ready for the show, I’d come in and he’d say ‘okay, this is what we’re working on,’” she said. “He just perfected what I was good at and he saw what I needed to work on. He said to my dad that if he had enough time with me that he would be assured that I would be able to knock everyone out. He has that faith and belief in me. And when I was out there last, I got to spend every morning with him and in the evenings for four nights I got to work with Anderson Silva for a few hours at a time, and that was kind of crazy.”

Add “The Spider” to the list of those who have worked with “Hurricane” Heather, and if she walked away from the sport today, she would probably have a helluva memoir to write, given not just her time in the fight game, but her years as a hockey player, in theater, and as a photographer. If there’s anyone that you can’t describe as one-dimensional, it’s Ms. Clark. But MMA is still her number one.

“I love MMA more than anything I’ve ever done in my life,” she said. “I played D1 hockey, then pro hockey in Canada and Switzerland, I’ve been a professional photographer and I have a Bachelors degree in Theater, so I’ve had a lot of hobbies that I’ve taken pretty far and I enjoy them, but MMA challenges me in a diverse way more than anything. Mentally, physically, emotionally, spiritually – any angle that something could possibly challenge you, MMA does. And I did it because I love that challenge.”

If that’s not enough of a story to captivate you, from a strict MMA standpoint, Clark still intrigues with her approach to the game, and she relates an adage from Urquidez that fighting is 99.9% emotional. That’s something that goes against most schools of fighting thought that teach their competitors to go into the ring or Octagon with no emotions, to leave them in the locker room.

Clark disagrees, saying “You can’t take all emotion out. There’s no fighter that can go in there in a meditative state where they’re not feeling anything based on what’s going on in the fight. You try to go out there and just react and not have any emotion, but of course there’s going to be emotions within it and beforehand as well.”

And as she points out, getting punched could drain a fighter emotionally, making them wonder what’s going on, but in the case of someone like Diego Sanchez, it can also fire him up. Clark goes on to cite other examples, and they all make a lot of sense, making you look at that role in the sport in a different light. But given her past history with one of her current TUF 20 castmates, Felice Herrig (who defeated Clark by split decision in 2013), how do emotions play into dealing with a particular opponent?

“You’ve got to take that out of it because it’s negative,” she said. “We’re not there with ill will or bad intent. It’s never about what this person has said before the fight, who they are or how they act. That’s their own thing, and that’s something I learned a lot in this show with my background with Felice and everything. It’s not about what they’re doing; I have to be focused on who I am and what I’m doing.”

So she’s still a work in progress on that front as well, but that’s what makes Clark and her castmates interesting heading into this highly-anticipated season of TUF. As for the Las Vegan’s thoughts on being in everyone’s living room every Wednesday night, she can’t wait.

And not for the typical reasons either.

“It’s a dream come true,” she said. “I’m one of those people who goes through life following my passions and my loves and doing them based not on the money I’m gonna make, but on how I’m going to enjoy my life. And now I finally get the opportunity to share that with the world and maybe get them to do the same thing. It’s why I have this tattoo that says ‘Believe to believe.’ If you believe in yourself and follow those passions and those things you love to do, opportunities will open up and present themselves as they have for me in all of my successes. Find what you love and do it. And good things will come to you and you’ll be happy.”