In the first of a three-part series, current UFC fighter Josh Samman goes behind-the-scenes to introduce the world to the man responsible for the UFC having one of the most comprehensive drug testing program in all sports: Jeff Novitzky

“I think they have a special ringtone for me,” Jeff Novitzky half-jokes over breakfast in the lobby in Sioux Falls, South Dakota. At 6-foot-6, he’s got a presence, towering over most people as he talks, arms crossed, thoughtful but engaging. He maintains a positive demeanor despite admitting that he’s felt like a dark cloud of bad news recently.

We’re discussing the recent string of potential anti-doping violations, and he says most times he rings UFC brass, he’s got to give a disclaimer as to whether it’s good news or bad. One of the most recent, a call to UFC President Dana White about pulling UFC 200 main eventer Jon Jones due to a potential doping violation.

“A lot of expletives,” Novitzky says of Dana’s response.

The organization likely knew there would be times like this once aligned with USADA. A more emphatic statement was doubling down on Novitzky to lead the charge. 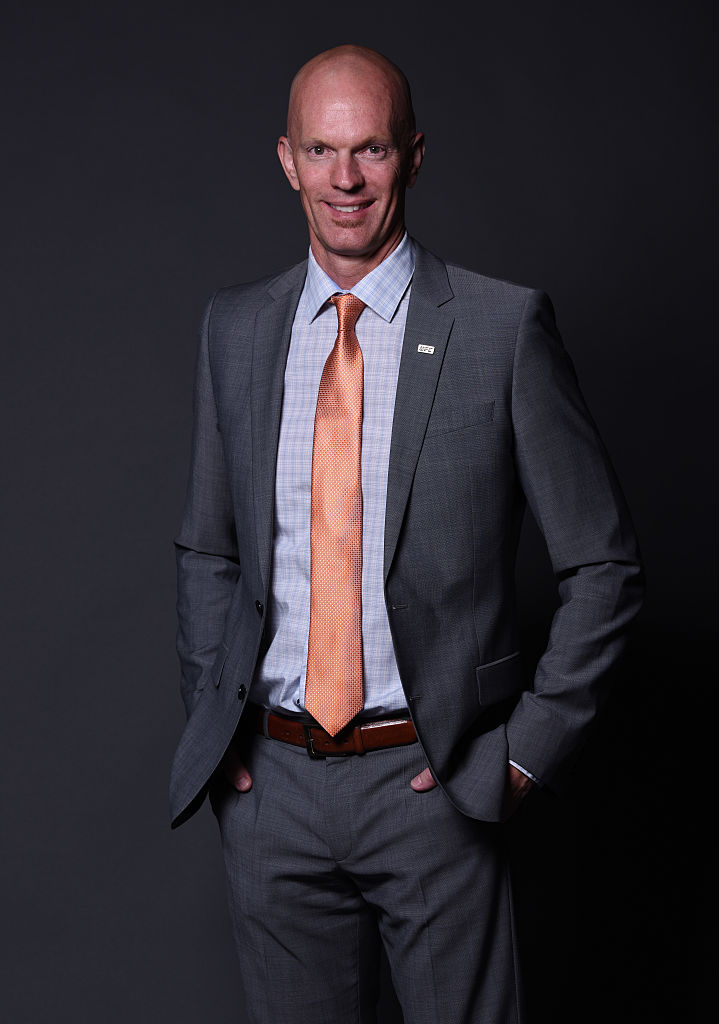 For over a decade, Novitzky has been one of the leaders for anti-doping in professional athletics. Notable investigations have involved several high profile athletes, including Lance Armstrong, Barry Bonds, Roger Clemens, Bill Romanowski, Marion Jones and Jose Canseco. “Jeff Novitzky is an unlikely contender for the role of Eliot Ness of the steroid age,” Duff Wilson of the New York Times wrote.

When asked about such comparisons, Novitzky remains humble.

“I tell people all the time that over the course of my law enforcement career, I was nowhere near the smartest agent in the room. Ever,” he said. “There were great agents that did great work. I just happened to run into a series of investigations that the media and sports world were super interested in. This route was not on purpose. There were just so few of these cases that it just kind of snowballed.”

After several high-profile cases involving failed drug tests, UFC moved to address the issue in mixed martial arts by developing the most stringent anti-doping program in sports. The organization has worked in conjunction with USADA for just over a year now, and Jeff serves as the glue between the two. He says his integral role in the company was the product of chance conversation.

“I got introduced to Lorenzo (Fertitta) by a mutual friend, around the time when they were dealing with Anderson (Silva) and Nick Diaz failures,” Novitzky recalled. “When I met with them, it wasn’t a job proposal. It was me, sharing my experiences and them voicing their thoughts.

"This is real, and we mean business." --Jeff Novitzky

“Shortly after, I got a call back saying they wanted me to come work for them. I had vibes that these guys were serious, and the offer to have a blank canvas to come in and implement what I’ve learned in the real world over 12 or so years, it was something I couldn’t turn down.”

Novitzky was a special agent for the FDA when approached by Zuffa, following several years with the IRS. He says even with his experience, every day is a learning process.

“I literally have no idea what each day is going to be. I wake up every morning, wondering what is going to happen. It’s a unique and unusual job, in that a lot of it is reactionary,” he said. “We make plans to be proactive, and a lot of that is done by spending time interacting with fighters, managers, and camps. And that’s great, that’s what I love about it. I think there has been a certain level of trust established that they can call me and get sound advice on medications and supplements. But when bad news comes down, potential doping violations, my job is to reach out internally to the company and inform all parties involved, and those are tough.

“It shows that the program is working, but in the interim, from notifying Dana, to the violators’ camps, those are difficult conversations. I don’t take pleasure in them, but they are part of the job.”

Tyler Hamilton, former US professional cyclist, once said “Novitzky drove a ‘bulldozer’ through the sport of cycling in uncovering details about the pervasive use of performance enhancing drugs.”

Novitzky, while optimistic, seems prepared to do the same in this realm of the sports world if necessary.

“It’s hard to measure what type of doping problem there is in MMA. I will say that I’ve never seen a single sport that was untouched. At some level, there is cheating and doping in all of it. But in this sport, the importance level is off the charts, because of the physical nature of it. This is not a ball over a fence. This is not riding a bike over a mountain. This is dangerous stuff,” he said. “And this program is the most comprehensive in all of pro sports. That is not my opinion. That is a fact.

“There are going to be some hard lessons learned that this is real, and until then, there are going to be some tough times and some bumps and bruises, because it’s one thing to look at the theory of a program on paper, but it is another thing altogether to remove the main event from the biggest card in history. This is real, and we mean business.”

Josh Samman is a former cast member of The Ultimate Fighter 17 and a current member of the UFC roster. Follow him on Twitter @JoshSamman