Stat: Seven wins by KO, one win by submission

Welcome to the UFC APEX, and congratulations on making it onto the 30th season of The Ultimate Fighter! How does it feel to be here?

I think it’s awesome. I tried out a few years ago and I thought I had it sealed. I just didn’t make it. Looking back, it’s actually a blessing. Because I was not where I needed to be to compete. But now I feel great. I’ve had a lot of fights since then and just feel good and feel ready.

How would you describe your style to those who haven’t you fight?

Do you see there being any issue living in the same house as your opponent?

Nah, at the end of the day this is my livelihood. I can be your friend and we can shake hands, but when the cage door shuts, I’m definitely going to punch you in the face. It’s cool, man. I’m sure I’ll make friendships and stuff but, when it gets down to it, I don’t care what I have to do to take care of business. 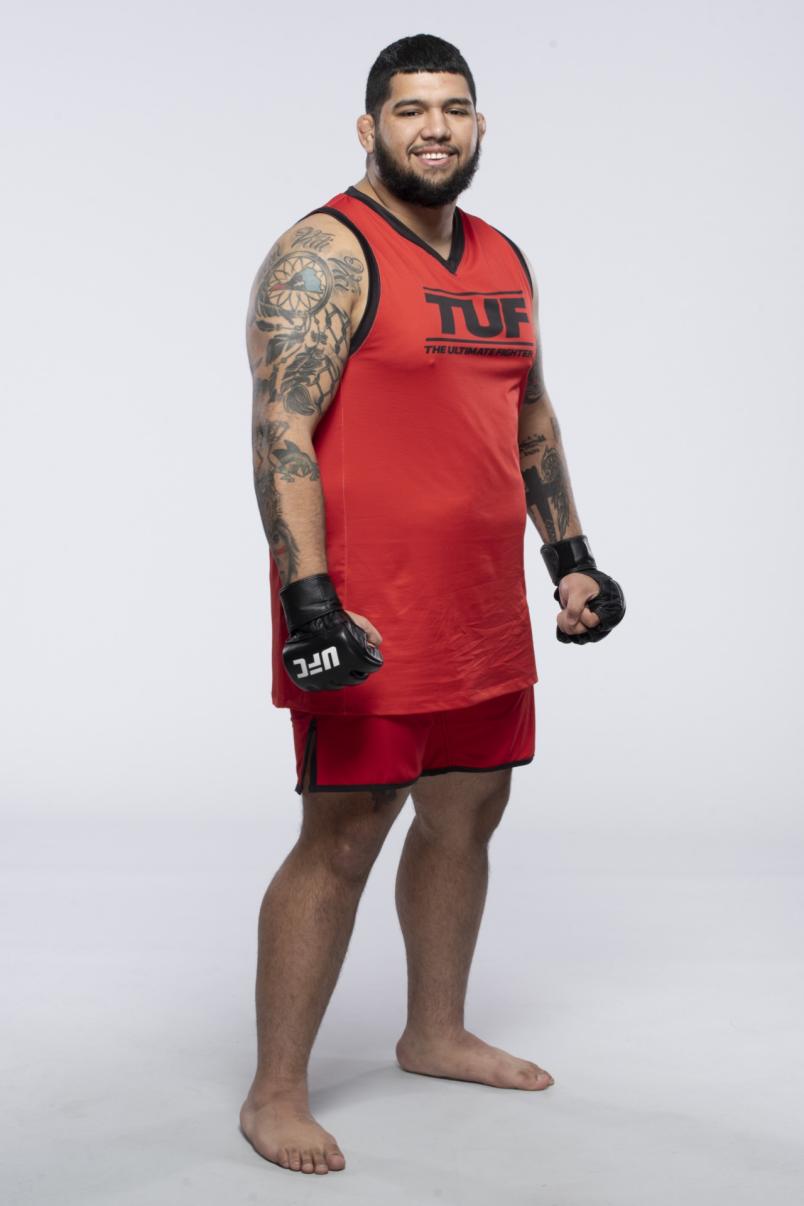 The Ultimate Fighter season 30 contestant Chandler Cole poses for a portrait ahead of the filming of TUF. (Photo by Mike Roach/ Zuffa LLC)

Is there a coach that you feel will be better suited for your style?

I’m cool with either one of them. Whoever I get picked by, I think that they are also guided and surround themselves with good people. I’m just blessed with this opportunity. I’m from Coeburn, Virginia, so this doesn’t happen to people where I’m from. I’m not too concerned who I get picked by. I’m just grateful for the opportunity.

Can you tell us about the time you met Kimbo Slice?

But he had thought we met each other before. I let that ride out for like forever. Finally, he was like, “Man, where do I know you from?” And me just being a 19-year-old kid kind of just freaking out, I was like, “Man I’m not going to lie, you don’t know me but I’m grateful to meet you.” And he was like, “Oh, man, you a fool. I thought I knew you this whole time. You talked to me like you knew me.” We took a picture and stuff, I’m glad I got to do that before he passed away. I was real young in my career, and I was watching him when he was tackling people out in the middle of the field, beating people up.

How much did meeting and talking to Kimbo inspire you?

I’ve met a lot of people who’ve truly motivated me. I got the opportunity to meet Buster Douglas, and actually sit down and talk with him for a couple hours. That really motivated me on hard work, and it doesn’t really matter what anybody else thinks about you; you got to take advantage of the moment. So, that was one thing that I took from him. Meeting Kimbo was more like a funny story. It was more of like the realization of what this sport can open up for me.

Catch Up On All Things The Ultimate Fighter

I just walked by Amanda Nunes, she’s about to possibly be my coach. I’ve literally followed her career, followed everything she’s done. Now, it’s not just like a vision or a dream, it’s reality. I’m around these people now. So, I can’t say it enough, I’m just thankful. Just super thankful for the opportunity. Grateful, humbled by it, too. This is awesome.

Why do you believe that you’ll be the one to win this season of The Ultimate Fighter?

I feel like I have a great head on my shoulders. I faced a lot of adversity. A human being doesn’t compare to what I’ve been through. I’m prepared for whatever happens. But the goal is to win. I’m prepared to die for this. I live for this stuff. I’m in the gym every day, I train every day. I don’t look the part; I am the part, though. I think that with my past fights, you go back and look at some of the people I fought, I fought world class people. I think no matter what, you know I’m going to come in there and bring it. So, I think that’s one thing that, I’m not going to say stands apart, because these guys are tough guys. But we’ll have to be in that moment, and we’ll see who breaks, who bends. I just know how far I’m willing to go to win this.