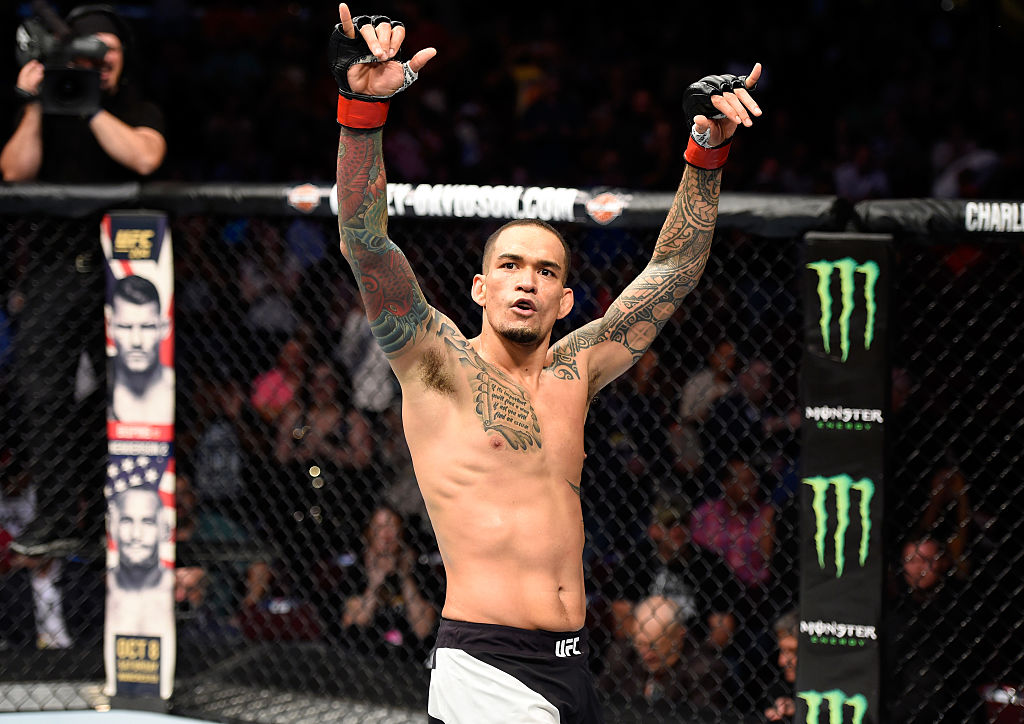 Former lightweight standout Yancy Medeiros made a successful move to the 170-pound weight class in the UFC 203 opener at Quicken Loans Arena in Cleveland on Saturday night, submitting Sean Spencer in the second round.

As expected, both combatants were busy as the fight began, and they kept the pace high throughout the opening round. Spencer was the more accurate of the two, especially with his right hand. Medeiros was sharp with his kicks, keeping the exchanges interesting.

The Hawaiian’s kick game paid off early in the second frame, as he knocked Spencer to the deck with a blistering left kick to the head. Medeiros was now in his world, and moments after the knockdown, he locked in the rear naked choke that produced a tap out at 49 seconds.