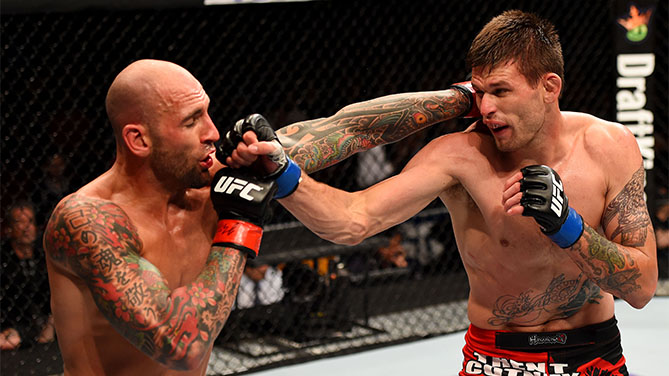 The first round was fought at a furious pace, with both fighters punching, kicking and throwing knees throughout with barely a breather. The scoring may have come down to what the judges preferred seeing – Sullivan’s aggressive attack or Means’ ability to counter seemingly anytime he wanted to.

In the second, Means was able to rock Sullivan briefly with a couple well-placed left hands, leading the Albuquerque veteran to put the New Jersey native on the canvas. Sullivan got up after taking a few shots, and of course he was throwing every step of the way. In the final minute, another left rocked Sullivan, this one dropping him to the mat, allowing Means to rally and finish strong.

Getting more and more accurate with his strikes as Sullivan tired, Means kept pushing the pace in the third, even adding a trip to his arsenal as he showed off what he could do on the ground as well, keeping Sullivan grounded until he was able to finish matters with an arm triangle that forced a tap out at the 3:41 mark. 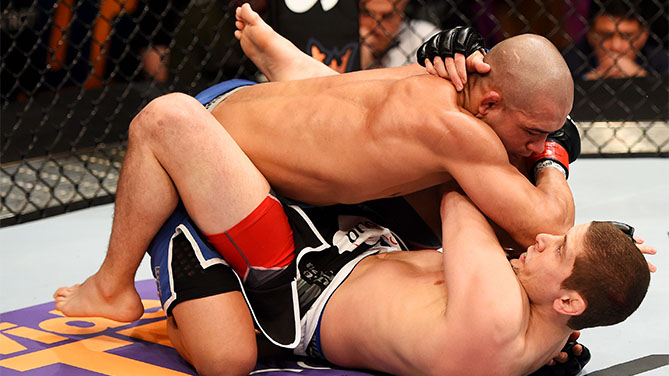 An entertaining grappling battle between Diego Brandao and Jimy Hettes met an unfortunate and abbreviated finish, as a doctor’s stoppage ended Hettes’ night after the first round.

Hettes and Brandao each got a takedown in the early going, Brandao immediately going to work for a rear naked choke and then an arm triangle. Hettes escaped both and tried to lock up a leg before the two stood and clinched against the fence. With 1:30 left, Brando took the bout back to the mat, opting for ground strikes this time before Hettes reversed position and stood up.

At the bell, Hettes went back to his corner with blood around his cauliflower ear thanks to a small cut, but that was enough for the Octagonside physician, who called the bout at the 5:00 mark, incensing the crowd and Hettes. But the verdict stood, with Brandao moving to 23-10 and Hettes falling to 11-3. 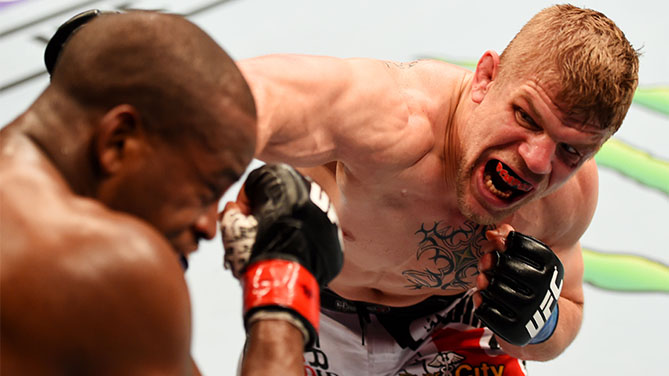 The local fans may not have been happy, but Chris Dempsey spoiled the night of Long Island’s Eddie Gordon in the middleweight opener, as he won a hard-fought three-round split decision.

Gordon had a big opening round, landing several flush shots on the chin of Dempsey while tossing aside all takedown attempts by the Pennsylvanian. In fact, it was Gordon scoring the first takedown of the fight in the second minute of round two. Yet as Gordon started to tire in the second, the durable Dempsey began to rally, scoring with a greater volume of shots and even picking up a takedown before the horn sounded.

Dempsey kept the pressure on in round three, yet Gordon, not finding his second wind but still willing to empty his gas tank, fought back hard in the grueling final five minutes. The two traded takedowns in the third, with Dempsey’s final one punctuated by ground strikes that might have been the difference maker in the fight.