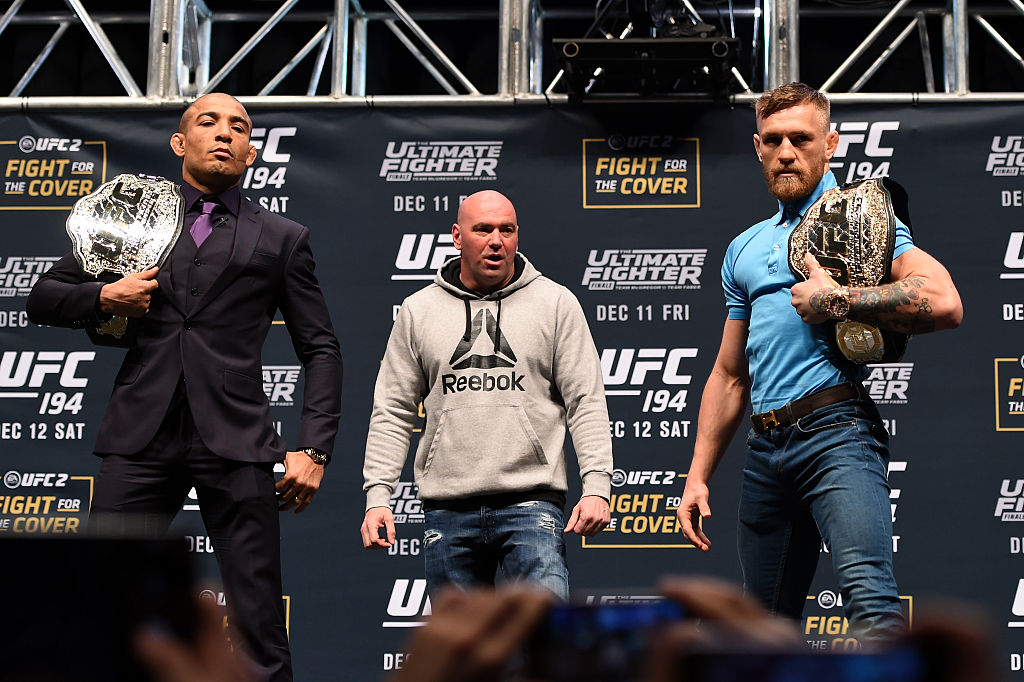 UFC announced on Saturday that world lightweight champion Conor McGregor has vacated his featherweight title and opted to keep the 155-pound title he won by defeating Eddie Alvarez at UFC 205 on Nov. 12.

Interim featherweight titleholder Jose Aldo has now been elevated to undisputed champion, and following these developments, the interim UFC featherweight title will be on the line on Saturday, Dec. 10, as Max Holloway and Anthony Pettis battle for championship gold in the new main event of UFC 206.

The winner of the five-round bout, which will be held at Air Canada Centre in Toronto, will face Aldo in 2017 for the unified belt.

This bout replaces the UFC light heavyweight championship bout between Daniel Cormier and Anthony “Rumble” Johnson, which was scrapped when Cormier was forced to withdraw from the rematch on Friday due to injury.

In the main event of the historic UFC 205 event in Madison Square Garden, McGregor continued to make history when he stopped Alvarez in the second round to become the first fighter to hold two UFC titles simultaneously. With his decision to vacate the crown, McGregor’s longtime rival Aldo, who bounced back from his December 2015 loss to the Irishman by defeating Frankie Edgar for the interim featherweight title at UFC 200 in July, will now await the winner of Holloway vs. Pettis as he begins his second reign atop the division he ruled for over five years.

Also announced Saturday was a middleweight match between Kelvin Gastelum and Tim Kennedy that will take place on Dec. 10 as well, pending commission approval.