McGregor Ready For Anything At UFC 189 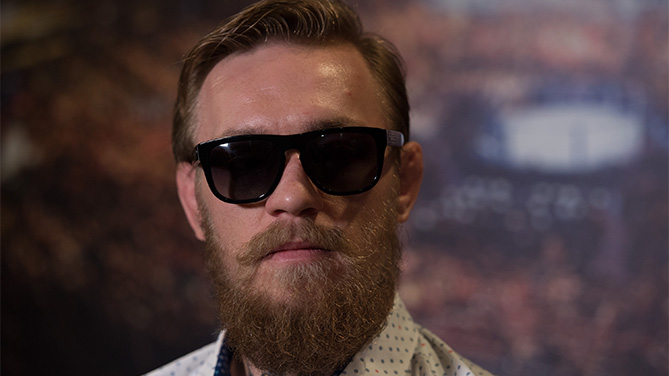 HENDERSON, Nev. – Conor McGregor still isn’t convinced he’ll be fighting Jose Aldo at UFC 189, but he knows this much: He’s ready to face whomever steps into the Octagon on July 11 at the MGM Grand.

Although Aldo, the UFC featherweight champion, has been deemed fit to fight after reports of a broken rib in training, McGregor said Thursday he’s also preparing for an interim title fight against No. 1 contender Chad Mendes if Aldo is forced to bow out.

“There were a few options on the table,” McGregor told reporters at his Henderson home. Among them was an interim title bout with Mendes, but McGregor said he also could have waited until Aldo’s rib was healed or taken a lightweight fight instead. 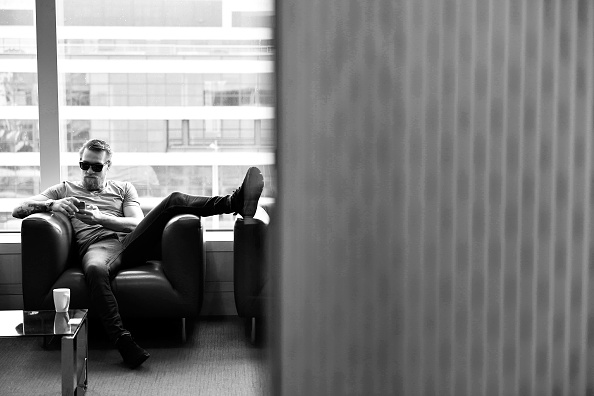 “The original thought was that (Aldo) will be fit to fight in seven weeks, so I could either wait the seven weeks or fight someone else,” McGregor said. “I was thinking, if it’s seven weeks, I don’t want to make two (weight) cuts, so we discussed 155. That was an option.”

In the end, McGregor said he was informed that Aldo sustained a bone bruise to his rib and cartilage injury and remains on the card.

“They called me in and said it turns out Jose has a little bruise in his rib and it’s not broken,” McGregor said. “So we’re going to go ahead with the fight. And in case he doesn’t show up, Mendes will show up and make weight and it’ll be for the belt as well.

> Check out UFC189.com for all things Jose Aldo vs. Conor McGregor 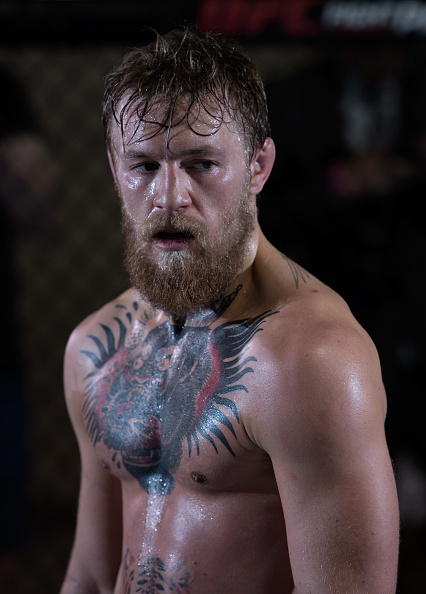 McGregor, however, doesn’t hide the fact he’s hoping Aldo is able to fight on the pay-per-view show.

“I hope he shows up,” he said. “Pride is on the line, I think. The rib’s not broken. Many people have stepped in and fought with that same injury. But he doesn’t need to worry about his rib because I’m not going for his rib. I’m going for his chin.

McGregor admitted he was almost happy at the chance he might fight at 155, which would have meant a minimal weight cut. But he dismissed that thought.

“I was almost going to go out and eat. Then I said, ‘I’m just going to carry on for a couple of days, continue being on point for 145.’ And it’s just as well I did. That was the only thing I was thinking, that now I can eat a little bit more.”