McGregor Puts Money Where His Mouth Is 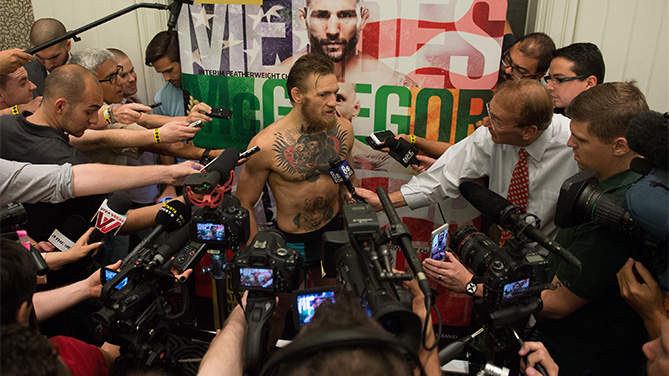 Conor McGregor knows he’s going to make millions at UFC 189 Saturday night, but he’s also hoping to win a few million more in a wager with UFC president Dana White.
McGregor, who faces Chad Mendes for the interim featherweight title at MGM Grand, acknowledged Wednesday at a public workout that he proposed a $3.5-million bet with White that he would finish Mendes by the end of the second round.

RELATED CONTENT: McGregor Will Intimidate, Infuriate, Dominate. All At Once | Inside The Irish Invasion - Part 1 & Part 2 | McGregor Plans To 'Butcher' Mendes

He made the proposed wager, which he called “friendly,” in an email to White but hasn’t heard back.

“It’s a good bet,” McGregor said after a spirited half-hour workout in front of several hundred fans, many of whom waved Irish flags. “It’s a damn good bet. I’d take it. We’ll see.” 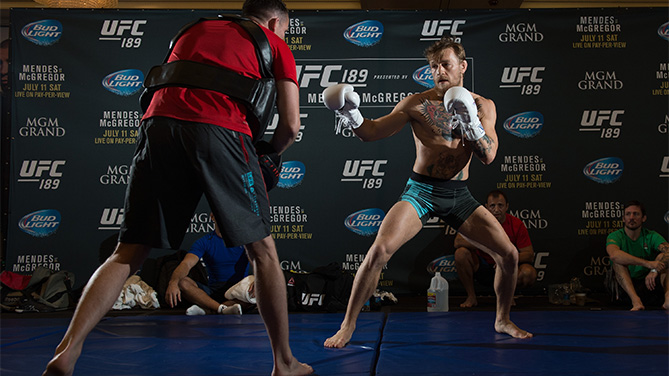 McGregor said he hadn’t planned on discussing the bet until White talked about it in a radio interview.

“I just heard that he spoke about it on the radio,” he said. “That’s how everyone knows about it because I didn’t tell nobody. It was behind closed doors. I don’t discuss business; he does. I hope that means he’s taking it.”

Mendes, who also took part in the public workout, seemed aware of the wager but dismissed it as an attempt by McGregor to stir interest in the main event.

“I think that’s just another way for Conor to build this fight up,” Mendes said. “Make the bet or not, I know what I have to do. I have to get in there and whip this dude’s ass.” 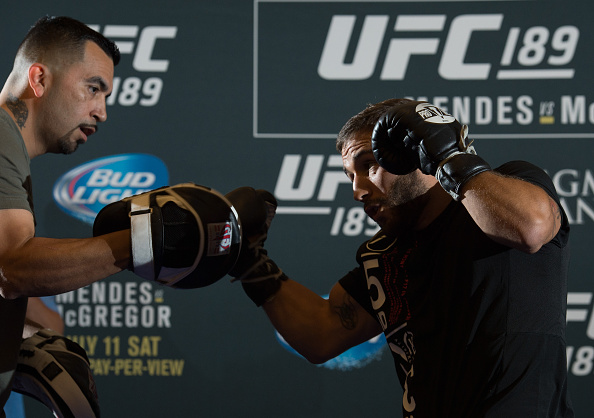 Despite a short training camp, Mendes, the featherweight division’s No. 1 contender, insisted he’s in prime shape for the scheduled five-rounder. He last fought in April, scoring a first-round knockout of Ricardo Lamas.

“I’m feeling damn good right now,” Mendes said. “I’m the type of guy that over-trains pretty damn quick. Usually within three to four weeks in a training camp I feel probably peaked out. It’s a lot of maintaining from there.

“I feel fast, I feel explosive. I don’t feel full of injuries and beat up. Only time will tell, (but) right now I feel great.” 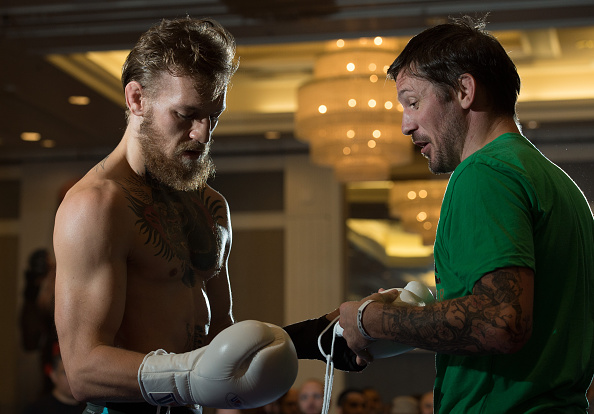 As for Mendes, McGregor didn’t seem too concerned with his opponent’s wrestling expertise.

“I see one or two exchanges, one or two scrambles and him having enough. He has a built-in excuse, that he’s taking the fight on short notice and all this. One or two smacks around the chin and he will be gone.”