Conor McGregor has no use for the term “interim title.” When he steps into the Octagon against Chad Mendes at UFC 189, he says it will be for the real UFC featherweight belt.

Champion Jose Aldo withdrew this week because of a rib injury, creating a chance for Mendes, the No 2 contender, to step in against McGregor. But even though their fight is officially considered an interim title bout, McGregor dismisses that notion. 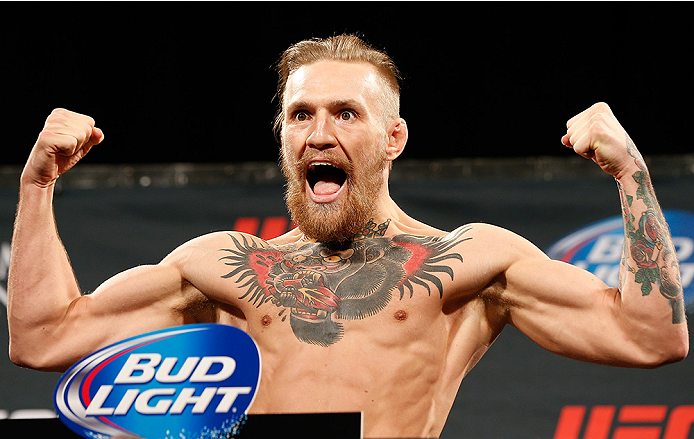 “If Jose is afraid and won’t show up, well then, he’s done,” McGregor said in a conference call with reporters Wednesday. “This is for the real featherweight belt. I don’t label this as the interim belt one bit.

“As far as I’m concerned, this is the real title that’s on the line.”

At the same time, McGregor said his primary focus isn’t so much about becoming champion as it is about slicing through a division that he claims is his alone.

“It doesn’t matter what way it happens, whether it’s Jose or Chad. They’re all going to get it.”

McGregor, whose 17-2 record includes a 13-fight win streak, continued his pre-fight trash talk, dismissing the 5-foot-6 Mendes as too short for the featherweight class and saying he won’t have the stamina to make a competitive fight. 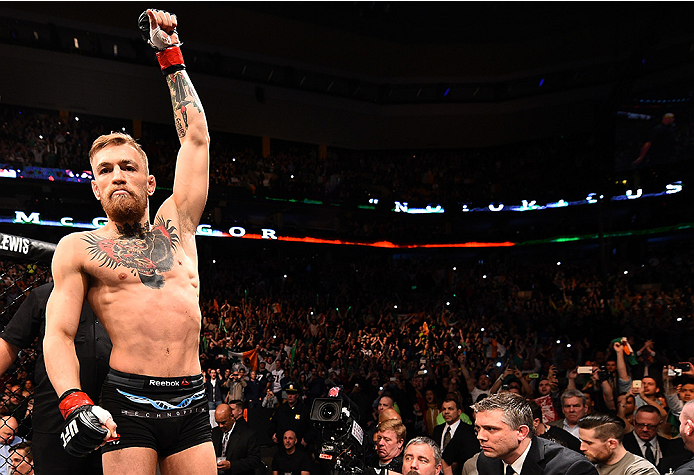 “I think Chad is a substitute, the B-level,” McGregor said. “I think he’s a wrestler with an overhand that gasses. His body weight to his height is in disproportion, and that hampers him as a fighter. That’s why he gets tired.

“That’s why, when I’m pressing in these exchanges and these scrambles, his belly is going to be breathing in and his body is going to be screaming for oxygen, and I’m going to be still there in his face cracking him with everything I have – the heel, the knee, the elbow, the fist, every shot in the book. And that will be that. Eventually, he will give in like they all do.”

The switch in opponents could be a challenging one for McGregor. Aldo is known for his striking. Although he also has elite level Brazilian jiu-jitsu, he's most effective on the feet. Mendes has punching power, but his base is wrestling.

During the often-contentious conference call, Mendes said McGregor would have problems if the fight went to the canvas.

“You’re a white belt on the mat,” McGregor responded. “You get me down, you hold me down, I’ll butcher you from the bottom.” 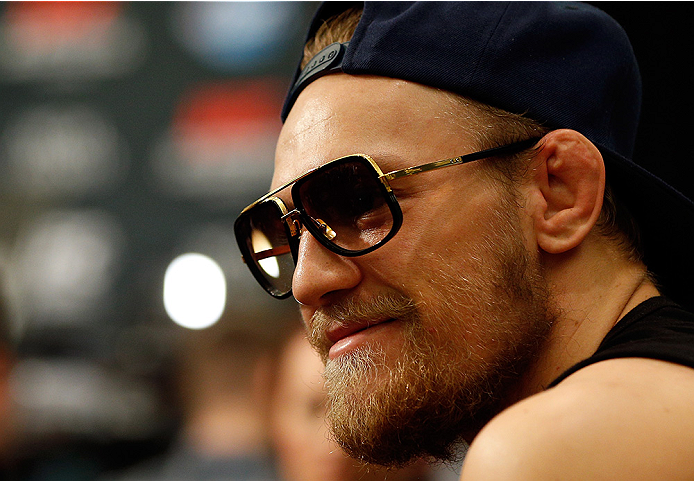 Later, he added, “I am very confident that if we exchange in any grappling sequence, I have the ability to dominate him.”

At the same time, McGregor said he would not change his preparation for Mendes.

“I don’t have a game plan,” he said. “I just go in there formless, ruthless, cold, and that’s it. It does not matter who is in front of me or what style or approach they have. My approach will win the fight.”

UFC officials said they expect about 2,500 fans from McGregor’s native Ireland to attend the fight at the MGM Grand on July 11 and that there has not been a substantial request for refunds despite the change in opponents. Before Aldo pulled out, UFC president Dana White said he hoped for 1 million pay-per-view buys. 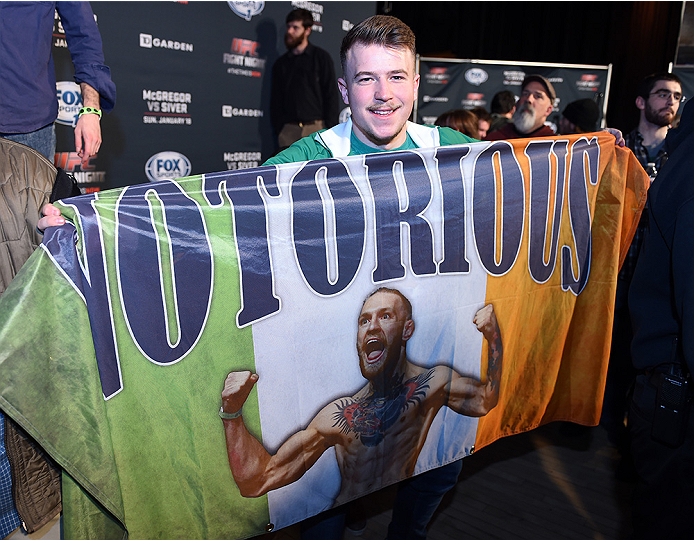 McGregor believes he’s the main draw, regardless of his opponent. “This is the McGregor show,” he said. “People are showing up to see me. We’ll take the B-level guy and we’ll still break records.”

But he also knows that he’ll face doubts even if he wins. In this case, Mendes will have had only two weeks to train compared to McGregor, whose camp will be more than two months long.

“They’ll always say something to try and discredit what I’m doing,” McGregor said, his voice rising. “Every fight there’s a question. Now it’s the wrestler question. Now it’s going to be the interim question. When I beat Chad, (they’ll say) he’s only had two weeks.

“There will always be something to try and discredit me, but at the end of the day, cash beats credit every day of the week. That’s what I’m here for. I’m here to shut this man down, break that pay-per-view record and cash them big, fat checks.”