McGregor: Mayweather will fall and 'become nothing,' like Aldo

Conor McGregor made a thought-provoking comparison Friday at his media open workout ahead of his enormous boxing showdown with all-time great Floyd Mayweather.

The UFC two-division world champion said Jose Aldo was once just like Mayweather: a dominant champion considered to be one of the greatest, who most thought couldn’t be beaten.

“Wait until you see when (Mayweather) falls – how you all write him off after this and he becomes like Aldo,” McGregor told reporters at the UFC Performance Institute. “Aldo was him at one stage and he just becomes nothing.” 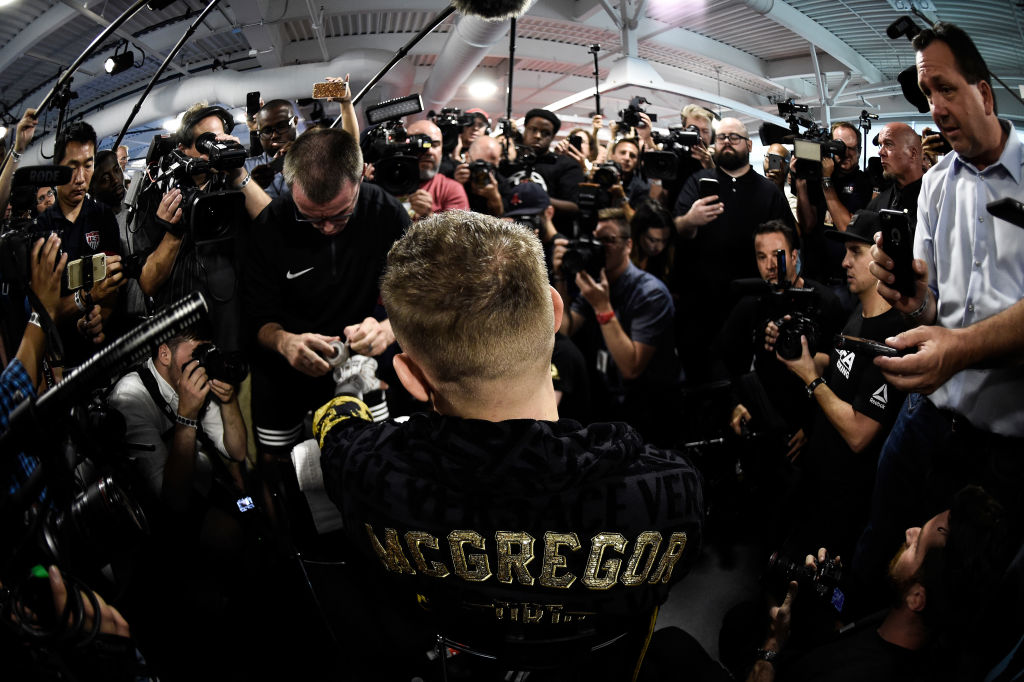 McGregor knocked out Aldo in just 13 seconds. It was one of the most iconic moments in the history of mixed martial arts. Not many believed McGregor’s power would be enough to thwart Aldo, who ruled over the featherweight division for a decade.

Against Mayweather, who sports a perfect 49-0 record and the distinction of being the most unhittable fighter in boxing history, McGregor attempts to do the impossible once again in his first-ever professional boxing match.

Not many believe he can win. But it’s not the first time McGregor has been doubted.

MORE: Mayweather plans to put on a show

“And then the poor guy that’s in there with me has to deal with it, and then he’s unconscious and it’s on to the next one. And then there’s more questions and more doubts. This will just continue until I call it a day.”

McGregor worked out for about an hour and a half, hitting the bags and putting on a show for the media assembled.

For all the people who think @TheNotoriousMMA can't box. This is gonna be a FIGHT! Conor vs Paulie Malignaggi former IBF/WBA World Champion. pic.twitter.com/CcTkFq0fhr
— Dana White (@danawhite) August 12, 2017 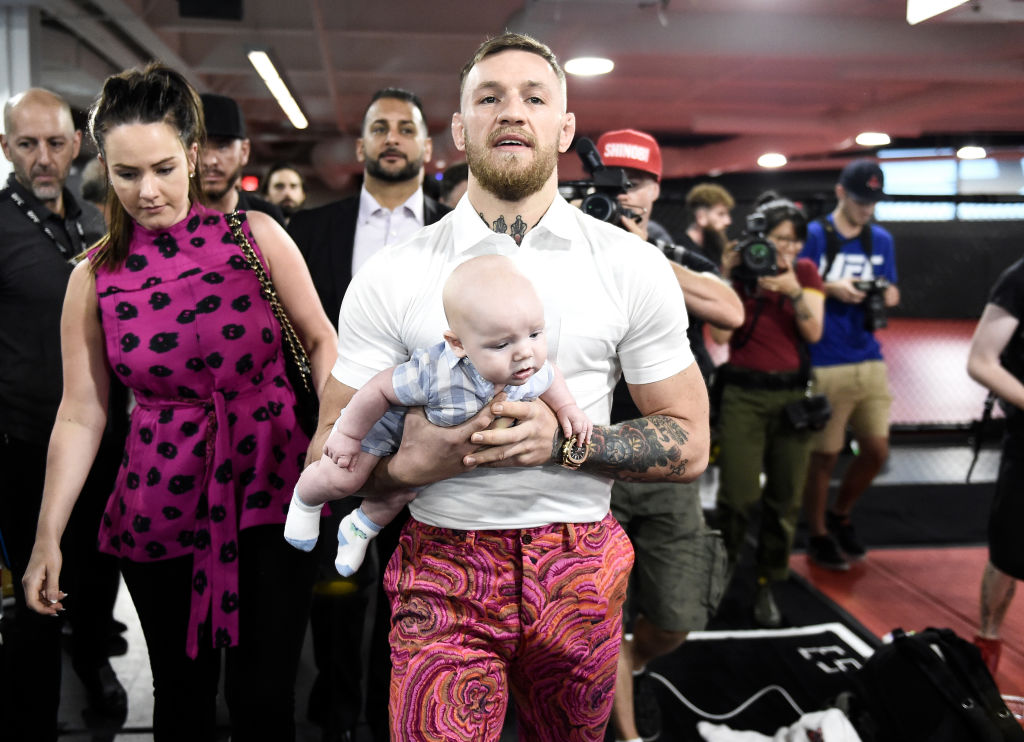 In a fight where some have suggested McGregor will struggle to land a single punch against Mayweather, the viral footage certainly adds a new dimension to the fight.

McGregor isn’t planning any back steps as he attempts once again to accomplish the impossible on Aug. 26 vs. Mayweather at T-Mobile Arena. He’s getting used to proving doubters wrong.

“I don’t know how many times I’ve shocked the world right now (but) I’m going to shock it once again.”

Matt Parrino is a digital producer and writer for UFC.com. Follow him on Twitter at @MattParrinoUFC
Save