Now it’s back to business for Floyd Mayweather and Conor McGregor. After trips to Los Angeles, Toronto and Brooklyn, the two combatants in the Aug. 26 megafight at T-Mobile Arena in Las Vegas traveled to London, England on Friday for the last stop in their World Tour, and it was more of the same from earlier this week.

There were plenty of insults, verbal sparring, staredowns and some off-color remarks, par for the course thus far from the UFC lightweight champion and the future boxing Hall of Famer. And while the crowd at The SSE Arena was as enthusiastic as any on the tour, it was clear that both fighters had begun to tire of each other.

That didn’t stop the birthday boy, McGregor, from rising to the occasion once more.

“We are six weeks out from the biggest fight in sporting history, and I’m 29 today,” he said. “Four years ago, I fought in London in front of about 500 people. Now I’m going to quadruple my net worth for half a fight. No one’s gonna kick, knee or elbow.”

It will be McGregor’s first pro boxing match though, and he will be doing it against the best boxer of this era in Mayweather (49-0), who, despite fighting the Irishman under Marquess of Queensbury rules, continued to poke at McGregor’s submission losses in MMA fights. 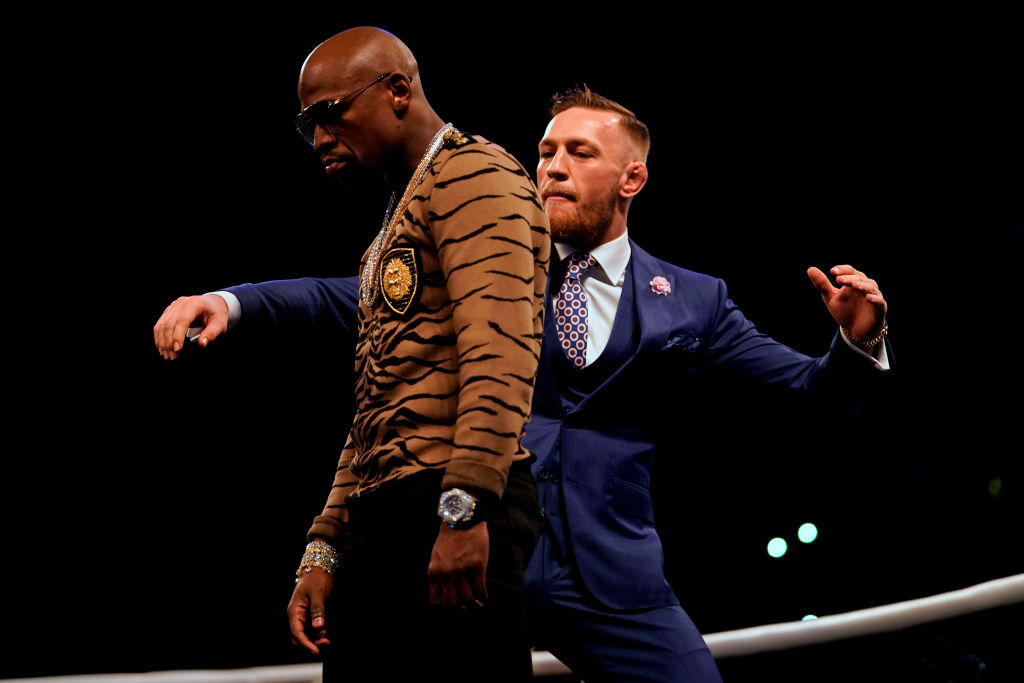 There was a tense moment when McGregor put his hand on Mayweather’s head, but the Las Vegas resident laughed it off.

“I ain’t gonna touch you until Aug. 26 when I knock you out,” said Mayweather, who put down the insults and showmanship when asked what this fight does for his legacy.

McGregor is a top guy in MMA. Will he be one in boxing is well? It’s the question the sporting world now wants to know. For a preview, just ask “The Notorious” one, who gave his prediction while standing in the three-sided boxing ring that was the site for Friday’s press conference.

“This is my first time in a boxing ring,” McGregor said. “And in six weeks, I rule boxing.”