McGregor Makes His Prediction Against Mendes

Conor McGregor: 4 minutes of the first round, Chad Mendes will be unconscious
By Damon Martin, Foxsports.com 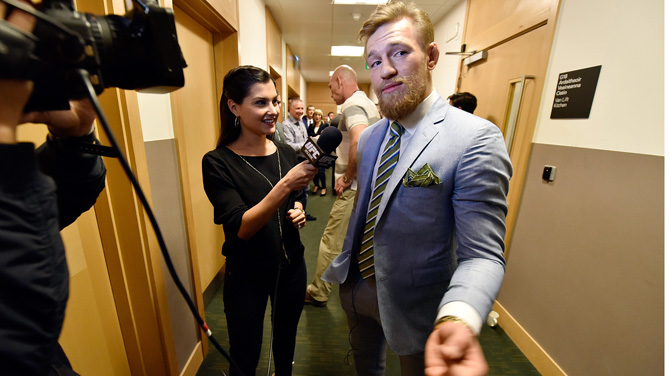 A change in opponents has not rattled Conor McGregor's confidence one bit as he shifts from facing Jose Aldo to fighting Chad Mendes next weekend at UFC 189.

Like the rest of the world, McGregor found out on Tuesday that Aldo is withdrawing from the fight due to bruised ribs and cartilage damage the featherweight champion suffered in training a week ago.

Now McGregor faces Mendes with the interim title up for grabs and says Aldo dropping out of the fight just proves who was scared and who was ready to go on July 11.
Read Full Story