McGregor, Embracing The Doubt, Fights For Boxing's Respect vs. Mayweather

McGregor earned the respect of not just Diaz that night, but of the entire mixed martial arts world.

ORDER MAYWEATHER VS MCGREGOR DIGITALLY & WATCH ON DESKTOP, MOBILE APP OR ANY DEVICE

That was one year ago this month and McGregor has since ascended into a new dimension of superstardom. After avenging his only loss by winning a majority decision against Diaz, he went on to win the lightweight title at UFC 205, becoming the first fighter in UFC history to hold two titles simultaneously.

Yet even after all he’s accomplished, McGregor now sets out once again to earn respect. Tonight, he faces boxing icon Floyd Mayweather, who carries with him a perfect 49-0 record, in a boxing match. And McGregor seems to be back where he started. Doubters are doubting him and the boxing community gives him no chance to win. 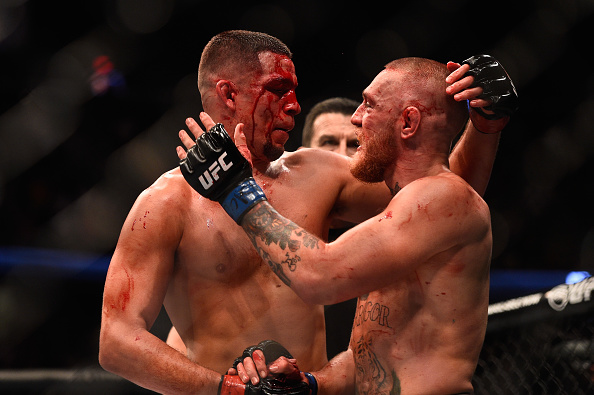 “I fought Conor for 25 minutes. I believe he’s definitely going to have a chance,” Diaz said on the "Against All Odds" podcast. “Every f**king pro boxer is saying something and all this criticism. What happens when Conor wins?”

McGregor, known for his polarizing place in the MMA world, has done something truly remarkable by taking on this challenge versus Mayweather. He’s brought the entire UFC world together.

Diaz, Demetrious Johnson, Dominick Cruz, Urijah Faber, Volkan Oezdemir, Jimi Manuwa and more have gone on record saying McGregor can win. UFC President Dana White has been up close and personal in McGregor’s sparring sessions and he believes the Irishman will KO Mayweather.

The boxing vs. MMA narrative is alive and well. The entire UFC is rallying behind McGregor.

“If I had to pick somebody out of the whole UFC roster at 155 pounds who has the best chance to beat Mayweather, I’ll give it to Conor McGregor,” Johnson said. “He uses his upper body to move and make people miss. I can see Mayweather putting himself against the ropes and Conor can just walk him down and pick his shots. It’s going to always be about distance.”

McGregor's legion of Irish faithful have taken over Las Vegas and made its presence felt once again. No fans in the world support their fighter like Ireland supports McGregor.

The fight is going to come down to several important factors. McGregor has the size, power and youth advantage, but Mayweather holds the upper hand when it comes to experience and technique. And with Mayweather considered to be the best defensive fighter of this era, some pundits surmise that McGregor will struggle to land any clean shots on the future hall of famer. But McGregor has made his name by proving people wrong.

“It’s certainly motivating, the disrespect and disregard for my skill set,” McGregor said. “I look at people and their mind is closed. You’ve got to have an open mind and you’ve got to realize that there are other ways. 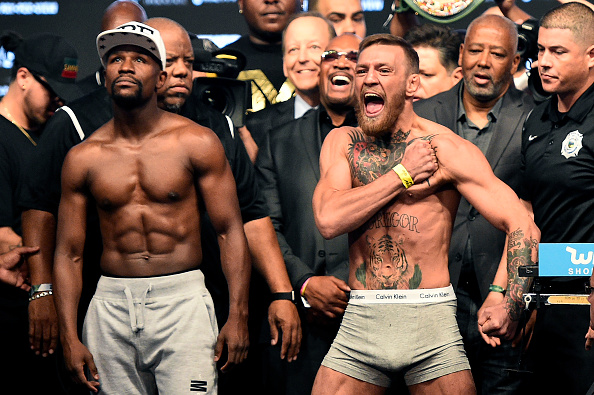 "If people are overlooking my size, power and youth, they shouldn’t be. I’m very confident in those attributes. I believe I’ll knock him out early."

Mayweather has been in the big fights for well over a decade. He’s been out of the game for two years, but his dominance over boxing has been well-documented. So when the bell rings, Mayweather is going to rely on his experience under the lights.

“I had a tremendous training camp,” Mayweather said. “To compete in a combat sport, you have to be a fighter at the end of the day. To be in this sport for 21 years, I had to take it extremely seriously, just like I did for this bout.

“Everyone knows I can fight. I can give it and I can take. But to get to 49-0, it’s obvious that I’m not receiving it, I’m giving it a lot more often.”

All that’s left now is to fight, as fans will finally get to find out if McGregor can do the unthinkable when two athletes at the top of the fight game go to battle for the pride of their respective sports.

Tonight, McGregor represents the UFC and he’s bringing the entire game along for another memorable ride.

Will #ConorMcGregor come up huge under the lights?