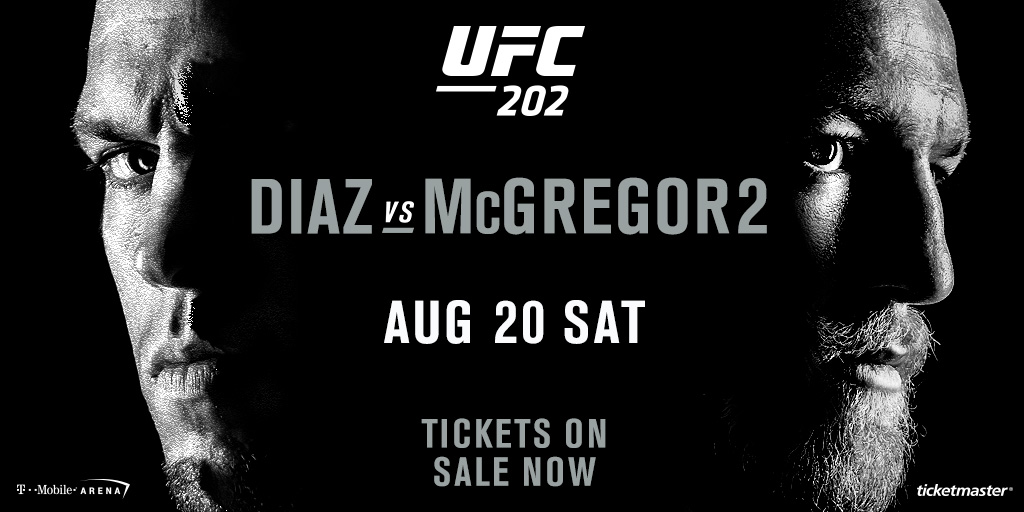 Look closely. There is always an explanation for greatness. It’s not by chance that two men stare down one another in an octagon-shaped cage as the rest of the world watches, holding its collective breath, waiting to see what happens next.

There are reasons why Conor McGregor and Nate Diaz have climbed atop the UFC’s biggest stage. In fact, Trevor Moawad, a top mental conditioning and sports psychology consultant, sees a key common denominator.

“The No. 1 driver of success is hunger,” he said. “You can’t survive without it. And both of their backgrounds bred hunger. The faint of heart weren’t going to survive where Conor and Nate came from. You need to believe that you can change your life. I’m sure they share a perspective that not many people can understand.”

In their minds, McGregor and Diaz will forever be who they once were. Scrapers and strivers who rose from nothing and who had to silence all of the doubters, skeptics and haters. As they meet again Saturday night in UFC 202 for their much-anticipated welterweight rematch, both have added even more fuel to stoke the fire that burns within each of them.

“Anytime you see an underdog, it communicates that there’s a chance for me as well.” --Sports Sociologist Dr. Harry Edwards

Diaz is intent on proving that his stunning upset in their epic March bout was no fluke.

McGregor is obsessed with gaining revenge.

And those up-by-their-bootstraps backgrounds help explain why these two fighters captivate the sporting public. There is an almost mythical fascination with anyone who has punched way above his or her weight class in life.

“Anytime you see an underdog, it communicates that there’s a chance for me as well,” said renowned sports sociologist Dr. Harry Edwards. “There’s such a tendency in American society to pull for them because they’ve overcome the difficult obstacles that so many of us find ourselves in today.

“That’s why a whole swath of fans become mesmerized by them. They are in allegiance with them.”

They are a mirror in which we might catch glimpses of ourselves. McGregor and Diaz are men of the people.

Both are simultaneously rags-to-riches and rage-to-riches stories. Each one wears his defiance and disdain like armor. They say whatever is on their mind because they just don’t give a . . . well, you know.

Their antics may make them the perfect fighters for this moment. After all, one of the biggest movies at the box office currently is “Suicide Squad,” which features a collection of anti-hero comic book characters. One of our presidential candidates revels in making over-the-top statements that no other modern politician would dream of uttering.

Whatever else they may be, McGregor and Diaz are authentic.

“People are tired of a pre-packaged world where everything seems to be about spin, the right soundbite and not offending anyone,” said Orin Starn, a Duke University cultural anthropologist professor who has written about sport’s place in society. “There’s a big appetite for people who don’t seem to be playing by the rules. While other athletes are mouthing cliches, these guys are dropping F-bombs and complaining about having too many publicity obligations. In the age of Donald Trump, the fighter who’s willing to cut against the grain and be uncensored has a certain appeal.”

The truly legendary fighters, he added, have always been polarizing. That list begins with The Greatest of All Time – Muhammad Ali.

“Now that Ali has been turned into a saint after his death, nobody remembers that he was a hugely controversial figure,” Starn said. “But whether you loved him or hated him, you wanted to see him fight. That’s certainly true of McGregor, and maybe Diaz as well.”

McGregor is not called The Notorious for nothing. A silver-tongued, strutting peacock in his impeccably tailored suits, it’s easy to believe his claim that he was asked to audition for the role of a James Bond villain.

But he grew up in a tough Dublin neighborhood and was an apprentice plumber after high school. It wasn’t until he attended UFC 93 in 2009, the first event held in Ireland, that McGregor became convinced he was destined for more.

He once told Esquire magazine of returning to the work site, looking around at old-before-their-time men, and then putting down his tools for good. It took years, but he would replace his work belt with a UFC featherweight title belt.

Diaz grew up in hardscrabble Stockton, Calif., where you either stand up for yourself or you get pushed around. A guy with a rough-around-the-edges personality, Diaz won the fifth season of The Ultimate Fighter show. But it didn’t make him a star.

He stewed over being underappreciated and overlooked. He was Nick Diaz’ little brother, known more for his taunting “Stockton Slaps” in the cage, flipping off opponents and generating a perpetual scowl.

He always put on a good show in a bloody brawler sort of way, but wasn’t a pay-per-view headliner because, in the infamous words of UFC head Dana White, “Nate Diaz is not a needle mover.”

All that changed last March 5 when, with just 11 days preparation as a late replacement for injured lightweight champion Rafael dos Anjos, he shocked the world by forcing McGregor to tap out with a rear-naked choke.

“If you’re McGregor and five or six years ago nobody knew who you were and everyone doubted you have what it takes, you’re remembering that right now,” Moawad said. “I think they both understand how fleeting success and failure can be.”

Moawad works with college football programs like Alabama, Florida State and UCLA as well as stars such as Seattle Seahawks quarterback Russell Wilson. He understands the elite athlete mentality. The most driven ones, he said, never let go of that memory of struggling to prove themselves.

“The whole idea of respect is so central in combat sports. It’s about getting yourself into a state of mind where you’ve been wronged, that you have something to prove and you’re going to show the world. You need that edginess. It demands a sense of grievance.” --Duke University Cultural Anthropologist Orin Starn

One example he cites is Green Bay Packers star quarterback Aaron Rodgers, who grew up in the Northern California city of Chico, which is not all that far from Diaz’ hometown. Moawad said it doesn’t matter that Rodgers now is arguably the NFL’s best quarterback. The way Rodgers sees himself, he is always the guy who only got one college scholarship offer and plummeted in the NFL draft.

“He hasn’t lost sight of all of the people who never believed he would be good enough,” Moawad said. “You can feel that chip on his shoulder. He’s really not an underdog anymore. But he remembers all of those people who doubted him.”

It’s always said that styles make fights. But so does something else – sheer motivation.

Diaz is fighting for recognition, McGregor for redemption. And there’s something else, of course.

“The whole idea of respect is so central in combat sports,” Starn said. “It’s about getting yourself into a state of mind where you’ve been wronged, that you have something to prove and you’re going to show the world. You need that edginess. It demands a sense of grievance.”

Starn said there’s probably another reason why people are so drawn by these two. Great fighters are defined by great rivalries. Ali-Frazier. Leonard-Hearns. It even happened on the big screen with Rocky Balboa and Apollo Creed.

We crave the spectacle.

McGregor-Diaz 2 hasn’t happened yet and already maybe the coolest word in the fight game is being tossed around – trilogy. McGregor, ever the showman, understands this.

“Me and the boy have something and it ain’t finished yet,” he said last week.

Hell, the sporting public hopes that McGregor and Diaz are just getting started.