Make that his left hand. 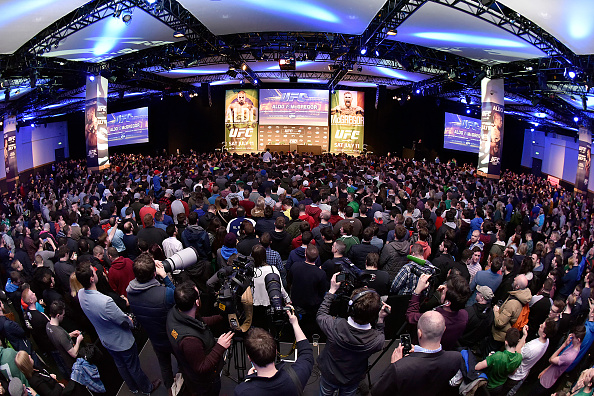 With a crowd of over 4,000 raucous fans screaming and egging him on, McGregor took his teasing and taunting of Aldo over the top Tuesday during the eighth and final stop of the UFC 189 World Tour, snatching the title belt as it sat directly in front of the champ.

Seated to the left of UFC President Dana White – who was flanked by Aldo seated on the right onstage at The Convention Centre Dublin – McGregor wasted little time pushing the ultimate irritation button for his despised opponent. 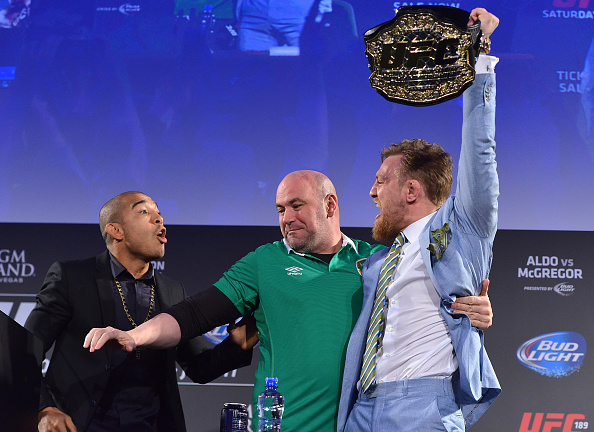 McGregor held the belt aloft for the crowd like a warrior holding a scalp, and his home crowd almost shattered the sound barrier roaring its approval.

All in good fun.

“It doesn’t matter who holds the belt. It matters who is the champion and that’s me,” said Aldo, who maintained a sense of humor and a lot of dignity during a World Tour that saw Irish fans outnumber the Brazilians on every top but Rio de Janeiro.

“The only reason the belt is on that side of the table?” McGregor countered. “Because he hasn’t faced me yet!”

After traveling to eight cities, across five countries and three continents and flying nearly 14,000 miles with Aldo and McGregor, White was asked which fans proved most impressive through the course of the journey – the Brazilians, or the Irish. 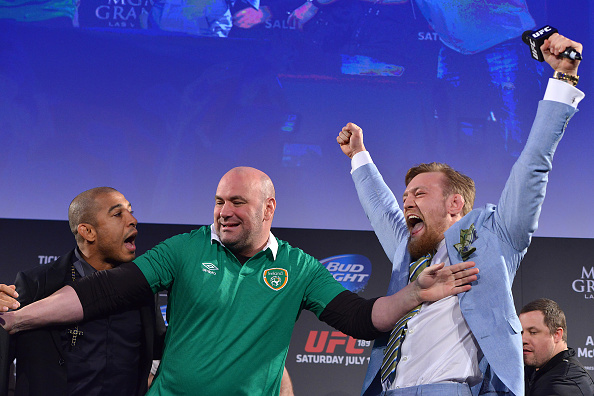 “We’ve been to Brazil many times, and believe me when I tell you – Brazil is awesome!” White said. “You will see, at this event, the Brazilian fans are very passionate.

“But I told you guys: In the 15 years I’ve been doing this, I’ve never seen any sh-t like Dublin!”
With that, McGregor gave it up to his people.

“This is what I will take into training camp, this energy.”