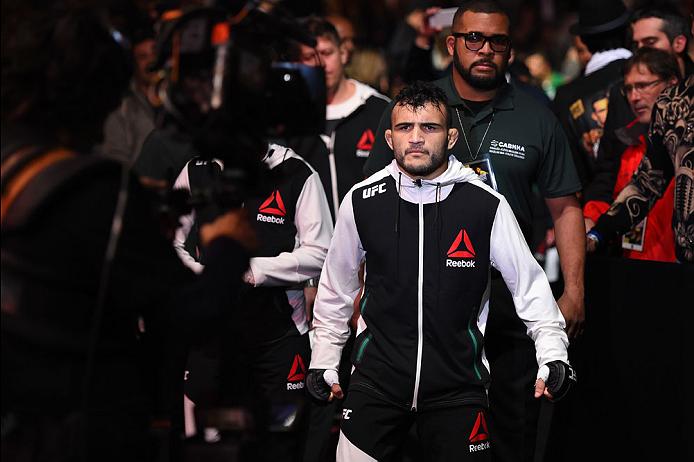 With Michael Chiesa forced out of his UFC Fight Night main event on July 13 against fellow lightweight contender Tony Ferguson due to injury, the originally scheduled co-main event bout between bantamweight standouts Michael “Mayday” McDonald and John “Hands of Stone” Lineker has now been moved into the five-round headliner spot.

Ferguson, the No. 3-ranked contender at 155 pounds, will remain on the card in the co-main event slot as he faces unbeaten Octagon newcomer Landon Vannata.

A member of the renowned Jackson-Wink MMA team in Albuquerque, the 24-year-old Vannata has won all eight of his pro MMA bouts, finishing seven of them before the final bell. Said “Groovy Lando” of his shot in the big show, “(Tony Ferguson is a) Very tough pressure fighter with great chokes. It should be a fun puzzle to solve.”