McCall-Lineker Back On for UFC 183 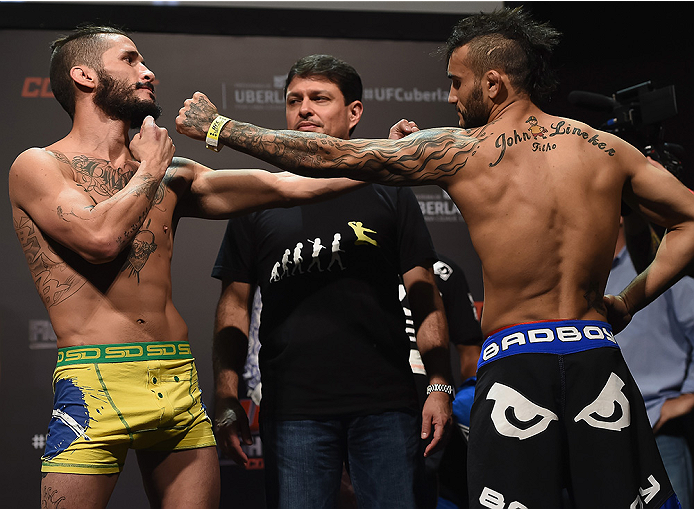 The highly-anticipated flyweight bout between top contenders Ian McCall and John Lineker is back on and ready to go for January 31 in Las Vegas as part of the stacked UFC 183 event at the MGM Grand Garden Arena.

The matchup was originally scheduled for UFC Fight Night in Uberlandia, Brazil on November 8, but a fight week illness suffered by McCall forced him out of the bout. Now ready for battle once more, the number three-ranked "Uncle Creepy" is eager to square off with "Hands of Stone" Lineker, who is currently ranked seventh at 125 pounds.