Mayweather: 'I was born to be a winner' 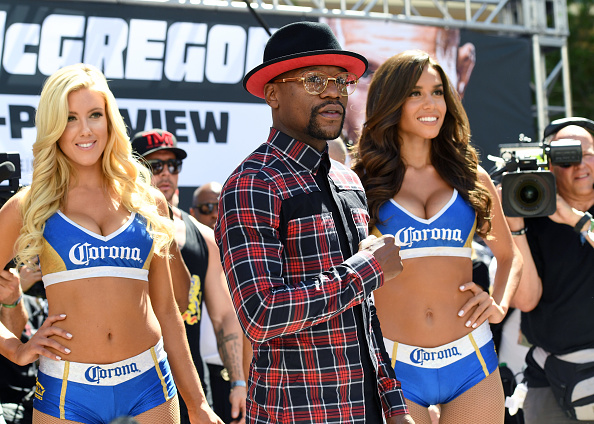 Pre-order Mayweather-McGregor now digitally and watch on any device | Get tickets for biggest fight in combat sports history
A little over 15 years ago, Floyd Mayweather went through what many believe was the toughest fight of his professional career, a grueling 12-round scrap with Mexico’s Jose Luis Castillo.

Some even thought he lost, though the judges disagreed and that’s all that matters. The victory, which came when the Grand Rapids native was still “Pretty Boy” and not yet “Money,” lifted his record to 28-0 and continued to pave the way for what would become a career guaranteed to land Mayweather in the Hall of Fame.

A lot has changed since then, but in the ensuing years and with 21 more wins added to his perfect record, one thing hasn’t…and it’s the attitude that he will never be beaten. Not by Conor McGregor on Saturday, and not by anybody.

“People are just waiting for my downfall,” Mayweather told me before the Castillo

People are just waiting for my downfall

rematch in December 2002, one in which he mimicked the unanimous decision victory he scored the first time. “They want to see me lose. Everybody at the top has lost at the top of their game. I’m not gonna lose. I’m gonna keep working hard, and doing what I’ve got to do.”

It’s said that pride goeth before a fall, but without pride in yourself and your work, how does one succeed in the toughest of sports? How does someone like Mayweather drag himself to the gym at the age of 40 when the purse he is fighting for this weekend isn’t to put food on the table but to add to his fortune?

Maybe it’s because for all the flash, all the outside the ring distractions and headlines, when it’s time to glove up, he still respects the sport. McGregor, the UFC lightweight champion, has never fought in a professional boxing match before. Boxing purists believe that Mayweather simply has to show up to T-Mobile Arena to win.

Mayweather isn’t one of those believers.

If a lifetime in boxing has shown him one thing, it’s that on any given night, anything can happen. So how does he reduce the odds of anything happening? By working harder than anyone else.

The stories of Mayweather doing roadwork or hitting the gym in the middle of the night have taken on mythical proportions over the years, and anyone who has been privy to one of his workouts will likely leave saying that they would have paid to witness such a display.

“You never have to push him to do anything,” CEO of Mayweather Promotions and longtime friend Leonard Ellerbe said before Mayweather’s 2005 win over Arturo Gatti. “He’s the one calling me at four in the morning, ‘come on, I’m ready to go.’ And that’s when we’re not training for a fight.” 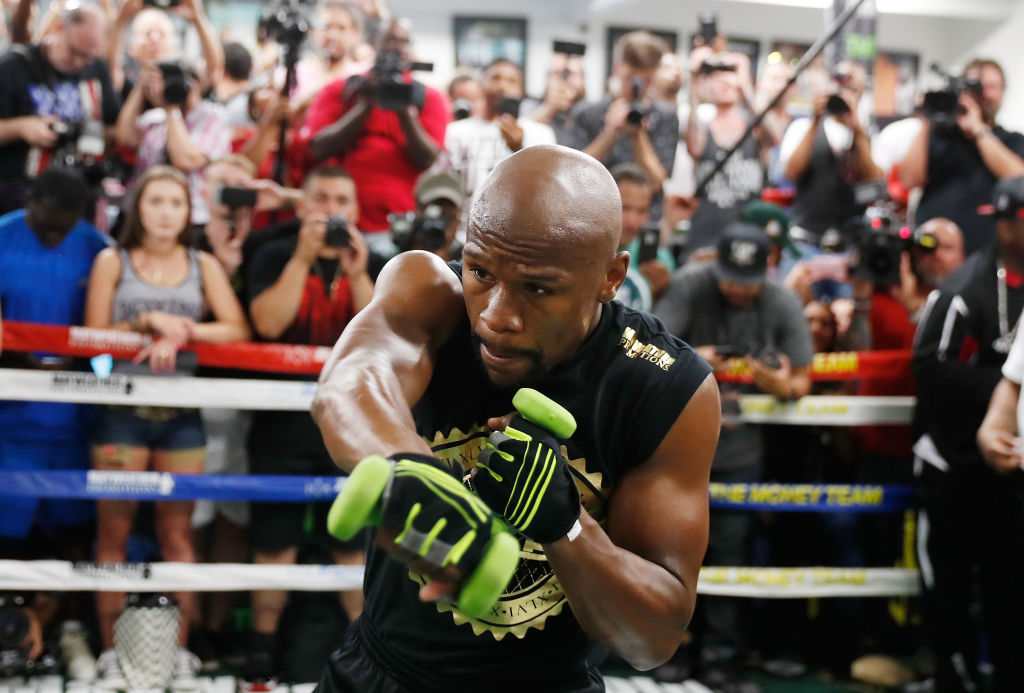 Twelve years later, Mayweather is still training for a fight, although he had a couple years of retirement to enjoy the spoils of battle. Will those two years since his 2015 win over Andre Berto come back to haunt him against the 29-year-old McGregor?

“It's not really the same,” he admitted during a recent media teleconference. “I think with age comes wisdom. It's about just knowing your body. When I was younger, it's fight, fight, fight; never let the body recoup or rejuvenate. Whereas I'm older now, so resting is very, very, very important. I work extremely hard still at the age of 40, but I'm letting the body rest a lot more.”

It’s the mature outlook of a man who has already seen and done it all in boxing. And as a student of the game who knows that the sport isn’t kind to those 40 years and older, he has declared that this is his last trip to the ring. It’s a final opportunity for fans to see the best boxer of this era in action, but more importantly, it’s one last chance for Mayweather to get that winning feeling he knows so well.

That’s a pressure he’s felt for over two decades, and it’s only higher now that he’s facing a confident and loquacious opponent who has promised not just to beat him, but to knock him out. Hubris, say the boxing purists. Blasphemy, say the fans of “Money.” But Mayweather knows that in a ring that holds two men throwing punches at each other, nothing is ever set in stone, and it’s not about protecting boxing against the MMA invader, it’s about protecting your chin from incoming fire while dishing out enough punishment of your own to get the victory. And as he gives up size, strength and youth to his opponent, there are dangers there that only he knows about.

“I don't think that I'm the same Floyd Mayweather that I was ten years ago,” he said. “I'm not even the same Floyd Mayweather that I was five or two years ago. But I still have a high IQ in that ring. And I said experience-wise, it leans towards me. Most times when I go out there and compete against any fighter, experience will always lean towards me because I've been in the ring and been at such a high level for so long.”

That experience may have to be his biggest weapon on Saturday night, and it puts him in a position he’s never been in before of facing the unknown. Castillo, Pacquiao, Mosley, Alvarez, Cotto, Hatton – all quality fighters, but all fighters presenting familiar styles and tactics. No one has ever seen Conor McGregor in a professional boxing ring, so no one knows what he will show up with on Saturday night.

Floyd Mayweather knows one thing, though. In fight number 50, he will show up.