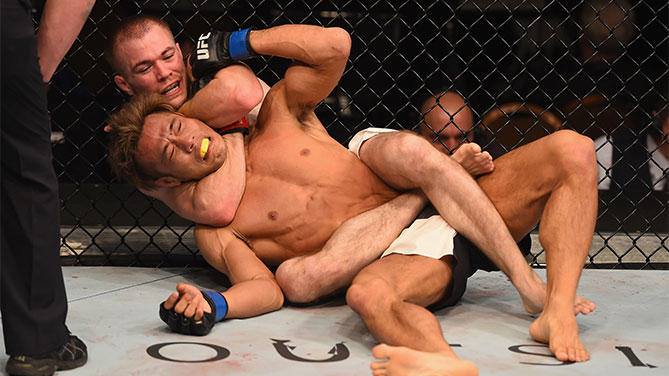 After 749 days on the sidelines due to injury, bantamweight contender Michael McDonald made a triumphant return to the Octagon in UFC 195 prelim action on Saturday, holding off a quality effort by Masanori Kanehara to submit the veteran in the second round at the MGM Grand Garden Arena in Las Vegas.

McDonald fired off two right-hand bombs to start the fight, prompting Kanehara to look for a takedown, and he got it. Modesto, California’s McDonald worked for a guillotine, but the Japan native calmly worked himself free and got into the mount position just past the midway mark of the round. McDonald moved himself out of immediate danger and back into the guard, but he was unable to get back to his feet for the end of the stanza.

Kanehara got the bout back to the mat early in round two, and just when it looked like he would end the bout with an arm triangle choke, McDonald didn’t just escape, but he scrambled and took Kanehara’s back, sinking in a rear naked choke that produced a tap out at the 2:09 mark. 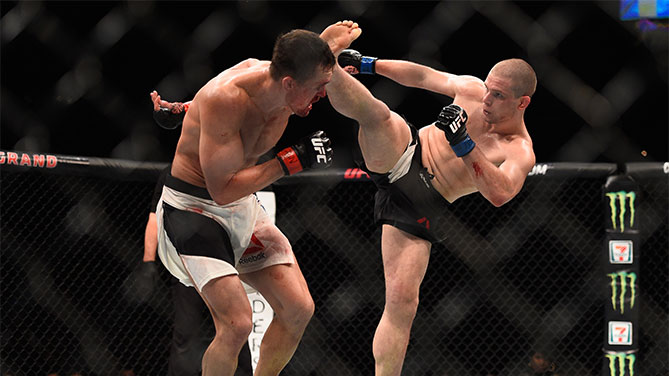 Eleven days notice was no problem for welterweight prospect Alex Morono, who replaced the injured Kelvin Gastelum and got his UFC career off to a winning start by taking a split decision over Australian veteran Kyle Noke.

The first round of the bout featured several exciting exchanges, Noke landing the majority of the telling blows while Morono was looking for a home run with every punch and kick.

After taking a hard right hand late in the first, Noke’s nose was bleeding and presumably broken, and the Aussie was visibly bothered by it. That only encouraged Houston’s Morono, who kept pressing and swinging for the fences with each shot. Midway through the round, Noke tried to take his foe’s back while they were standing, but Morono shook him off, only to fall victim to the same sequence moments later. This allowed Noke to take the top position, and he kept it for the rest of the frame.

The pace slowed in round three, and that was just fine for Noke, who was able to pick his shots and outwork his foe, who was a little more selective with his output. With a minute left, Noke got a takedown, but Morono was nearly able to lock on an armbar, capping off an effort by the Texan that bodes well for his future in the Octagon. 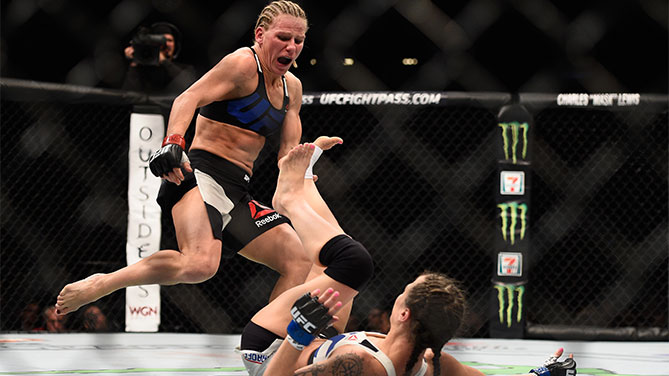 UFC fans finally got a look at TUF 20 cast member Justine Kish, who earned a three-round unanimous decision victory over Nina Ansaroff in her Octagon debut.

Kish raced out of her corner as referee Chris Tognoni started the fight, but Ansaroff responded with some hard shots in response. Kish walked through the punches, but an inadvertent eye poke brought a momentary halt to the bout. After the Octagonside physician cleared Ansaroff, the fight continued and the Floridian continued to tag Kish. Kish was unmoved by any incoming fire, and she began scoring with blows of her own, but the counters of Ansaroff were the lasting impression of the first round.

Ansaroff’s counters continued to pay dividends in round two, with a left hook and a kick to the head rattling Kish briefly. With 90 seconds left, Kish found Plan B, taking Ansaroff to the deck, and she had success there as she kept her foe grounded until the horn sounded.

Ansaroff got her own takedown to kick off the third round, but Kish stayed busy with elbows and armbar attempts from the bottom position until she was able to get back to her feet midway through the round. Kish did score with a takedown late in the fight, and as she took Ansaroff’s back, she sought a choke until the Floridian reversed position with 20 seconds left. 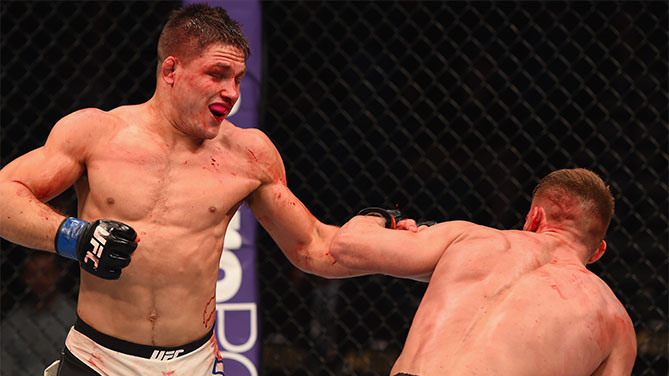 Lightweight prospect Drew Dober switched things up a bit in his three-round unanimous decision win over Scott Holtzman, using his ground game to go along with his stand-up arsenal in order to hand Knoxville’s “Hot Sauce” his first pro defeat.

Dober (16-7, 1 NC) had a good first round, but he did it in an unconventional fashion, as the Muay Thai striker used two takedowns to keep Holtzman off balance throughout.

Holtzman (8-1) did some solid ground work in the second after taking some hard shots from Dober, including an elbow from the bottom that cut him over the eye, but the Denver product got back to his feet, only to see a takedown go awry and allow Holtzman to get off some more hard ground strikes.

Dober’s attack on the ground in the final frame opened up Holtzman’s cut once more, prompting a visit from the Octagonside physician, but the bout was cleared to continue, allowing Dober to go on the attack once more as the seconds ticked away.