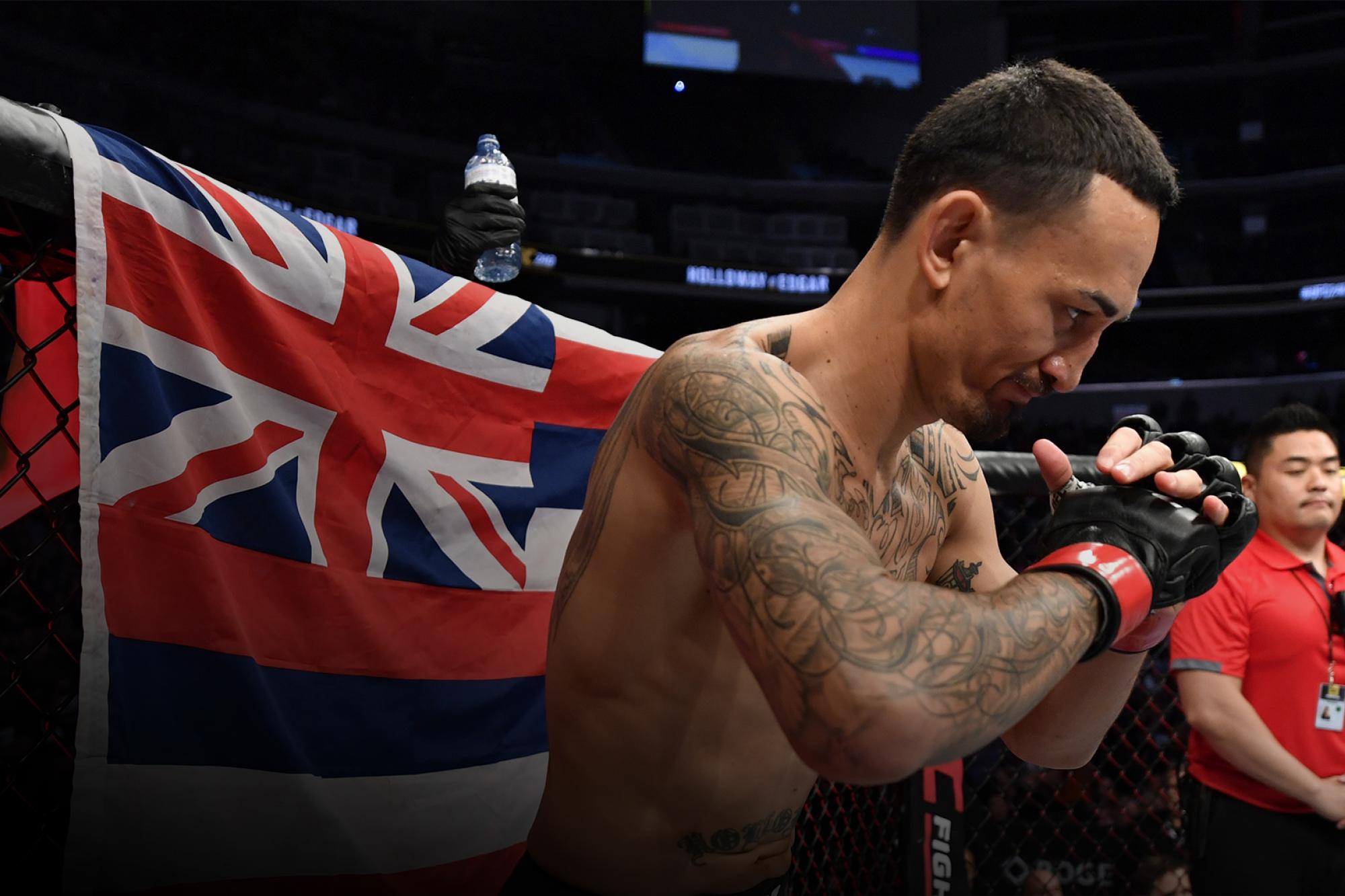 “Legacy is built over time,” Holloway told UFC.com. “Legacy is not overnight. You see these guys who think they have a legacy overnight, and then they fall off real fast."
By Zac Pacleb, on Twitter: @ZacPacleb • Dec. 11, 2019

If you’ve spent even the slightest amount of time following Max Holloway’s career, you realize he’s a model of consistency in a multitude of ways.

In interviews, you’ll hear “it is what it is” at least a few times. His walkout always ends with “Hawaiian Kickboxer” by Moke Boy. Ask him about an upcoming title defense, and he’ll remind you to be the best, you have to beat the best, and “the best is Blessed.”

Watch enough of his fights, and you realize that’s not a cocksure claim but something closer to a stone-cold fact. In terms of his personal goals, though, Holloway is – you guessed it - consistent in saying he’s focused less on title defenses and more on building what Tywin Lannister described in Game of Thrones as “what remains of you when you’re gone.”

“Legacy is built over time,” Holloway told UFC.com. “Legacy is not overnight. You see these guys who think they have a legacy overnight, and then they fall off real fast, and I ain’t about that life so, at the end of the day, I’m going to make sure I’m here for the long haul.”

When Holloway defends his featherweight belt against Alexander Volkanovski at UFC 245, it’ll be his fourth fight in a little more than a year, a stark contrast from an injury-riddled 2018 campaign that included three cancelled bouts. The fact that Holloway bounced back with the record-breaking performance he put on against Ortega laid plenty of doubts to rest, and it was during that fight camp in which Holloway and his team feel like they hit a stride.

The issue most pressing is Volkanovski, a tank of a challenger riding a 17-fight winning streak. Physically, the Australian is as impressive as anyone Holloway has faced. Volkanovski stands just 5-foot-6 but has a 71.5-inch reach, and his success stems from the quality use of his physicality.

When the difference in reach comes up, Holloway (5-foot-11, 69-inch reach) chuckles a little bit and mentions a joke among those at the gym. Apparently, they call the featherweight champ “T-rex” because Holloway’s reach (69 inches) is shorter than his height (5-foot-11).

“Alex brings up a lot of questions,” Holloway said. “The reach, the power, the speed, how big he was before and so on and so on, and we get to find out. That’s the beautiful thing. We get to find out. December 14, all the talking is done.”

With the future and Holloway’s pursuit of a lasting legacy kept in mind, it’s easy to forget Holloway is still only 28 years old. Spend enough time at the top like Holloway or Jose Aldo (still just 33 years old himself) and it’s easy to lose track of how much more high-level fighting “Blessed” has left in his career.

He said he is aware of the featherweights climbing up the ladder but remains steadfast in his mentality. He references a picture of Michael Phelps at the 2016 Summer Olympics to describe his mindset. In the photo, the swimmer in the next lane is looking over at Phelps while Phelps pulls away. So, when fighters deemed “up-and-comers” like Volkanovski or Zabit Magomedsharipov get brought up to Holloway, he’s quick to bring up a peculiar truth.

The fight against Volkanovski is Holloway’s first bout in Las Vegas since 2015, and he’s excited to return to the “9th Island,” where so many Hawaiians relocate when they move to the mainland. Of the three title fights at UFC 245, Bovada has Holloway is the smallest favorite at -170 as of November 22. Naturally, though, Holloway isn’t worried about the odds, or the opponent, or really anything, it seems. Life is good for the champion, and he intends to show fight fans what building a legacy looks like in real time.

“I can’t wait to show people again why it’s the Blessed Era, why the best is Blessed,” he said. “And I get to do it with a smile on my face in what I like to call the 9th island, the closest thing to home.”