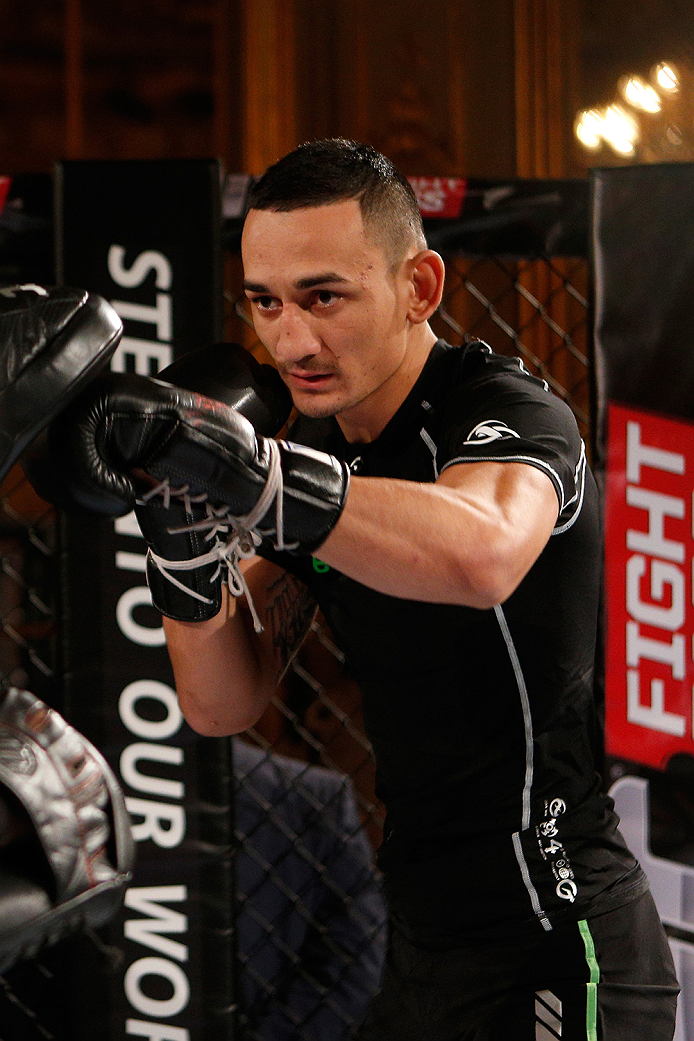 For the longest time in mixed martial arts there was only BJ Penn.

The legendary former two-division champion was the only recognizable entity to emerge from the Hawaiian islands and “Baby Jay” would cast a shadow that bridged the gap between several eras of the sport. Nevertheless, while “The Prodigy” was winning the hearts of the fighting faithful inside the Octagon, a new batch of fighters from the Pacific Ocean island state were drawing their inspiration to pursue the fight game.

That group would one day lead the next wave of Hawaiian fighters to the biggest stage in MMA and 23-year-old Max Holloway is very much at the front of that particular charge. The surging featherweight prospect embodies all the natural grit and scrappiness of the Hawaiian fighting spirit, in addition to the grace and versatility of the modern breed of mixed martial artists.

Alongside fighters like Brad Tavares and his teammates Dustin Kimura, Russell Doane and Louis Smolka, Holloway is proud to pick up the torch for the new generation of Hawaiian fighter and carry it to new heights under the UFC banner.
> Check out Holloway's fighter profile

“Ah man, that’s huge to even be talked about in the same sentence as BJ Penn,” Holloway said. “He did what he did to bring the spotlight to Hawaii. People always tell me it’s time for more Hawaiian fighters to come up and carry the torch and it’s a great feeling to be doing that right now in the UFC.

“We are proud of where we come from and people don’t give us our fair shake because it’s so small. The big shows kind of laugh at us and they say BJ Penn is the only thing that has and will ever come out of Hawaii. We’ve heard that for a long time, but we all put ourselves out there, and it’s funny to me because Hawaii is super underrated. Now we have a bunch of frontrunners coming up and we are doing it. The future is big for us.” 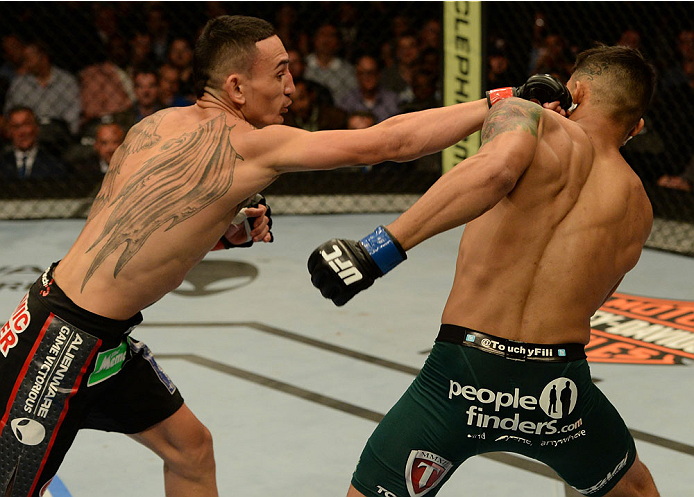 In addition to his efforts to usher in a new generation of Hawaiian fighters to the big stage, Holloway is also making solid noise in the ranks of the UFC’s featherweight division. Where he was once just a talented upstart with a willingness to mix it up inside the Octagon, experience has rounded out and strengthened his game into a dangerous and versatile skill set.
Those talents have been on display during his current four-fight winning streak as Holloway has showcased the evolution of his skills against a mixture of game opponents. From the outside, it appears that Holloway is beginning to come into his own under the bright lights and that’s a notion he completely agrees with.
> Watch: Max Holloway vs. Andre Fili on UFC FIGHT PASS

“I really think I’m improving with every fight and I’m showing that every time out,” Holloway said. “I go in there to fight and then we take a look at what I need to work on after. We talk about the fight and get to work on improving my game. My fight I.Q. is getting better with every fight. I’m adding more to my arsenal with each and every fight. If we keep growing at this rate I think we will be hunting for gold in the near future.
“With every fight I have I’m getting more comfortable inside the Octagon…especially my last fight against Akira Corassani. I talked to one of my coaches after the fight and I told him what it was but I had no nerves out there. I had nothing going through me. I was a little nervous but I was really controlling it well. It’s crazy to be able to control yourself mentally and physically. I’ve been in high profile fights and it’s about getting Octagon time. Now, I can control my feelings and emotions and go out there perform the best I can.”

He will be looking to keep his momentum rolling when he steps in to face Cole Miller at Fight Night: Henderson vs. Thatch on Saturday in Broomfield, Colorado. The bout against the crafty veteran will provide yet another opportunity for Holloway to test himself against a fighter who has long been established at the highest level of the sport. 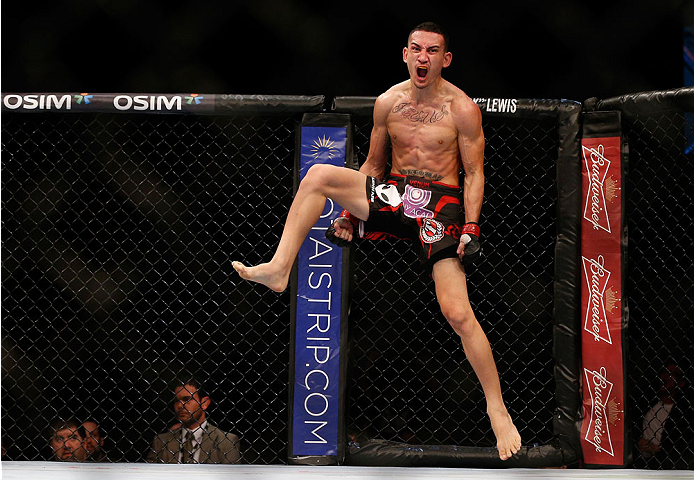 The American Top Team representative was a staple in the lightweight fold before deciding to return to the ranks of the featherweight division. While the Georgia native has found mixed success at 145 pounds, he will bring back-to-back victories into his bout with Holloway. And where the Hawaiian featherweight believes some of Miller’s past opponents have underestimated his skills, that’s not a mistake he’s going to make on Saturday night in Denver.

“Cole Miller is a sneaky guy,” Holloway said. “A lot of people don’t respect his stand up game as much as I will. He has won a lot of fights, and most of his submission wins come off him cracking people and hurting them. He has a sneaky right hand and his jab is always in your face. I also think time off is good. It makes you think and I don’t think being away will be a problem for him. It is what it is and I just can’t wait to show him what I got on February 14.

“I think this fight can be great for the fans. People always think he’s just a grappler but he comes to scrap. I’ve been watching his fights and ever since he’s come to 145 he’s been a scrapper. He was that way at 155 too. He comes in there and mixes it up. I am going to be ready for whatever he throws at me and I hope he is ready for what I throw at him. I wouldn’t mind walking away $50,000 heavier in each of my pockets. That would be an awesome night.”
> See the full UFC Fight Night: Henderson vs. Thatch fight card