Max Holloway's Best Is Yet To Come

The Former Featherweight Champ Feels That He's Elevated His Game And Can't Wait To Prove That Once Again, The Best Is "Blessed"
By Thomas Gerbasi, on Twitter: @TGerbasi • Nov. 8, 2021

Even though Max Holloway is only 29 years old, you might have assumed that after 23 UFC fights since making his debut in 2012 that the spot on top of his “best fights” list was already filled.

We could go on.

But it was that 24th trip to the Octagon against Calvin Kattar in January that the former featherweight champion declares as his top performance to date.

“The Kattar fight was the best fight of my life,” said Holloway of a five-round decision win that earned the two 145-pound standouts a Fight of the Night bonus. “I felt possessed in there.”

He fought like it, and while suggesting that the win over Kattar was his best ever sounds ludicrous on paper, if you saw it, you wouldn’t dispute that statement. For five rounds, Holloway threw punches and kept throwing (and landing) them. Kattar, as gritty as he could be, took everything the Hawaiian dished out, but in terms of throwing enough of his own to get back into the fight, it wasn’t meant to be.

“If he can take it, keep taking it,” said Holloway. “I’m gonna keep giving it. Kudos to him – he’s a tough, tough person. He’s from Boston, they’re made different out there, and us Hawaiians are made different, too. I’m just happy I was on the giving end, than the receiving.” 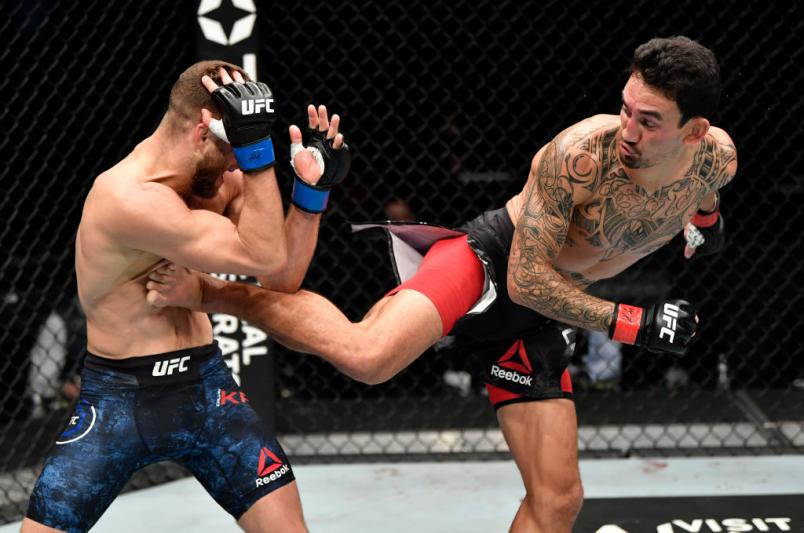 “The man called me a freshman, and I had to show him what the freshman could do,” he chuckles. “We got it over the senior, so life’s good.”

Life is good for “Blessed,” ranked number one in the world behind champion Alexander Volkanovski, a man he lost a pair of decisions to in the two fights prior to his win over Kattar. And after beating the New Englander, coupled with Volkanovski’s big victory over Ortega, the next natural step is a third battle between Holloway and “Alexander the Great.”

But there is the next order of business, a Saturday main event against Yair Rodriguez. Many wondered why Holloway just wouldn’t wait for 2022 and Volkanovski, but the pride of Waianae isn’t built for waiting.

“Every fight I just try to fight my heart out and the point is to show and prove to everyone that I’m the best,” he said. “I don’t like sitting around, I don’t like waiting around. I was put on this Earth to fight, and that’s what we’re gonna do. I’m gonna keep proving why I’m the best mixed martial artist / combat sports person on this planet.”

Mexico’s Rodriguez will be a good test, as he’s shown flashes of brilliance over the years, but not the amount of activity befitting a rising star in a tough division. On Saturday, the No.3-ranked contender makes his first appearance since a October 2019 win over Jeremy Stephens, and Holloway is ready to test his standup, his cardio and his ability to withstand the pressure the former champ specializes in.

“He’s a tough kid, ranked number three in the world for a reason,” said Holloway of his foe. “Exciting. Another guy who likes to think he’s a striker. I can’t wait to go out there and strike with him.”

And strike, and strike and strike some more. Rodriguez has to know what’s coming, but Holloway doesn’t care if he’s got a rock-solid game plan ready to go.

“Everybody’s got a plan until they get punched – or kicked in the face,” he said. “This fight with Yair has got all the fireworks written all over it, and I’m just excited. I can’t wait to get in there and mix it up with him and see where the fight takes us.”

Holloway expects it to take him to his 23rd pro victory and another shot at regaining the crown he held for three years. See, I told you life is good, especially considering that a couple years back, many were wondering if Holloway had seen his best days while expecting Ortega to take his crown.

That didn’t happen, and while his record sits at 1-3 since he beat “T-City” in December 2018, one loss was up a division in a Fight of the Night against Dustin Poirier, and the other two against Volkanovski could have gone either way, especially the second fight. Add in a new approach to training prompted by the COVID-19 pandemic and the win over Kattar, and Holloway may just be in the midst of a second chapter in a sport where most don’t get one. 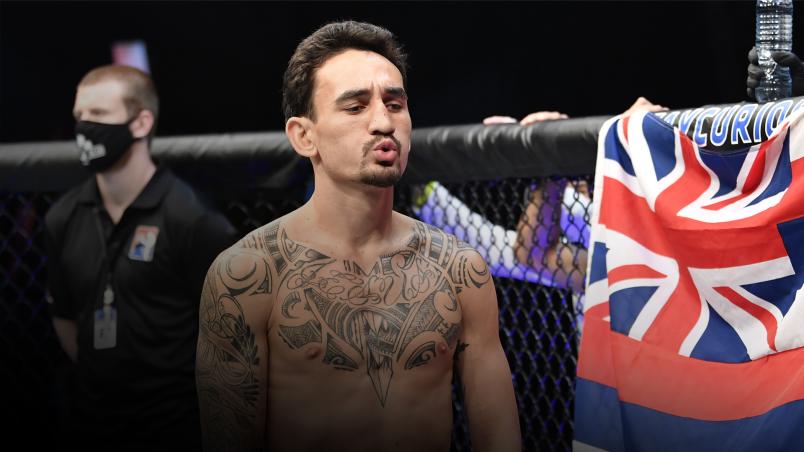 As for his new training system, one that sees him sparring less and learning more, he says, “Sometimes less is more. Before COVID, I was just a madman, running myself to the ground. Now we’re being smarter. It broadened my mind. It made me see certain things, and why fix something that wasn’t broken? It made me focus on my recovery and really focus on my training and being very specific.”

His specific goals for Saturday?

“I’ve got one set goal, and it’s don’t stop,” said Holloway. “Non-stop all the time like my man Drake said, so we just keep going. I’m not here to play around. I’m the best guy and I believe it – any weight class, any place, anywhere, any time. People can get it.”