Maturing Struve is More Dangerous than Ever

"I feel that I’m at a moment in my career right now where everything is coming together." - Stefan Struve 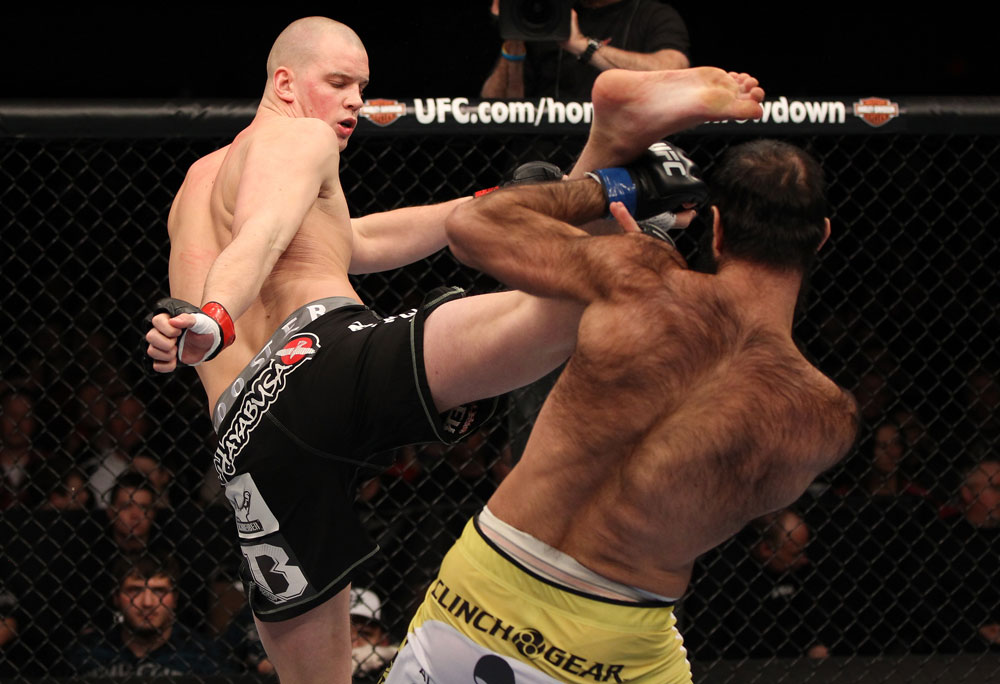 Former K-1 champion Mark Hunt isn’t just the striker of the moment, he’s one who is likely to go down in the history books as one of the hardest punchers mixed martial arts has ever seen. So the man who was supposed to fight him this Saturday at UFC 146, Stefan Struve, knew what he was facing and what he was getting himself into with “The Super Samoan.”

Yet regardless of this fact, it still came as a bit of a surprise that when Hunt was forced out of the bout due to injury last week and replaced by THE striker of the moment, Lavar Johnson, Struve wasn’t the least bit apprehensive about the new matchup. In fact, he was downright giddy when asked his thoughts on the man who has sent Joey Beltran and Pat Barry down to KO defeats this year.

“He (Johnson) has looked impressive in his first two fights in the Octagon, but I’m gonna look even more impressive next week,” said Struve. “I want to thank him for stepping up on such short notice, but he’s gonna face the best Stefan Struve you’ve seen so far.”

That’s not bravado from the 24-year old Netherlands native. Instead, if you’ve been paying attention, you’ll notice it’s a continuing theme known as the Maturation of Stefan Struve. Just look at his last two bouts. Once a gangly kid with talent who appeared to still be growing into his 6-foot-11 frame, Struve’s last two performances, a submission of Pat Barry last October and a TKO of Dave Herman in February, show the “Skyscraper” on the verge of making a serious run at the heavyweight elite.

“I feel that I’m at a moment in my career right now where everything is coming together,” he said. “And with all the people that I’m working with and my coaches, all the different skills are coming together, and I’m getting bigger and stronger every fight too. I’m feeling like a well-rounded guy right now, and the maturity is coming too. In the fight with Travis Browne, if I would have stayed as calm as I did in the last two fights, I think I would have had that fight in the pocket too. The fight with (Roy) Nelson too. If I would have fought that way, then, in my opinion, it would have gone a different way too. So I think it (maturity) is gonna play a big role in this fight.”

It will have to if Struve expects to stop the knockout run of Johnson, who will be fighting just three weeks after his knockout of Barry on May 5th. Simply put, Struve has had a tendency in the past to not use his physical advantages or even his tactical advantages to good use in the past, opting instead for a firefight on his opponent’s terms once the fists start flying. That attitude, while admirable and exciting for the fans, has led him to defeats against the aforementioned Browne and Nelson, as well as current UFC heavyweight champ Junior dos Santos. So what happens when Johnson comes out swinging and Struve sees an opening to work a ground game that has resulted in 15 submission victories?

“I won’t have to think twice about it,” he laughs. “I think I have a huge advantage on the ground, and I’m just gonna have to use my reach and the height advantage I have in my favor, and I think if I do that well, then there should be no problem. If you look at the fight I had with Pat Barry, I used my reach, stayed away from his hands, and waited for my chance. And when I got my chance, the fight was over.”

Thankfully, Struve is equally enamored of exciting bouts once the fight hits the mat as well. He’s not looking to stall or maintain a dominant position; his aim is to finish, and it’s made the kid from Beverwijk quite popular across the ocean in the United States.

“I think people actually like the fact that I come from Holland and that the UFC fly me in to fight, because they know I’ll fight anybody,” said Struve, who has logged seven of his 10 UFC fights in the US. “Of course when there’s a champ from the US, people from the US will always root more for him, but I think styles will attract fans eventually, and I’m never in a boring fight in my opinion. So I’ll win the fans over with my heart and with my style, not with my nationality. That doesn’t matter much when you’re an exciting fighter.”

Plus, he’s a heavyweight, which is an added bonus, especially this weekend, when he and nine of his peers take to the UFC 146 card for what promises to be a memorable evening to say the least.

“If we land a good shot, it’s good night, and that’s always exciting,” said Struve. “With all the different kinds of heavyweights on this card, there’s so much for the fans to look out for, and anything can happen at any given moment. With the heavyweights, it’s like they say, ‘don’t blink, you might miss something.’”