Matthews remains steady while winning or learning in UFC 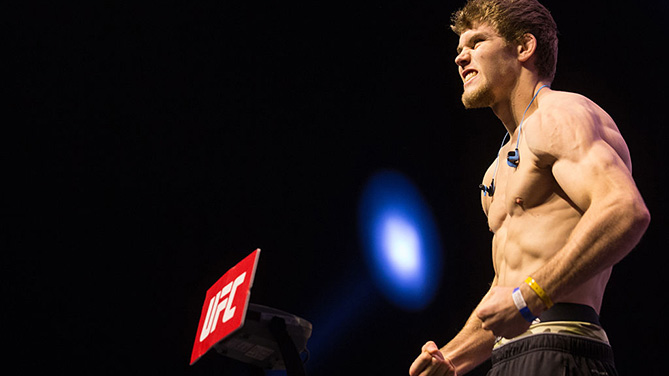 A strange dichotomy exists in mixed martial arts as young fighters are finding their way inside the cage.

In a sport where the most revered names in the history of the sport all have losses on their record, fans and observers often make declarations about the future of a young fighter following each appearance, basing their position on the results of their most recent outing.

Win, and the lofty heights you were projected to reach climb even higher. Lose, and maybe you weren’t all that good – nothing more than a product of hype and promotion.

“It’s a very cutthroat sport and as long as you’re winning, people like you,” 22-year-old Australian lightweight Jake Matthews says. “And as soon as you stop winning, people say, ‘The hype train is over; you were never that good to begin with.’”

During his brief UFC career, the pendulum has swung both ways for “The Celtic Kid.”

After being cast as a member of Team Australia on TUF Nations, which pitted a team of Aussies led by veteran Kyle Noke against Patrick Cote and his Canadian charges, Matthews debuted in the Octagon two months prior to his 20th birthday, collecting a third-round submission victory over Dashon Johnson.

A follow-up win over Vagner Rocha had many talking about Matthews as one of the brightest young talents on the roster, but a first-round submission loss to James Vick quieted a lot of that chatter. After rebounding with two more stoppage wins, another first-round setback left many questioning where the Epping, Victoria-based talent fits in the loaded lightweight division and if everyone had jumped the gun in singing his praises at such a young age.

To his credit, Matthews has remained focused and steady throughout the early stages of his UFC journey – learning from his mistakes, improving each time out and continuing to maintain the same “one step at a time” approach that brought him to the biggest stage in the sport while still a teenager.

“You learn from every loss; that’s the beauty of MMA,” says Matthews, who returns to action against American Andrew Holbrook this weekend in Melbourne. “You often learn more about yourself in those 15 minutes than you could in a whole year otherwise.

“The first one against James Vick was just about not getting cocky, not letting the hype or being on the main card get to me. The next fight, against Kevin Lee, we went in thinking he was going to stand up and strike with me, but as soon as the fight started, he was going in for the takedown non-stop, so we learned to have an open mind when you go into a fight. Don’t have a set idea of what they’re going to do because it could change.”

For a young man who has been in the spotlight and part of the vanguard of fighters leading an Australian charge in the UFC, the ebbs and flows that come with competing in the Octagon could create doubt and pressure, but Matthews has continued to show poise beyond his years through his first six fights and heading into his seventh on Saturday. 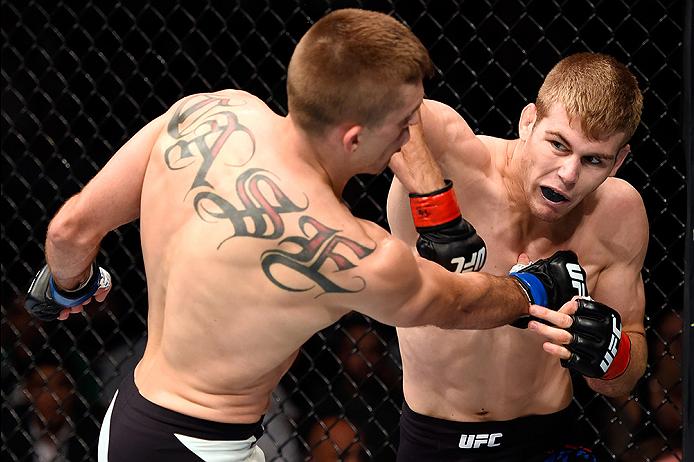 While he’s heard the questions about his upside and potential, they have never been anything more than outside noise to the focused and driven lightweight.

“A lot of people have expectations of fighters and they expect them to win, but I expect myself to win as well,” Matthews says. “And the way I look at it, there’s not any added pressure because what anyone else expects of me is only half of what I expect from myself.”

It’s easy to look at a fighter like Matthews and think you’ve got him figured out, as just one of the four men he’s defeated remains on the UFC roster – lightweight Johnny Case, who made the trip to Australia to help his former adversary prepare for Saturday’s contest – while his two setbacks came when he was given a step up in competition.

As true and valid as those observations are, they neglect to account for his relative inexperience and the fact that he’s fighting at the highest level in the sport at a younger age than when half of the promotion’s current champions made their professional debuts.

That accelerated rise to the grand stage almost always results in increased expectations, when it often should be the point where everyone presses pause and agrees to reserve judgments on the fighter in question for a few years.

And though most fans and pundits won’t agree to those terms, preferring instead to hand out grades and estimate how far a fighter could in their career after each and every fight, Matthews is in no rush to reach some of the markers often used to measure the growth, development and overall skill of a competitor.

Instead, he’s focused on this fight, this opponent and improving every time out; progress instead of perfection.

“I’m young at the moment, so I have to keep remembering that it’s a marathon, not a sprint and to take my time with it – slowly climb up the ranks and keep getting wins. I have no time limit on when I want to break into the Top 10 or things like that.

“Those are obviously long-term goals, but the short-term goal is always the fight in front of me and that’s no different this time. There is nothing after this fight. It’s still the same mindset that way.”