Matthews only 'scratching the surface' of his potential 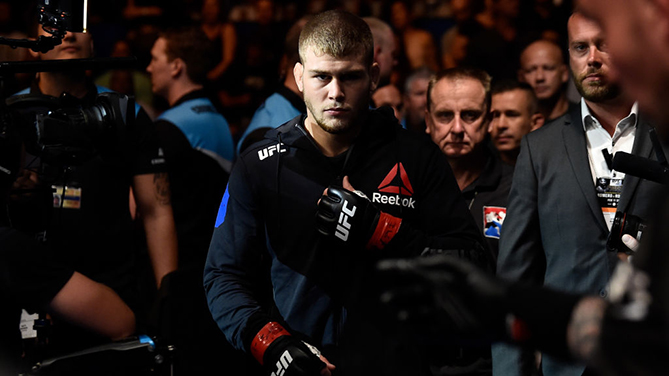 In looking back at his February bout with Li Jingliang, one in which he survived a second-round eye gouge to gut out a Fight of the Night decision win, Jake Matthews describes it as “a fun fight.”

That’s an old school fighter talking, one who happens to be only 23 years old. But Matthews is cut from a different cloth than many of his peers, and it’s a testament to an upbringing in the sport far removed from the bright lights of the UFC.

“I think I got into it at the exact right time,” said Victoria’s Matthews, who turned pro at 18 in 2012. “MMA’s popularity was growing, not just in Australia but around the world as well. But I wasn't fighting in these fancy venues for my first fights; I was fighting in sheds and basketball stadiums. So it keeps you humble. You come from humble beginnings and you realize how good you have it now. Whereas some of these younger guys coming up, they're getting treated almost like MMA royalty in their first few fights and getting paid well. I was getting paid like 200 bucks I think in my first few fights and back then, that was good. (Laughs) I thought I'd made it.”

Fighting in four-rope rings around his native Melbourne with his father Mick in the corner, Matthews’ talent was evident early on, but despite racing out to a 7-0 record, he admits that adapting to the Octagon on The Ultimate Fighter: Nations in 2014 was a bit of a culture shock.

“The Celtic Kid” lost his lone fight on TUF Nations to eventual finalist Olivier Aubin-Mercier, but once he entered the UFC later in 2014, he adapted perfectly. And while he went 4-1 in his first five Octagon bouts, a two-fight losing streak and a year-long injury-induced layoff stopped any momentum he had built up.

RELATED: Singapore Cheat Sheet | Thunder from Down Under on Display in Singapore

Once a fighter always a fighter, though, and he took the time off to reevaluate his place in the sport, get healthy, and move from lightweight back to the welterweight division where he won his first seven pro fights. He’s won two straight since, defeating Bojan Velickovic and Li. And he plans on keeping that streak going this weekend in Singapore against Shinsho Anzai. From there? Keep ‘em coming.

“Any sort of adversity like I had, I think you can either let it break you or you can build from it,” Matthews said. “Being away from fighting and training for so long, I just let that fuel me and I think you've seen in my last two fights, I came back hungry and wanting to get the win, and I still have that. Being away for 12 months, I'm just ready to go fight after fight. I've still got the hunger for this fight, I want to get in there and get the win, and whether it's a card in Australia at the end of the year or somewhere else around the world, I'm looking forward to it.”

But before he moves forward, let’s look back at the aforementioned “fun” fight with Li. In the first round, Matthews dominated and almost finished “The Leech,” and in the second, the Aussie locked in a guillotine choke. Then came the eye gouge by Li. Matthews, now bloodied, didn’t say a peep. He just kept fighting.

“You're not gonna change the ref's mind by complaining,” he said. “That's how you're gonna lose the fight, if you let yourself get wound up. So I just brushed it off and kept the fight going. I think it actually made it Fight of the Night because it got me so fired up. If I could rewrite the whole fight, I'd probably script it the exact same way.” 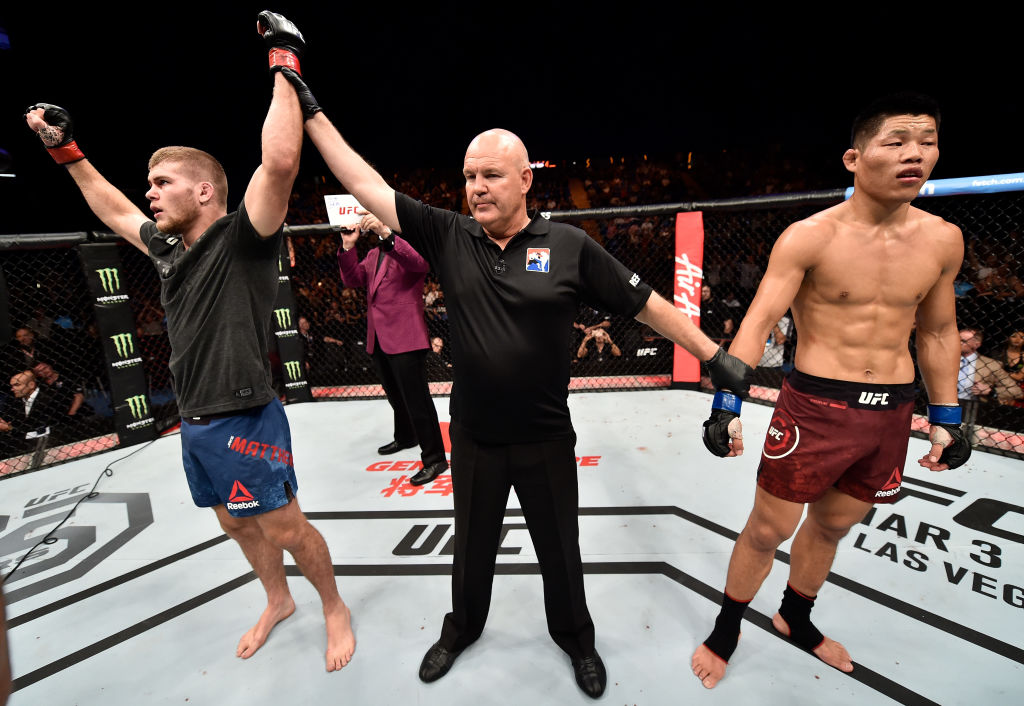 “I didn't even realize what was going on until I went back into the corner,” he said. “I assumed I got punched. When you're in there, it's weird and you don't know what's going on. But then I was in the corner and I looked up at the big screen and everyone was booing and I saw the eye gouge. It was pretty brutal.”

Fouls can happen, Matthews knows it, and he never forgets that a fight is a fight. And even though he had to deal with that adversity against Li, he ended up delivering what many believe is his best performance yet.

“I've had fights where I finished people early in the fight, but in terms of bringing everything together, that was my best performance so far,” he said. “I'm only scratching the surface of what I do in training. I'm a bit closer to bringing what I do in training into the fight, so hopefully this next fight we can do it even more. But I definitely agree it was my best performance to date.”

One he hopes to top this weekend.

“I don't think things happen for a reason, it's just how you look at things,” Matthews said. “I could have stayed at lightweight; nothing forced me to go up to welterweight, it's just that the weight cuts got harder and I thought it was the smart thing to do. In hindsight, I could have gone up a weight class a few fights earlier, and it could have been different for me now, but hindsight's a pretty bad thing. I don't look at the past; I just say, look, we've done it now and it's working well for us now, so we're just looking ahead.”