Matt Hamill: Not Satisfied Yet

"Everyone I face is a great fighter and Thiago is no exception, but I am ready for whatever he throws at me." - Matt Hamill 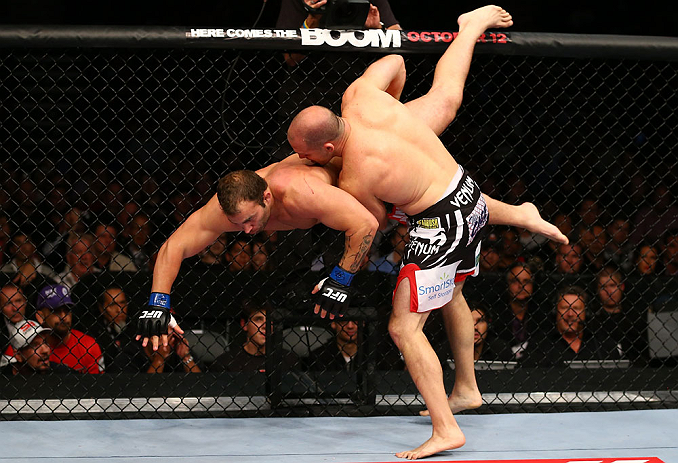 He hasn’t won a world title, and despite a couple decent winning streaks, he wasn’t in that championship conversation, but a look at the career Matt Hamill has put together thus far should at least make you nod in appreciation for what “The Hammer” has accomplished.

Wins over Tim Boetsch, Mark Munoz, Keith Jardine, and Tito Ortiz. Only four losses, all to top-level fighters (Michael Bisping, Rich Franklin, Quinton Jackson, and Alexander Gustafsson). And three post-fight awards. Most fighters would be pleased to walk away with a resume like that.

Not Hamill, who returned from a yearlong retirement last September to face Roger Hollett. He got the decision win, even if it wasn’t the spectacular comeback victory he had hoped for.

“I felt a little rusty coming out of retirement,” said Hamill. “I was excited to be back.  At least I got the W.”

And with that “W,” the 37-year-old earned himself the right to fight another day in the Octagon. But getting to his this Wednesday’s meeting with Thiago Silva at UFC Fight Night in Brazil wasn’t as seamless as that sounds. Since the UFC 152 win over Hollett, life has changed quite a bit for the Ohio native, as he and his wife welcomed a daughter into the world, and he also split with longtime trainer / manager Duff Holmes.

“I wanted to spend more time with my family, and my wife was pregnant, so I wanted to be by her side,” said Hamill of his year away from the game. As for the split with Holmes, he simply says, “It was time for a change, and with the new team there will be new facets to the Hammer's fight game.”

Yet will all the changes, Hamill’s fighting philosophy remains to same. It’s to show up, fight, and figure everything else out as it comes.

“My goals are to take it one fight at a time and if the UFC sees fit to give me that title shot I will be ready,” said Hamill, who has won six of his last eight. Despite this, at the present moment a title shot does seem to be a goal far in the distance, but if he can upset Silva, who is riding high after his Fight and Knockout of the Night win over Rafael Cavalcante in June, Hamill’s place at 205 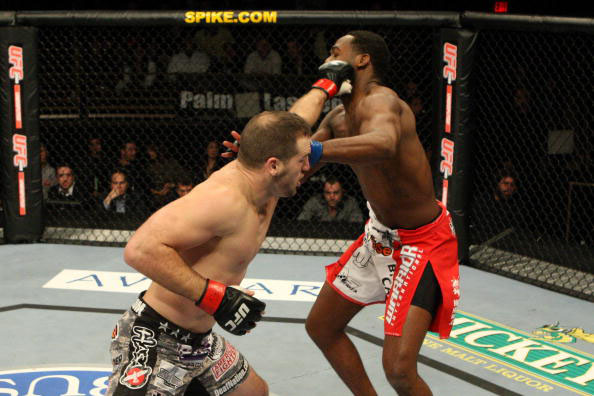 pounds will likely get a jolt forward. That doesn’t mean it will be easy, though he is prepared for the Brazilian’s aggressive attack.

“Everyone I face is a great fighter and Thiago is no exception, but I am ready for whatever he throws at me,” he said.

If you run down the list of the fighters Hamill has faced, he’s not exaggerating. Four UFC world champions (Franklin, Ortiz, Jackson, Jon Jones) dot his resume, and that’s no joke, especially for a fighter who basically learned his craft on the job. Needless to say, there’s little, if anything, left to prove to anyone, except to the man with the four-ounce gloves on.

“I feel like respect is earned,” said Hamill when asked if he’s received the respect he’s deserved for what he’s done in the Octagon. “And I believe in my heart that I could have done better.”