The Hammer to Open Nationwide in over 90 US Theaters This Week! 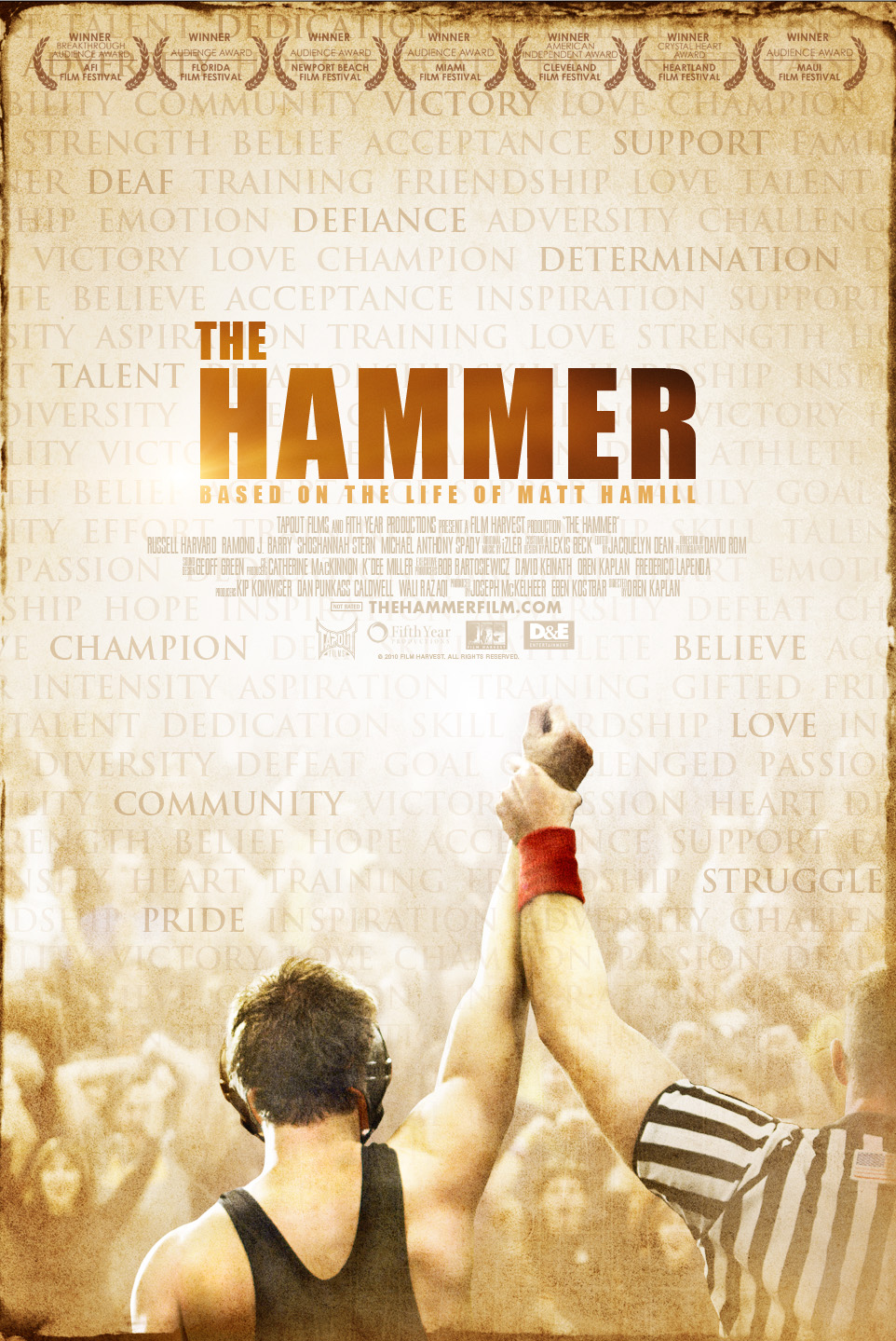 On October 27, D&E Entertainment is bringing the feature film The Hammer to digital theaters in top US markets spanning over 25 states. The release includes such cities as; New York, Los Angeles, Chicago, Detroit, Dallas, Houston, Austin, Seattle, and San Francisco, with the participation of theaters such as AMC, Rave Motion Pictures, Studio Movie Grill, UltraStar, Kirkorian, Goodrich, Santikos, and Marcus Theatres.  For more information on the cities involved; www.TheHammerPremiere.com

Actress Marlee Matlin stated “The Hammer is that rare film that tells a good story while employing a storyline featuring not one but several talented actors who are deaf. The deaf characters ring true and the producers have wisely avoided cliché portrayals of deaf characters as victims. Not only is it a great sports story filled with triumph of the spirit, it is a wonderful love story and the scenes where actors communicate entirely in sign speak louder than any scene with sound. Russell Harvard IS Hammer and is entirely believable as the deaf wrestler who rose to fame despite the barriers he faced.  An entertaining and exciting film for ALL audiences.”

Based on the life of UFC fighter Matt Hamill, The Hammer is a coming-of-age drama about the first deaf wrestler’s journey to win a National Collegiate Championship.  Raised among those with the ability to hear, Matt finds himself no less an outsider amidst the Deaf community. But through sheer determination, he turns what could be a disability into an asset, and in the process, serves as an inspiration for both those who can hear and those who cannot.

The Hammer is directed by Oren Kaplan and marks his first feature directorial debut.  The film stars deaf actors Russell Harvard (There Will Be Blood) and Shoshannah Stern (Lie to Me, Weeds) as Matt Hamill and Kristi Hamill, and Raymond J. Barry (Justified) as Matt’s grandfather.  Written and produced by Joseph McKelheer (Godspeed) and Eben Kostbar. The film’s score was composed by iZLER.